Accessibility links
Hard Financial Lessons Learned In College Many struggling families have kids in college, and they're making tough choices about whether to borrow money to pay for school. That has college kids learning to keep a strict budget to avoid falling into too much debt. 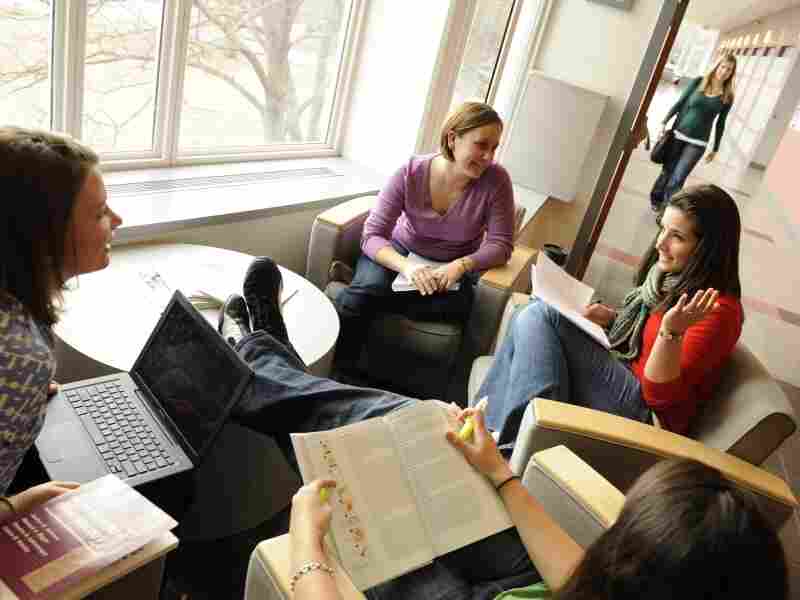 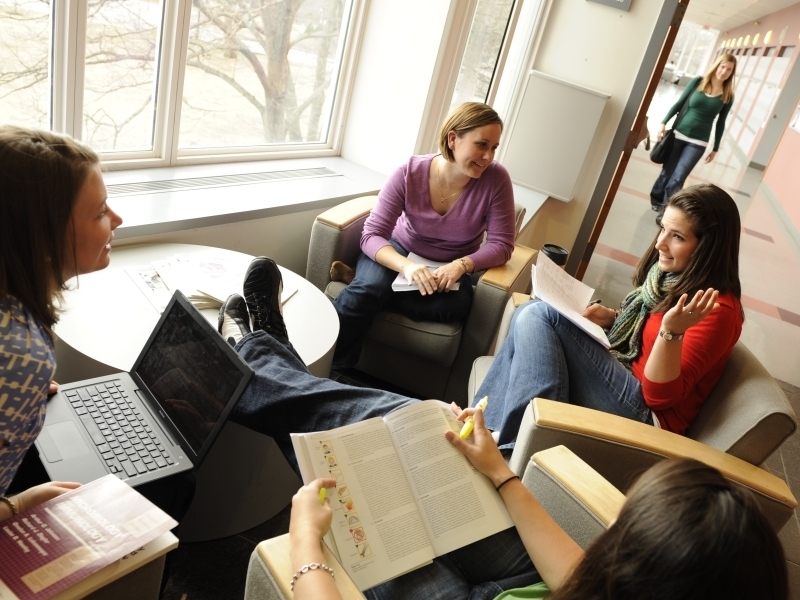 About 14 million Americans are unemployed and looking for work, and millions more are facing foreclosure. Some have kids in college, and those struggling families must make tough choices about whether to borrow money to pay for school.

Many college students, like those at the University of New England, are learning how to live on a strict budget. They're trying to avoid falling into too much debt.

Anxiety And Stress Rising On Campus

The campus at the University of New England in southern Maine is a postcard image. It's right on the bank of the Saco River, which empties into the Atlantic Ocean. A red navigation buoy floats in the water outside the lunchroom's windows.

Like many college campuses it might look like a country club, says John Langevin, assistant dean and school psychologist. But behind the scenes, many young people are under serious financial strain. Langevin says he and other mental health counselors on campus are seeing a higher-than-usual percentage of students in counseling services.

Langevin points to a recent survey by a national association of college counselors that shows a change in recent years. He says about 70 percent of counselors report higher student stress levels and more severe cases than they used to. With the economic downturn, he says, "we're also seeing an upturn in the level of severity."

Going to college always poses challenges for young people, Langevin says. But now there's sometimes the added stress of a parent who has lost a job, or in some cases, the family is losing its house through a foreclosure. 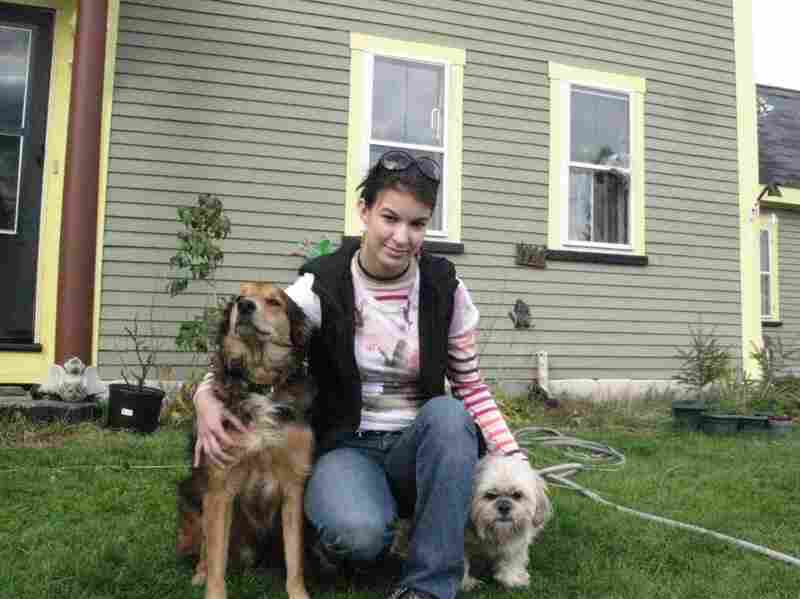 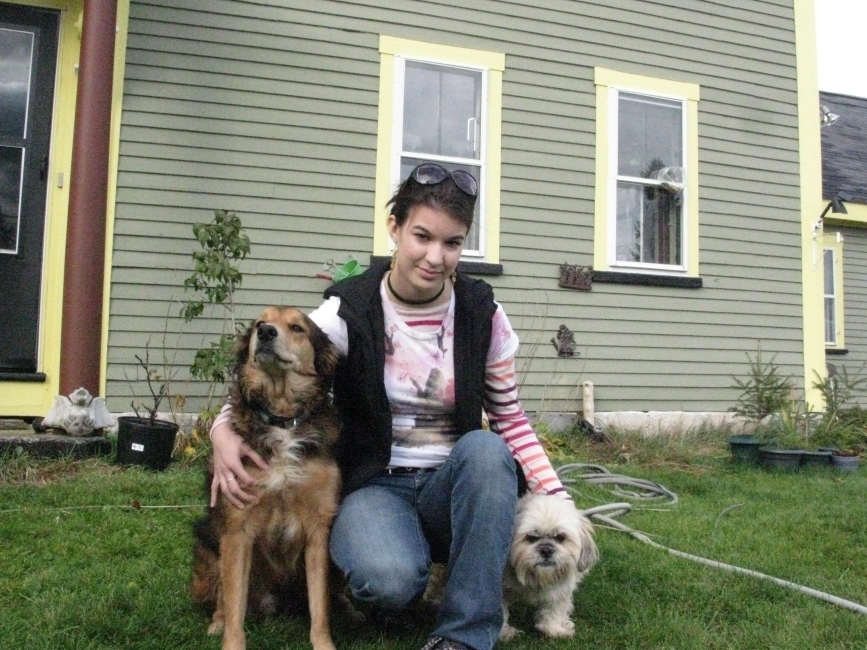 Sydney Keyser at home in Deerfield, N.H. Her mother has struggled to avoid foreclosure.

Tough Financial Lessons Outside The Classroom

All the financial pressures are making some students very aware of how much money they're spending at college. Sydney Keyser is majoring in nursing. Her mother has been between jobs and struggling to avoid foreclosure for most of the time she's been in school. Money is very tight, and Keyser says, "I think honestly it kind of makes you a little boring."

Keyser says friends are always asking her to go to the movies or out for lunch. She almost always has to turn them down. "I'm still watching everything I spend," she says, "so you become a planner." Keyser says she's found other friends who like to hang out without spending money. They'll go running or play video games.

But Keyser says there's a deeper difference between her and some of her fellow students whose families don't have any money problems. Keyser says she has to do the math on whether the money she's borrowing to go to school is worth it. She also has to think about how long it's going to take to pay it back. "It definitely puts the pressure on; you stress out," she says.

Keyser says each test isn't just about a grade. "It's about dollars and cents," she says. "You're thinking about what sort of career can get me what kind of income and how fast can I get started."

Katie Leary, 20, is also a nursing major. She was raised in a single-parent household. Leary says her mother lost her job just two months ago and that has raised some serious issues, since Leary has a sister in college as well. It's unclear how her family is going to keep paying for both kids. "So we have to find a way to make that happen," Leary says.

Easing The Strain On Students

Counselors at the university say sometimes students just disappear and go home when their family runs into financial problems. So the school is trying to do more to help them explore all their options before dropping out.

"We've actually added four additional staff people to our financial aid office over the past year and a half because we really saw this increase in students needing more help with it," says university President Danielle Ripich.

Ripich says the school is expanding the number of work-study and campus jobs available to students. It's also launching a special low-cost semester abroad option for students.

The university is doing something else that's kind of unexpected: offering free bicycles and Zipcar use to students who don't bring a car to school. University officials thought maybe a dozen students would take advantage of the offer. Instead, nearly 200 students signed up.