Accessibility links
First Listen: JD Allen Trio, 'Victory!' If you poke around enough, you can find the story of saxophonist JD Allen's internal demons, and the way he's triumphed over them to start a family and a moderately stable career in jazz. For many, though, his band's short, sweet, swinging music is winning enough on its own.

Audio and video for this feature is no longer available. 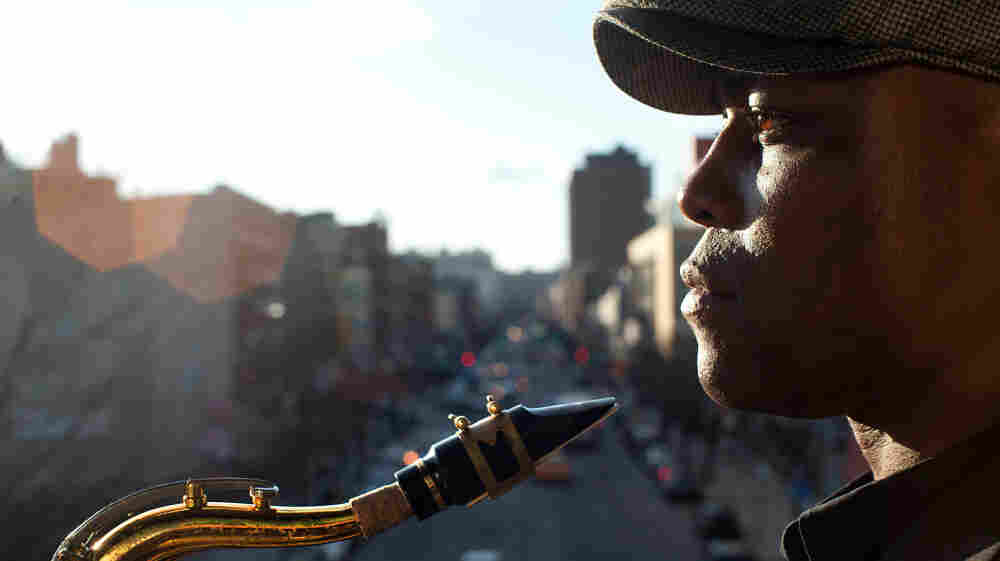 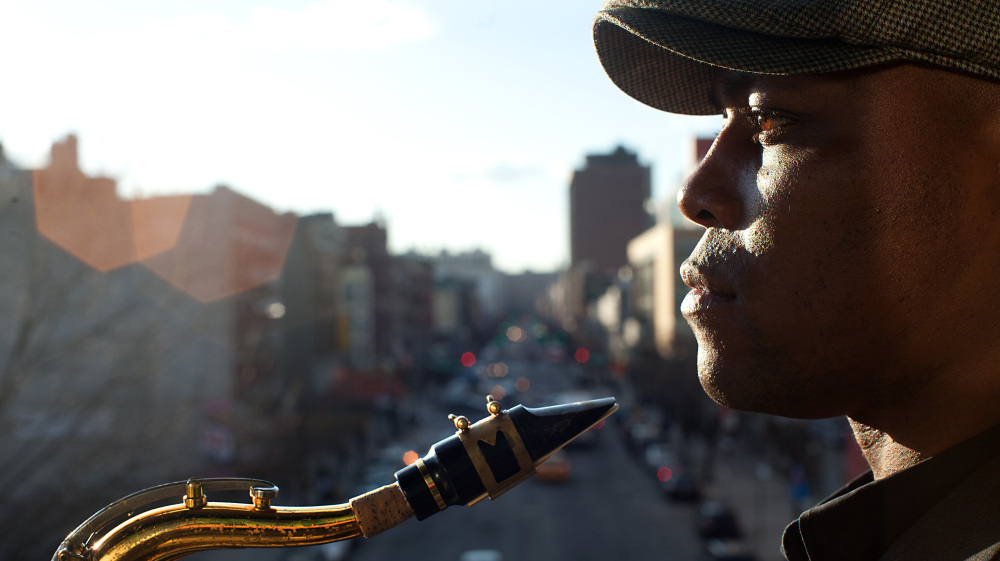 Crush Boone/Courtesy of the artist

Most of the 12 songs on Victory!, the JD Allen Trio's new album, clock in at less than three and a half minutes. All of them come in under 5:05, and the whole thing wraps up in roughly 37 minutes.

That sounds about right for a rock or singer-songwriter album, especially one from the vinyl era. It's quite unusual in jazz now, where soloists tend to state their business for a goodly while, and there's often a lot of business to go around. If you've listened to any significant amount of jazz, at some point you've probably thought, "Why is this taking so long? Can't they just get to the point already?" (You can admit it, jazz fans.)

The JD Allen Trio makes a special effort to get to the point. Allen writes these catchy little tune fragments, and then his band occupies them: establishing the melodies, extemporizing over them, efficiently tying them off. The result swings madly, and with just bass (Gregg August) and drums (Rudy Royston) backing up the saxophone, it feels both ultra-flexible — it could turn on a dime at any moment — and deeply rooted. In. BANG! Out.

Out May 17, Victory! is the third album from the JD Allen Trio. On balance, it's mellower than its antecedents, I AM I AM and Shine!, with more of that lazy, sauntering swing and fewer surgical strike-force maneuvers. (Both are present, though.) The meatier nuggets lie in the interior of this track listing, if you're super-short on time, though Allen might have you note that the record is loosely arranged in what musicologists call "sonata form." The first three tracks serve as exposition, the next seven contrast and modify those themes, and the final two constitute a recapitulation. An un-narrated documentary short called "Victory!," conceived as a 13th track at the end of the CD, is reproduced here, too.

"It's a victory for a lot of reasons," Allen says in the film. "A lot of personal reasons. And where I am in my life, for me to claim victory, takes a lot of balls." If you look hard enough, you can read about Allen's internal demons, as well as the way he's triumphed over them to start a family and a moderately stable career in music. For many, though, his trio's work is winning enough.