Accessibility links
Forgiving Her Son's Killer: 'Not An Easy Thing' It'd be easy for Mary Johnson and Oshea Israel to be enemies. After all, Israel killed Johnson's son. Israel went to prison for that — and near the end of his sentence, he and Johnson made peace. 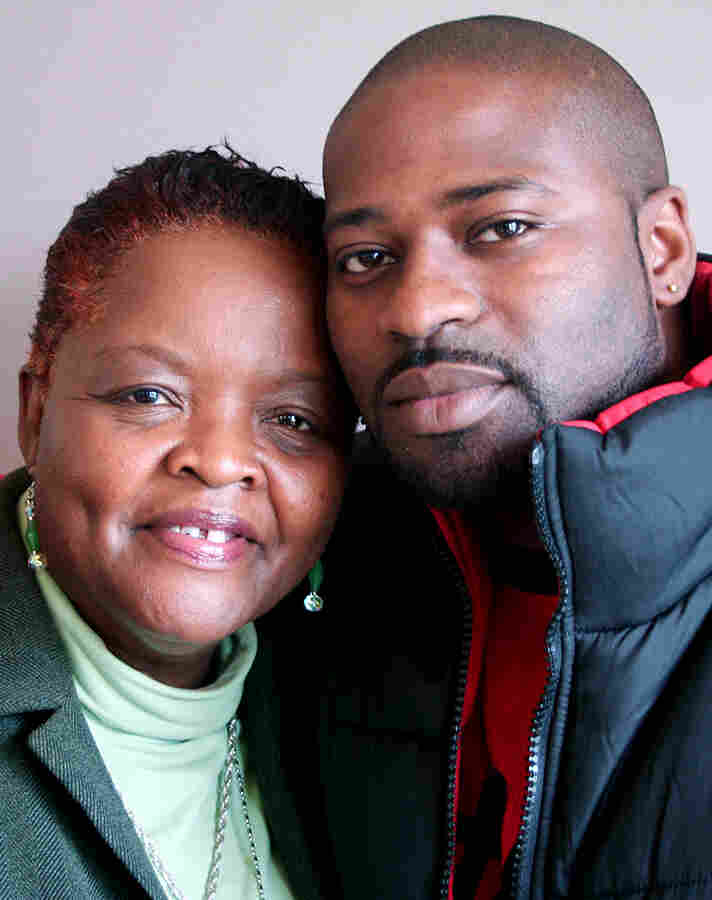 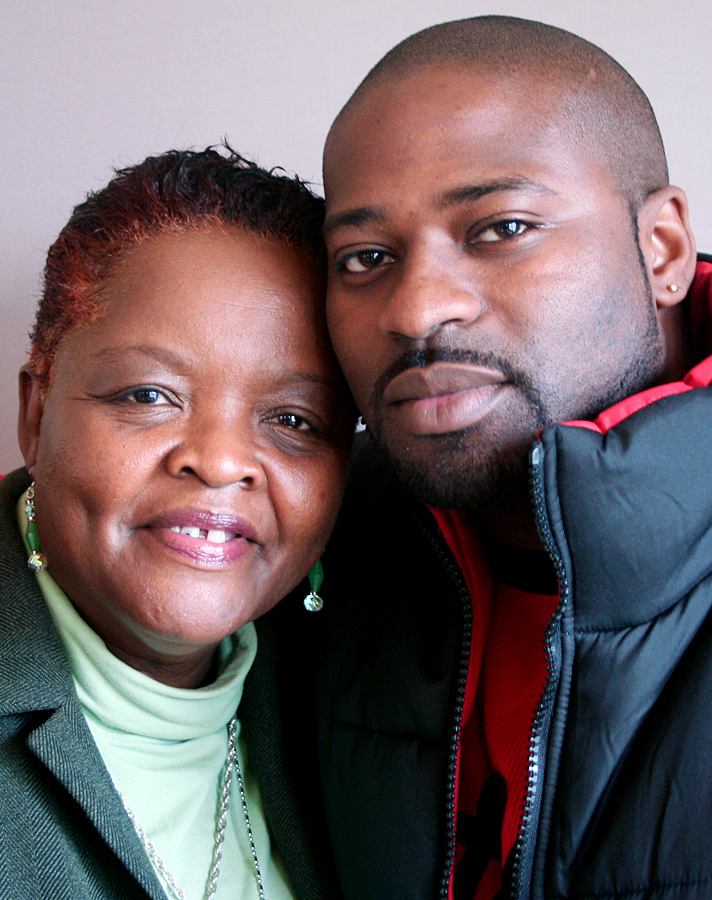 Mary Johnson, 59, spoke with Oshea Israel, 34, at StoryCorps in Minneapolis.

It would be easy — expected, even — for Mary Johnson and Oshea Israel to be enemies. After all, he killed Johnson's only son, in 1993. He went to prison for that — and toward the end of his sentence, he and Johnson made peace.

As a teenager in Minneapolis, Israel was involved with gangs and drugs. One night at a party, he got into a fight with Laramiun Byrd, 20, and shot and killed him. Oshea is now 34; he finished serving his prison sentence for murder about a year and a half ago.

Israel recently visited StoryCorps with Johnson, to discuss their relationship — and the forgiveness it is built upon. As Johnson recalls, their first face-to-face conversation took place at Stillwater Prison, when Israel agreed to her repeated requests to see him.

"I wanted to know if you were in the same mindset of what I remembered from court, where I wanted to go over and hurt you," Johnson tells Israel. "But you were not that 16-year-old. You were a grown man. I shared with you about my son."

"And he became human to me," Israel says.

At the end of their meeting at the prison, Johnson was overcome by emotion.

"The initial thing to do was just try and hold you up as best I can," Israel says, "just hug you like I would my own mother."

Johnson says, "After you left the room, I began to say, 'I just hugged the man that murdered my son.'

"And I instantly knew that all that anger and the animosity, all the stuff I had in my heart for 12 years for you — I knew it was over, that I had totally forgiven you."

Johnson founded From Death To Life: Two Mothers Coming Together for Heal­ing, a support group for mothers who have lost their children to violence.

And for Israel, Johnson's forgiveness has brought both changes and challenges to his life. 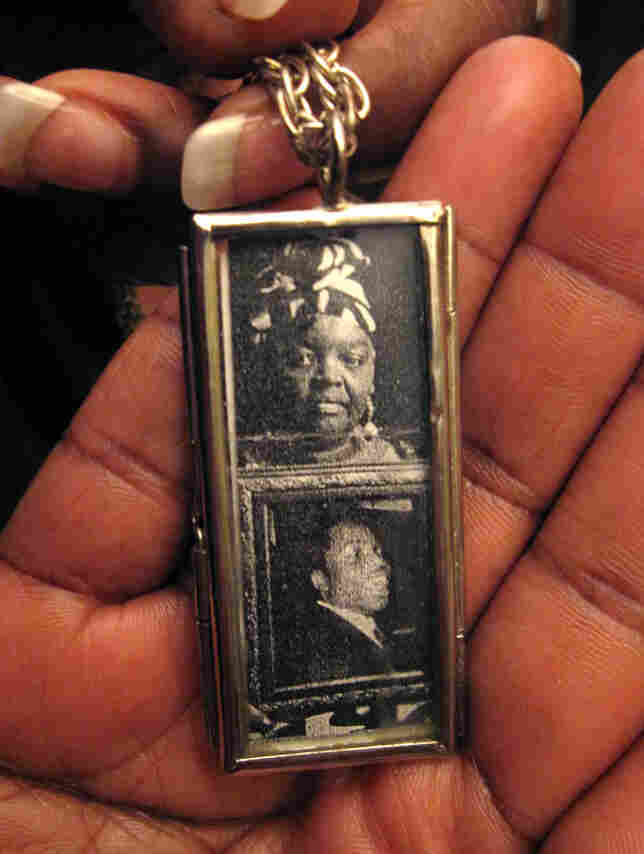 Mary Johnson holds a two-sided locket she wears on a necklace. On one side are photos of herself and her son; the other has a picture of Oshea Israel. Brian Mogren hide caption 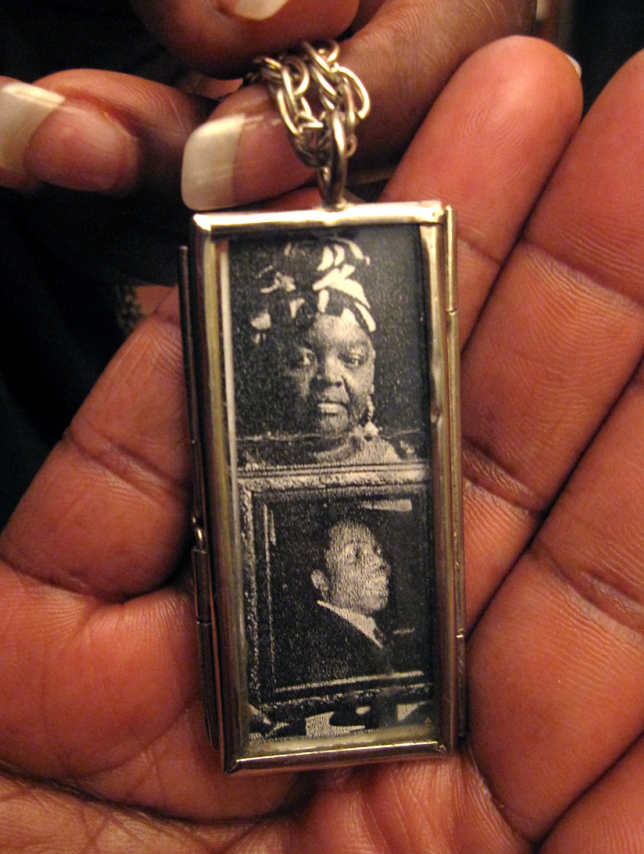 Mary Johnson holds a two-sided locket she wears on a necklace. On one side are photos of herself and her son; the other has a picture of Oshea Israel.

"Sometimes I still don't know how to take it," he says, "because I haven't totally forgiven myself yet. It's something that I'm learning from you. I won't say that I have learned yet, because it's still a process that I'm going through."

"I treat you as I would treat my son," Johnson says. "And our relationship is beyond belief."

In fact, the two live right next door to one another in Minneapolis.

"So you can see what I'm doing — you know firsthand," Israel says.

And if he falls out of touch, Israel is sure to hear about it from Johnson — who calls out to him, he says, "'Boy, how come you ain't called over here to check on me in a couple of days? You ain't even asked me if I need my garbage to go out!' "

"Uh-huh," Johnson says with a laugh.

"I find those things funny, because it's a relationship with a mother for real," Israel says.

"Well, my natural son is no longer here. I didn't see him graduate. Now you're going to college. I'll have the opportunity to see you graduate," Johnson says. "I didn't see him getting married. Hopefully one day, I'll be able to experience that with you."

Hearing her say those things, Israel says, gives him a reason to reach his goals.

"It motivates me to make sure that I stay on the right path," he says. "You still believe in me. And the fact that you can do it, despite how much pain I caused you — it's amazing."

But Israel is not the only one who's impressed.