Accessibility links
Controversy, Silent Film And 'Midnight' At Cannes The 64th Cannes Film Festival draws to a close this weekend, and critic Kenneth Turan has been in the South of France taking in the films, the sights ... and the controversy. Turan joins NPR's Renee Montagne for a festival wrap-up. 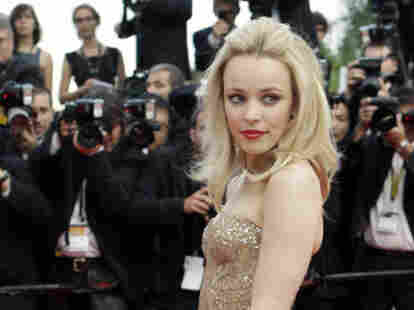 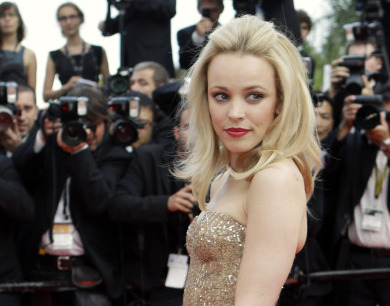 The 64th annual Cannes Film Festival draws to a close this weekend, and critic Kenneth Turan has been in the South of France taking in the films, the sights ... and the controversy.

"At that press conference he made kind of rambling comments where he expressed sympathy for Adolf Hitler [and] called himself a Nazi," Turan says. "The festival held an extraordinary meeting. The board of directors issued a press statement where they said they have declared Lars von Trier persona non grata at Cannes."

In other words, if von Trier's film wins any awards at the festival, he won't be allowed to accept them in person.

"He likes to say things that rile people up," Turan says, "and he riled people up this time more than he anticipated."

But von Trier's comments weren't the only thing getting people excited at this year's festival. Turan reports that some audience members actually booed at a screening of filmmaker Terrence Malick's The Tree of Life, which stars Brad Pitt and Sean Penn.

Malick's much-anticipated film tells the story of a boy's relationship with his father, but, Turan says, it's really about the meaning of life.

"This is a film where Terrence Malick grapples with big themes, and sometimes that works and sometimes it doesn't," he says. "It frustrated some people. But as soon as people booed, other people started to applaud. It was kind of a back and forth, so this is a film that's going to divide people."

Beyond the more contentious entries, one festival favorite has caused a very different kind of uproar. Filmmaker Michel Hazanavicius' The Artist is a modern-day silent film set in 1920s Hollywood and filmed on location in California.

'Midnight In Paris': Woody Allen's Best In A Decade

"This is just a completely charming film," Turan says. "It just has delighted and surprised everyone who's seen it. There have been riots in front of screenings; people are dying to get in. This had been a big, big unexpected success."

Turan's last standout favorite is the festival's opener, Woody Allen's Midnight in Paris. He says the film, which stars Owen Wilson and Rachel McAdams, can be summed up in one word: fun.

He says Midnight in Paris is the kind of thing many have given up expecting from Woody Allen. But, he says, "We've gotten it this time."