Accessibility links
Wake Up And Smell The Evolution Humans aren't the only brainiacs around — most mammals have large brains for their body size. But how did we get so darn cerebral? Turns out mammalian brain evolution went hand in hand with developing an excellent sense of smell. 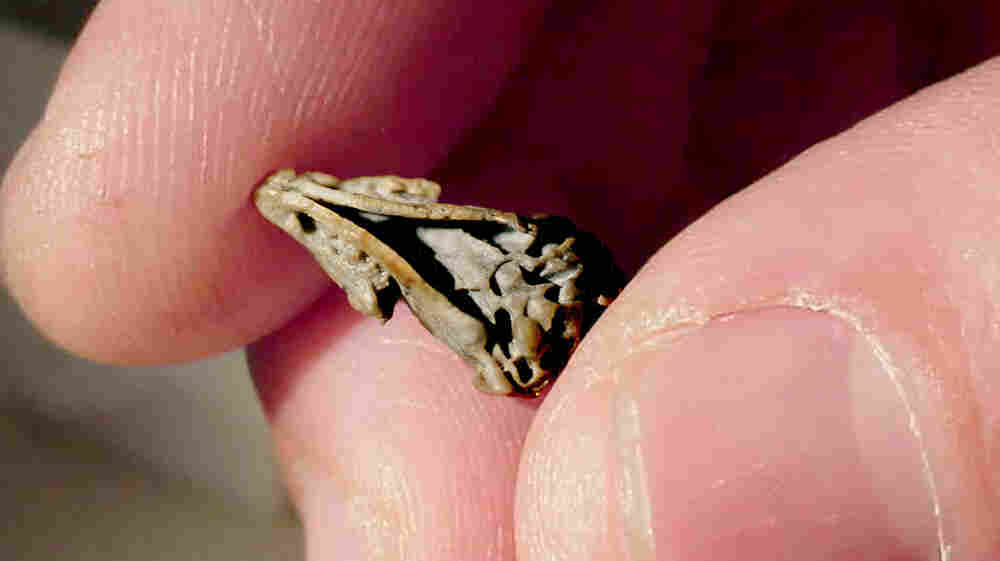 The skull of Hadrocodium wui -- a tiny, ancient ancestor of modern mammals — whose improving sense of smell and ballooning olfactory bulbs heralded the evolution of the mammalian brain. Klinger and Luo/Carnegie Museum of Natural History hide caption 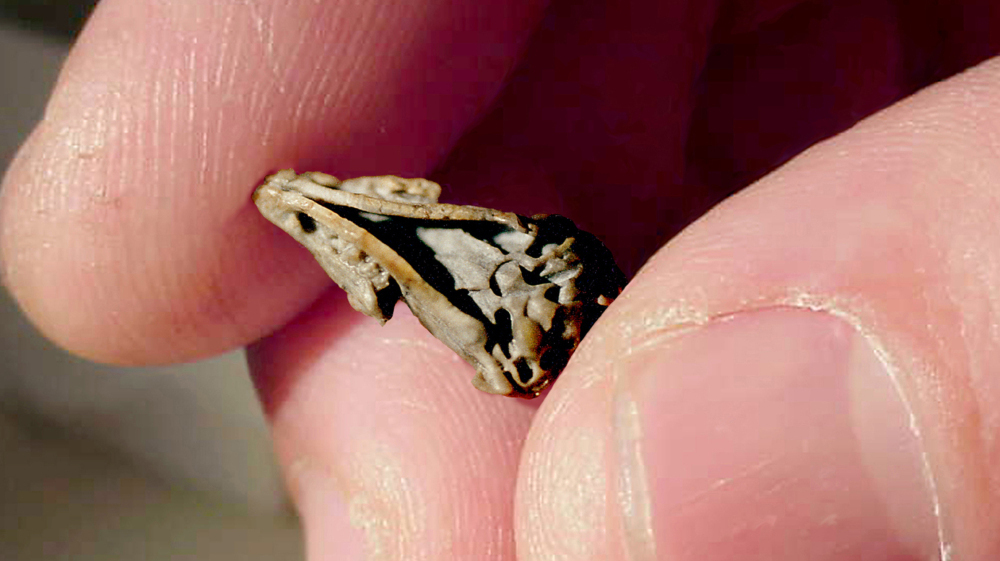 The skull of Hadrocodium wui -- a tiny, ancient ancestor of modern mammals — whose improving sense of smell and ballooning olfactory bulbs heralded the evolution of the mammalian brain.

We humans can brag about our large brain, but in fact most mammals — from aardvarks to zebras — have big brains for their body size. For years, scientists have wondered what evolutionary forces pumped up the mammal brain so much, and now they may have an answer.

Tim Rowe, a paleontologist at the University of Texas, says part of the mammal brain grew larger as mammals became better sniffers. The evidence comes from the tiny skulls of two kinds of reptile that lived in China about 200 million years ago. These reptiles are believed to have evolved into the first mammals.

"We looked at them and went, 'Wow, these are crown jewels,' " Rowe recalls. "But they were so tiny, and all we could do was put them behind a microscope and study their external surfaces." 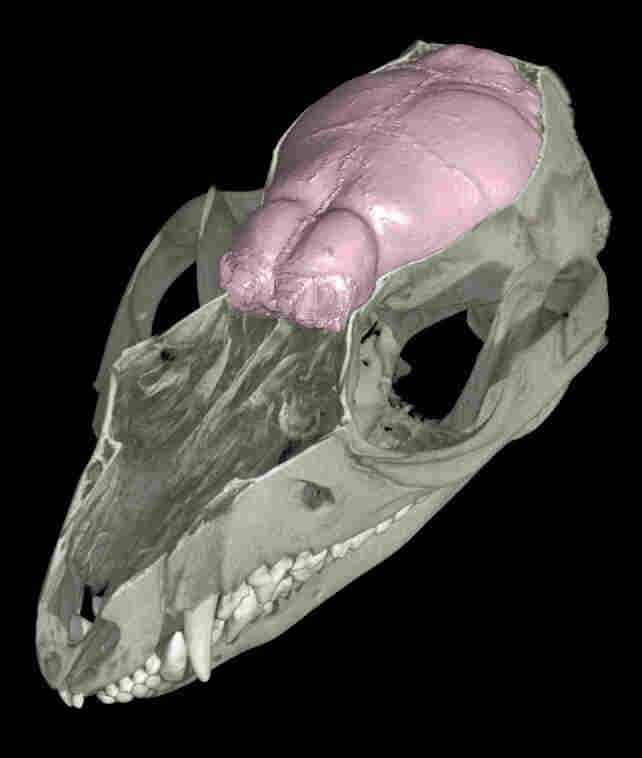 CT scans of fossil Hadrocodium skulls allowed scientists to reconstruct its brain. The olfactory bulbs, located at the front of the brain, grew steadily larger as millions of years passed. Matt Colbert/University of Texas at Austin hide caption

That was over 20 years ago. Rowe asked if he could break open the cranium and make a cast of the inside to see the shape of the brain that once sat there. The fossil owners said no way. So Rowe waited decades until he developed a way to make a digital image of the inside of the cranium, using a CT scanner like those used in medicine.

Rowe made brain images of several specimens that lived millions of years apart. And he noticed that the brains changed over time. The smelling part — the olfactory bulb — kept growing.

Over millions of years, the whole olfactory apparatus got bigger.

And so did parts of the brain that process tactile information — not from skin but from hair, one of the things all mammals have. Hair wasn't just for warmth; it provided mammals with important information.

"They were moving in and out of burrows and up and down on trees," says Rowe. "Their hair offered a lot of sensory information that helped them balance and navigate through this environment."

* This relative smelling ability was calculated by comparing the number of genes that code for olfactory receptors found in each animal.

So mammals whose brains made them better smellers and movers survived better.

But then, why did mammals develop super smell and touch? After all, everyone needed a leg up in a dog-eat-dog world.

Well, Rowe suggests this: It was a dinosaur's world back then. Dinosaurs probably hunted during the day, so it behooved tasty little mammals to stay out of sight until it got dark.

"Once the dinosaurs had bedded down for the night, that's when the mammals came out and started sniffing around for insects, insect larvae and other things that lived in the soil, like worms," Rowe says.

And at night, smelling and feeling were more useful than, say, good vision.

Glenn Northcutt, a neurobiologist at the University of California, San Diego, notes that other parts of the brain in these reptiles were growing, too — areas for motor coordination, for example. He says all of these changes actually may be part of the evolution of something bigger than smell or touch — warm-bloodedness. Warm-blooded animals didn't need the sun.

"The advantage is that it allows you to operate, to use the world at a time that reptiles can't," Northcutt says.

He says questions about the deep past are hard to answer. But they're fun.

"We all are interested in where we came from and how we came to be," he says.