Accessibility links
Gip's Place: A Blues Lover's Dream The Bessemer, Ala., juke joint offers young players an opportunity to hone their chops with the pros. 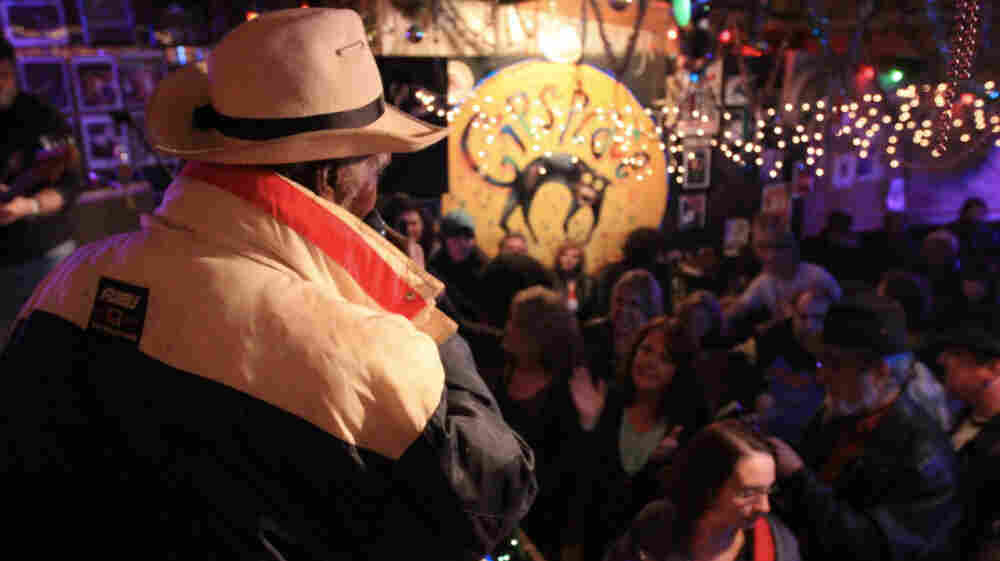 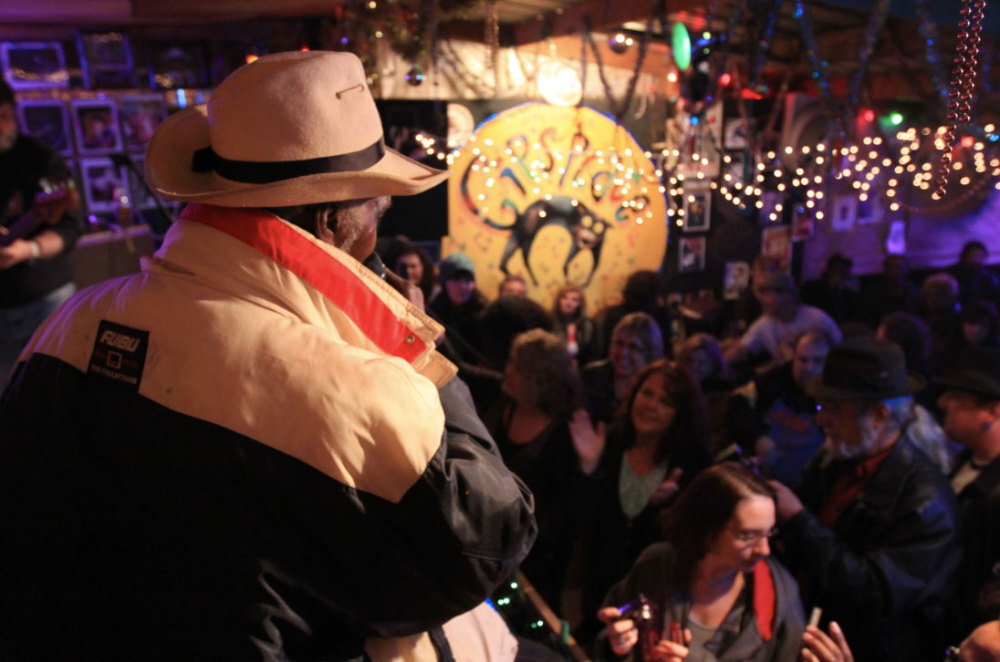 Owner Henry Gipson (aka Mr. Gip) addresses the crowd at Gip's Place in Bessemer, Ala.

In a residential neighborhood in Bessemer, Ala. — about 20 miles from Birmingham — sits a blues lover's dream: an honest-to-goodness juke joint. Gip's Place is one of a precious few musical roadhouses still hanging on in this country.

You hear Gip's Place before you ever spot it. Tucked away down a small ravine with no sign out front and some old Christmas lights strung about, you really have to work to find Gip's. The town of Bessemer has tried to help out a bit by putting up orange detour signs, which eventually lead you to the place, and to Mr. Gip.

There is a temptation to describe Henry Gipson — his real name is Herman, but he says everyone calls him Henry — as straight out of blues central casting. That is, until you realize that everything about the man is strictly genuine. His hand swallows yours when you shake, and his smile is just as embracing. In a red, white and blue nylon jacket and white fedora with its wide brim turned up on one side, Gipson is nursing a crinkled can of Budweiser in a room adjacent to his tin-roofed establishment.

"I love old blues: John Lee Hooker, Muddy Waters, Lightnin' Hopkins, Slim Harpo," Gipson says. "These are my type of blues that I love, and I can't get them out of my head." 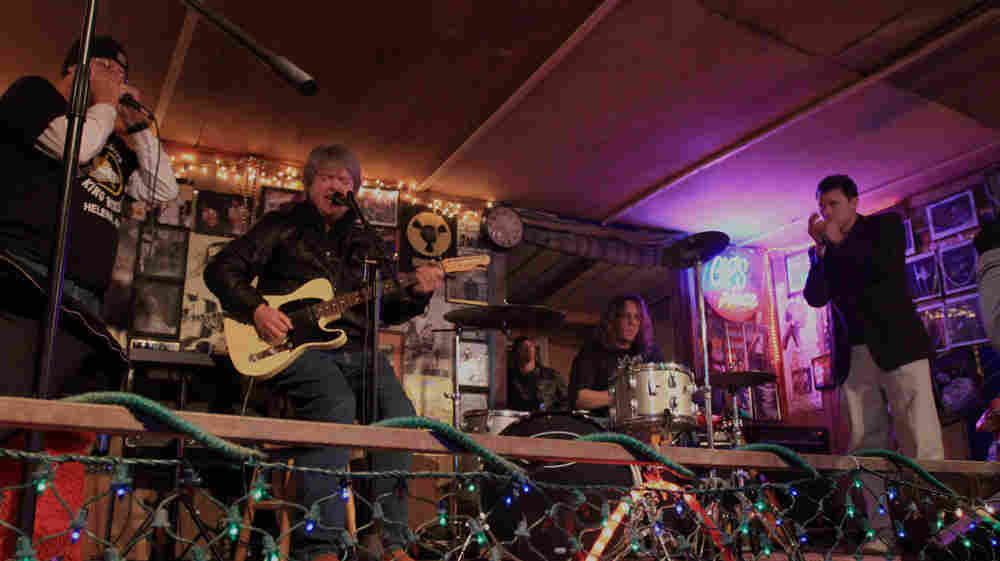 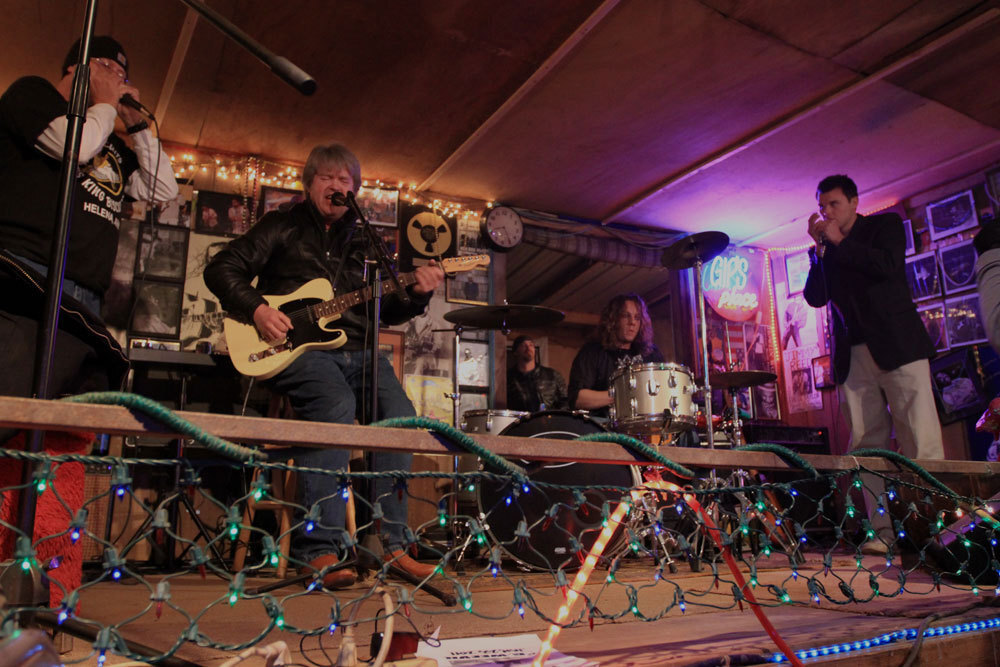 Gipson has celebrated his 86th birthday about five or six times, we're told. In those years, he says, he's been struck by lightning and run over in a stampede. A singer who retired from the railroad, he's a gravedigger who owns a cemetery.

Gipson has always been famous for his hospitality, whether it be with the locals he's known for decades or the wide-eyed college kids just discovering some gut-bucket blues. When he opened his place back in 1952, it was little more than a glorified tent. Now, still several degrees removed from spiffy, the roadhouse has been fixed up — but not so much that it's lost its down-home appeal, says guitar player Lenny Madden, who functions as the house emcee.

Sixty or so blues fans cram shoulder to shoulder in here tonight, but people still find room in front of the stage to squeeze in a dance. The crowds have increased in recent years, as more people from outside the neighborhood have discovered Gip's. And that's fine with Gipson.

"We don't have no colors here," Gipson says. "There's no black and white." 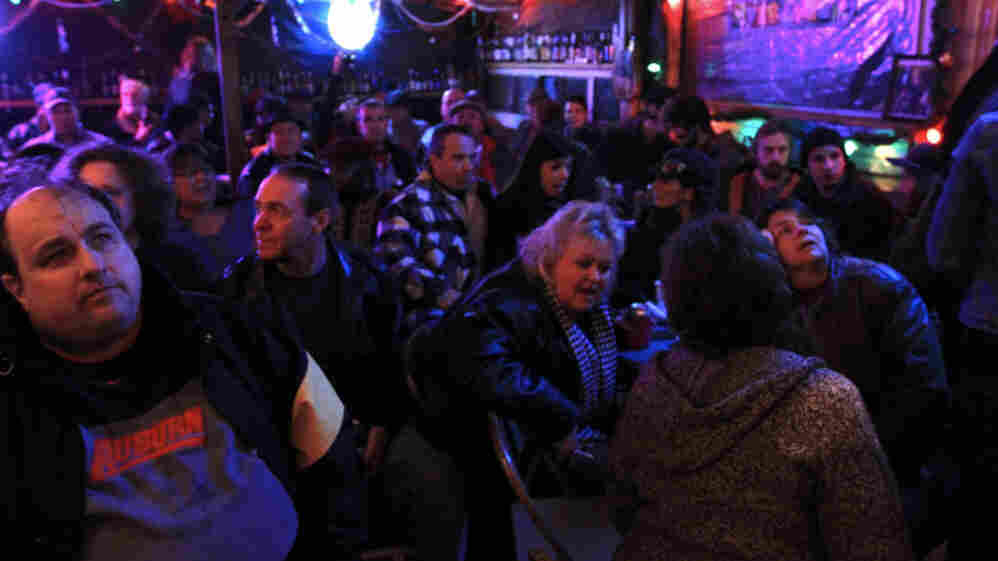 In the warm weather, the crowd usually spills outside into the yard. Inside, the walls are festooned with posters of Muddy Waters, Slim Harpo and Robert Johnson and a large portrait of a crazed-looking cat with Gip's Place written above it. The town of Bessemer regards Gip's as a house party, so regulations are casual; hence, the cloud of cigarette smoke and the individual private coolers full of beer.

"I've come here about three times, and the first time I came I was hooked because the music is so doggone good," says Vivian Eyekner, a quasi-regular recently arrived from Tennessee. "It's all cultures: black, white, Mexican, whatever. Just good soul music. And that's what it's about: people getting together and having a good time, no matter what."

Ken Hoffman is a first-timer here.

"I have lived in Bessemer for 15 years, and I didn't know this was here," Hoffman says. "The drummer that's playing tonight was at our house hooking up my cable system, and he said he was playing drums tonight and he explained how to get here. That's why we're here."

"So, you know, we get bands like Bobby Rush," Stevenson says. "I shouldn't have paid him one-fifth or one-tenth of what he'd normally get, but he wanted to come on down here."

Come on down, because Rush and other musicians know that Gip's is the real deal — not some House of Blues re-creation.

What's equally important to Henry Gipson, Roger Stevenson adds, is that younger players are offered an opportunity to sit in and hone their chops with the pros.

"And he said to me, 'They might not be really good' and, 'How are they going to get better if we don't get them up with the good guys and get them enthusiastic enough to go home and practice?' " Stevenson says. "So he's very much about helping young people."

And, yes, there have been offers from businessmen to transform this juke joint into a comfortable 700-seat venue, complete with a nice, wide bar. But, then, it just wouldn't be Gip's Place.