Accessibility links
Biopunks Tinker With The Building Blocks Of Life Journalist Marcus Wohlsen's new book explores the world of biopunks — amateur biotechnologists who believe science should be available to all, not confined to universities and corporate labs. 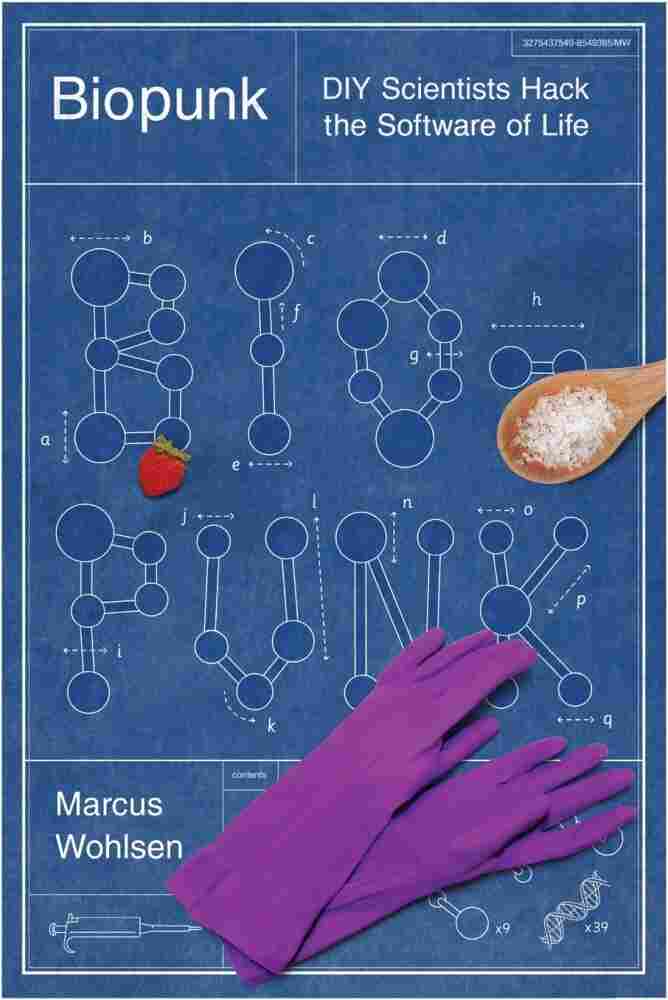 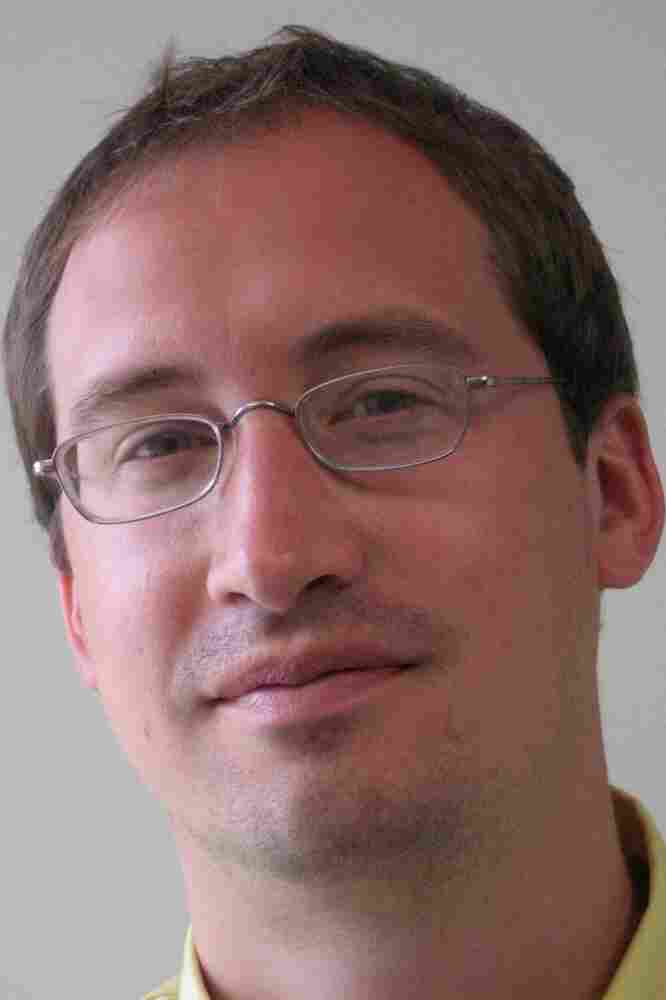 Journalist Marcus Wohlsen is a reporter for The Associated Press, focusing on biotechnology, genetic testing and bioethics. You can follow him on Twitter @MarcusWohlsen. Jeff Chiu/ hide caption 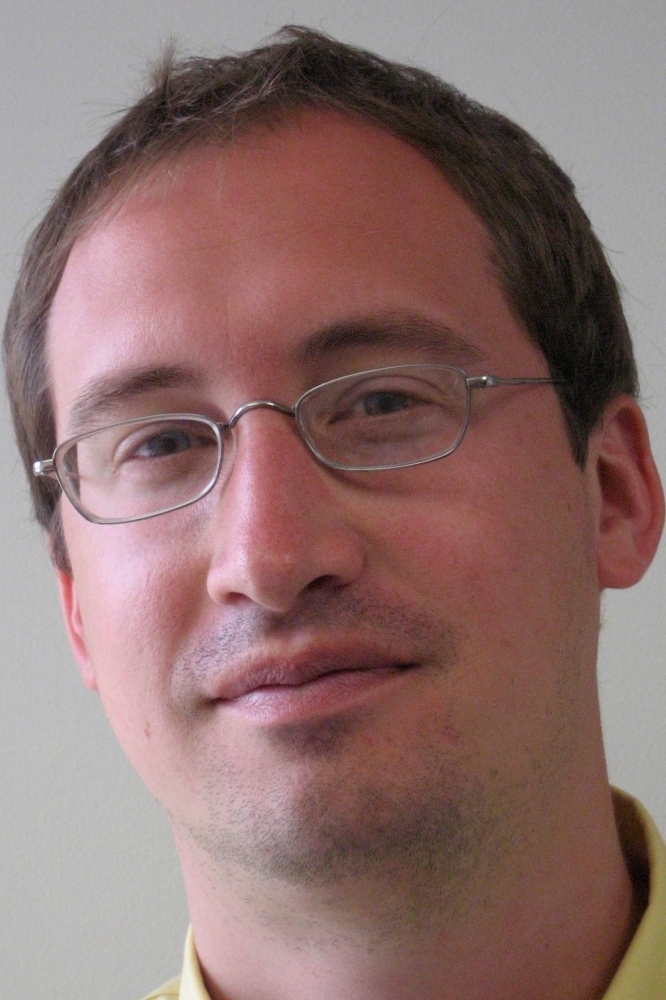 Journalist Marcus Wohlsen is a reporter for The Associated Press, focusing on biotechnology, genetic testing and bioethics. You can follow him on Twitter @MarcusWohlsen.

But there's a group of amateur scientists that believes it shouldn't be that way — that anyone with the ability and a few spare parts can start tinkering with the building blocks of life. They call themselves biopunks, or biohackers.

Wohlsen has written a new book about the movement: Biopunk: DIY Scientists Hack the Software of Life.

He says biohackers probably won't do anything like curing cancer; that's too complicated a task. But what they're doing is still important — taking castaway bits of mainstream science and making them useful.

"One of the real sort of tenets of the biopunk movement is resourcefulness," he says. "A sense that we're going to do it however we can figure out how to do it."

Wohlsen points to the example of Kay Aull, an undergraduate at the Massachusetts Institute of Technology who was worried that she might develop the same genetic disorder her father suffered from. It's called hemochromatosis, an inability to absorb iron that if left untreated can destroy the liver, heart and pancreas. Rather than take an expensive test for the disorder, Aull decided she would design her own DIY genetic test.

Using things she found in her kitchen and a few pieces of equipment found at a discounter online, Aull was able to build herself a working lab. "She actually was able to fit it all in her closet," Wohlsen says. "This isn't some sprawling, white lab-coat affair. And she told me she appointed her cat her chief safety officer. She said, 'If it's too dangerous for him, it's too dangerous for me.'"

But what about the danger that unregulated amateur biotechnology might pose? Wohlsen says we shouldn't worry too much.

The most disruptive force on the planet resides in DNA. Don't believe it? Only five days into the 2009 swine flu outbreak, the swapping of a few genes in a virus native to pigs shut down Mexico. Schools closed. Churches were shuttered. Mexico City's famed Cinco de Mayo parade was canceled.

In the United States, a few dozen cases of the flu caused by the genetically novel virus sent airline stocks tumbling. Pundits muttered about economic recovery being stopped in its tracks. Russia and China barred U.S. pork imports. Europe warned against travel to North America.

In the weeks that followed, the world discovered the new swine flu strain was not as deadly as originally feared. But its potential for sowing social and economic chaos was already clear.

But imagine you did have control. Imagine the genetic changes that transform a harmless bit of DNA into a lethal germ were something you could see. And not only see, but understand. And not only understand but change.

Of all the things to worry about at the onset of a possible global pandemic, Cowell's slightly cryptic concern seemed low on the list. But the impish twenty- four- year- old could trust that his hundreds of Twitter followers knew what he meant and why it mattered.

Cowell is the cofounder of a group called DIYbio. Based in Cambridge, Massachusetts, Cowell and his cohort believe that biology is too important to be left in the hands of experts. By this they mean that the life sciences as practiced by academics, corporations, and the government are hamstrung by politics and bureaucracy in ways that make cumbersome the beneficial applications of the latest life-science discoveries. They also believe that computers, genetics, and engineering are fast converging toward a single point where tinkerers and hobbyists without advanced degrees will soon be able to perform sophisticated feats of genetic engineering at home.

Over the past decade, scientists have made blistering advances in decoding DNA, human and otherwise. The three billion pairs of chemicals identified by the letters A, C, T, and G that make up human DNA took the Human Genome Project $2.7 billion and thirteen years to read, an earth- shaking project finally completed in 2003. Better computers, software, and optics are the main technological advances that have made this explosion in genetic data possible. As that avalanche of information has piled up, biologists have remarked upon the striking similarity between the code used to program computers and the genes that encode our living selves. The more geneticists learn, the more tempting it is to think of DNA as the software of life.

When a global pandemic is looming, there can be no target riper for the hacking than the swine flu itself. Supporters of open- source software contend that their movement has shown the superiority of allowing creative minds to come together for a common purpose. Without the rigid restraints of ownership, they argue, ideas flourish. In the end, you get Linux, the fast, fun, free alternative to Windows. Lock up the code in the bowels of a centralized bureaucracy where ideas are compromised by the profit motive, and you get Windows Vista, Microsoft's quickly discarded upgrade to XP. Biohackers like Cowell believe that applying that same logic to pandemics could yield the quickest, smartest results, and that leaving the task to government agencies and big pharmaceutical companies means the person with the brightest idea may never get a chance.

In the twenty- first century, the vaccine to fight swine flu was manufactured using millions of chicken eggs, a wildly inefficient process in use for more than fifty years. Methods exist to improve upon this primitive method, but industry and government have yet to scale up the technology, even in the face of what was seen as swine flu's dire threat. Biohackers say step aside and let others try, or at least make room at the lab bench.

"It's a truism that innovation comes from putting a lot of people with different expertise in a room together and asking them to solve a problem together," Cowell told me. "Biology's really fundamentally no different from cooking most of the time."

It's another truism that if you can figure out how to kill a pathogen, you may also be able to figure out how to make more. This is one important way in which home-brew biotech departs from basement beer making and from more traditional hacking. A cook experimenting in the kitchen can end up with a fallen souffle. A biohacker who is either careless and unlucky or brilliant and evil could someday theoretically unleash a swine flu variant that resists all treatment by known antivirals and has no off switch.

The disruptive power of DNA changes the terms of the open-source argument. In computer software, knowing the source code allows a hacker to make an app that serves good or destructive ends. The terminology comes straight from biology: Malicious code is a "virus." A "contaminated" computer is "infected." Compromised computer security can create havoc. A hacked defense system in theory could send missiles skyward. But the mad scientist worst- case scenario conjured by the idea of biohacking stirs more primal fears. Tomorrow's Dr. Frankenstein would not be building a human- sized monster to stalk the villagers in plain sight. Today's most promising technologies for reading and writing DNA stir worries that he or she would be in the kitchen synthesizing a microscopic superbug no one could see even after it was too late. And maybe the blueprint for that germ would start with the genetic code for a flu virus available to anyone with an Internet connection.

Once scientists had isolated the swine flu virus shortly after the initial outbreak, it was a trivial effort to sequence the pathogen's entire genetic code. Before long, writing that code to create new viruses from scratch may become just as easy. In that light, offering that code to anyone who wants it looks as much like a path to destruction as to innovation. As the swine flu and ensuing panic demonstrated, a hacker could maximize malice by infecting the human network. Digital destruction can undermine economies and infrastructure. Viruses made from carbon rather than code can kill.

It's possible that science will never be able to create novel bacteria or viruses able to match the destructive power of pathogens evolution has perfected over billions of years. Even so, the federal government fears terrorists will turn to biology as their weapon of choice for the next major terror attack against the United States. If that happens, the culprits probably will not even need the latest tools of genetic engineering to inflict destruction. Nature already offers up a rogue's gallery of poisons and pathogens known for their ability to maim and murder. And figuring out how to brew them up hardly takes a master's degree.

Like any powerful technology, biotech carries the potential to both help and harm. The key question in the democratization of genetic engineering is whether putting the tools and techniques of biotech into the hands of more people will tip that balance. Within the walls of major scientific institutions, biotech has yielded the most promising cancer drugs to date. Well- funded professionals are also able to create genetically augmented germs extra well suited to kill. Will more people operating with less supervision unleash biotech for better or worse? Ready or not, we may soon find out. 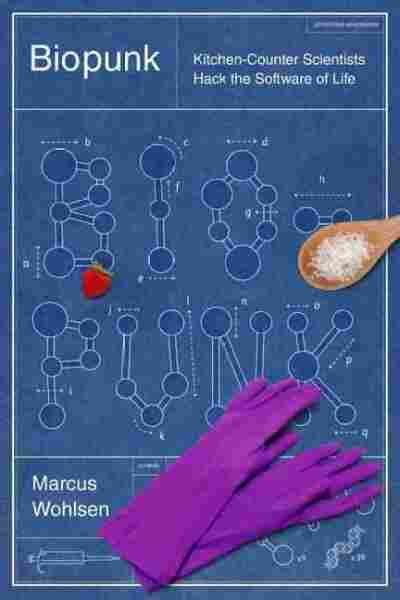