Accessibility links
Univision: The Fastest-Growing TV Network In America It's not Fox, CNN, or MSNBC. Univision is growing faster than any network on television — and it's not all Spanish-language soap operas. The network is poised to play a major role in the 2012 elections. 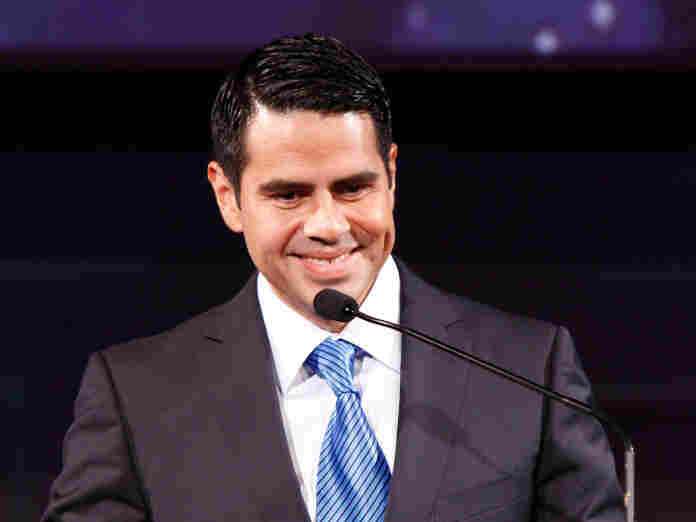 Univision Networks President Cesar Conde attends a charity gala in New York City. Millions of viewers tune in to Univision each week, and it's growing faster than any other TV network in the country. Mark Von Holden/Getty Images hide caption 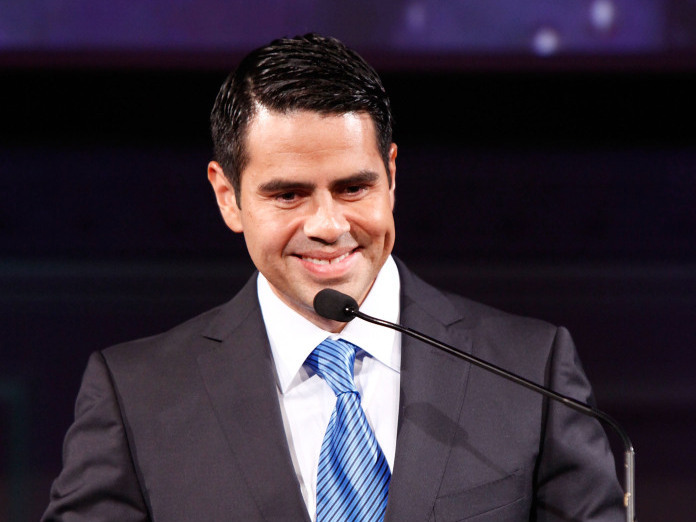 Univision Networks President Cesar Conde attends a charity gala in New York City. Millions of viewers tune in to Univision each week, and it's growing faster than any other TV network in the country.

One TV network is serving the fastest-growing consumer population in the country — at times edging out ABC, NBC and CBS in the coveted 18- to 49-year-old viewer demographic. And it isn't broadcast in English.

It's Spanish-language network Univision, which began as a small TV station in San Antonio in 1961. Now, with millions of viewers tuning in each week, it's growing faster than any other broadcast network on television.

"We feel it's important that we step up and provide that type of programming our community is asking for."

'Our George Clooney, Every Single Night'

What's the Spanish-language and Hispanic community asking for? A wide genre of programming akin to any English network: news, information and entertainment — with a growing cultural relevance for its audience.

Take Spanish-language soap operas, known as telenovelas. They're not soap operas in the American sense. They're broadcast during prime time, every night of the week.

And for an actor in the Spanish-language or Hispanic media space, Conde says, starring in a telenovela can be "the apex of their career" — what starring in a Hollywood blockbuster is for English-speaking actors.

"We have our George Clooney, our Brad Pitt, our Angelina Jolie — every single night," he says. "Must-see TV that occurs every single day in episodic continuation."

"A lot of our audience is coming to us because they want to know what's going on in their country of origin," Conde says. "That gives us a little bit of a different perspective, I think."

Univision may lean international, but it doesn't stray far from American news and politics. These days it's not unusual to see an interview with House Speaker John Boehner, Rep. Michelle Bachmann (R-MN) or first lady Michelle Obama on the network. Even President Obama recently appeared in a town hall-style meeting on Univision, which struggled to book big-time newsmakers as recently as 2007.

"Sometimes if people don't speak Spanish, they're a little uncomfortable at first," Conde says. "However, anyone that has come on has realized this is an incredibly effective way to reach a community that before wasn't being spoken to directly."

Univision sees even more opportunities to reach its audience right around the corner — with an upcoming presidential election in Mexico and the 2012 elections in the U.S. The network plans to launch a 24-7 news channel in 2012.

"Our community is becoming much more active from a civic engagement perspective," Conde says. "Everyone's going to be talking about the Hispanic vote and trying to understand it."