Accessibility links
The Heart Of Dean Young's Pre-Transplant Poetry The poet's latest collection, Fall Higher, was published just days after he received a life-saving heart transplant. Now, Young is on the mend, but his book recalls when he was staring down death. 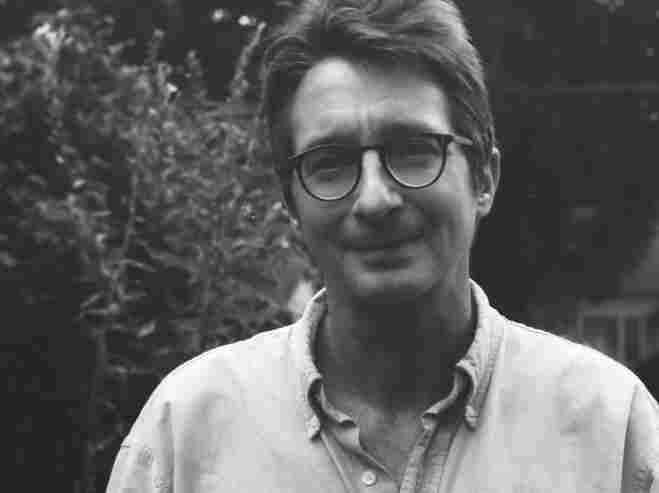 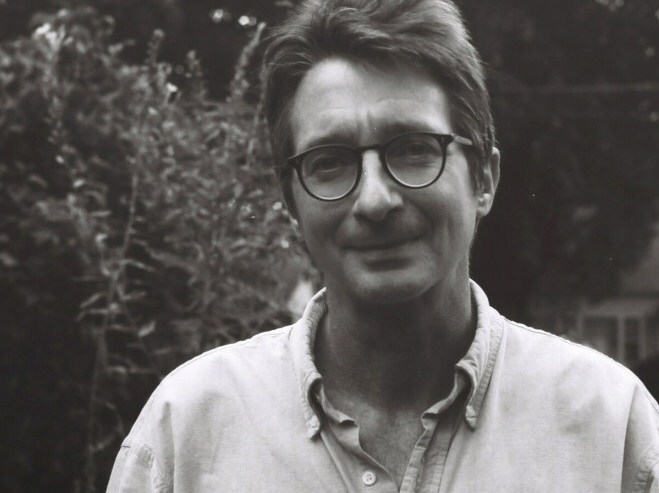 Dean Young has published more than 10 books of poetry. He was diagnosed with congestive heart failure more than a decade ago.

Poet Dean Young has dealt with impermanence a lot in his career, but it's a particularly poignant theme in Young's latest collection, Fall Higher. The new collection was published in April, just days after the poet received a life-saving heart transplant after about a decade of living with a degenerative heart condition.

Young, whose work is often frank and rich with twisted humor, tells NPR's Renee Montagne that as he recovers from surgery, he's also slowly returning to his everyday writing habits.

"I'm getting back to it," Young says. "Not with the sort of concentration and sort of gusto that I look forward to in the future, but I am blackening some pages."

And on those blackened pages you'll find poems like "How Grasp Green," which carries themes of springtime and rebirth. It's one of the first poems Young has written since his transplant.

It's easy to spot clues to Young's dire health situation in the lines of his poetry.

Fall Higher's "Vintage" opens with, "Because I will die soon, I fall asleep/during the lecture on the ongoing/emergency." And the poem "The Rhythms Pronounce Themselves Then Vanish" — published in The New Yorker in February — opens with the CT scan that revealed Young's heart condition:

After they told me the CT showed
there was nothing wrong with my stomach
but my heart was failing, I plunked
one of those weird two-dollar tea balls
I bought in Chinatown and it bobbed
and bloomed like a sea monster and tasted
like feet and I had at this huge
chocolate bar I got at Trader Joe's
and didn't answer the door even though
I could see it was UPS ...

Young says "Rhythms" was written about the beginning of his illness.

"I had been having a lot of abdominal pain so that I could hardly walk a block. I got sent to a gastroenterologist and he did a bunch of tests, and then the tests came back to me and it was all heart related," he says. "And the outlook wasn't good."

Matters Of The Heart

Hearts tend to come up a lot in poetry, and that's especially true of Young's work, which has clearly been influenced by the troubles of his own anatomical heart.

"A lot of times, it's not just a metaphor," Young says. "For me, it's an actual concern because I've been living with this diagnosis for over 10 years. My father died when he was 49 of heart problems, so it's been a sort of shadowy concern for me my whole life."

But Young's poems also deal with more abstract matters of the heart. He wrote Fall Higher's "Late Valentine" for his wife. It reads,

We weren't exactly children again,
too many divorces, too many blood panels,
but your leaning into me was a sleeping bird.
Sure, there was no way to be careful enough,
even lightning can go wrong but when the smoke
blows off, we can admire the work the fire's done
ironing out the wrinkles in favor of newer ones,
ashy furrows like the folds in the brain
that signal the switchbacks and reversals
of our thought and just as brief. Your lips
were song, your hair everywhere.
Oh unknowable, fidgeting self, how little
bother you were then, no more
than a tangerine rind. Oh unknowable
other, how I loved your smell.

"[We've been married] since late November and most of it has been spent in the hospital," Young says of his marriage to poet Laurie Saurborn Young. "She says ['Late Valentine' is] very sweet." 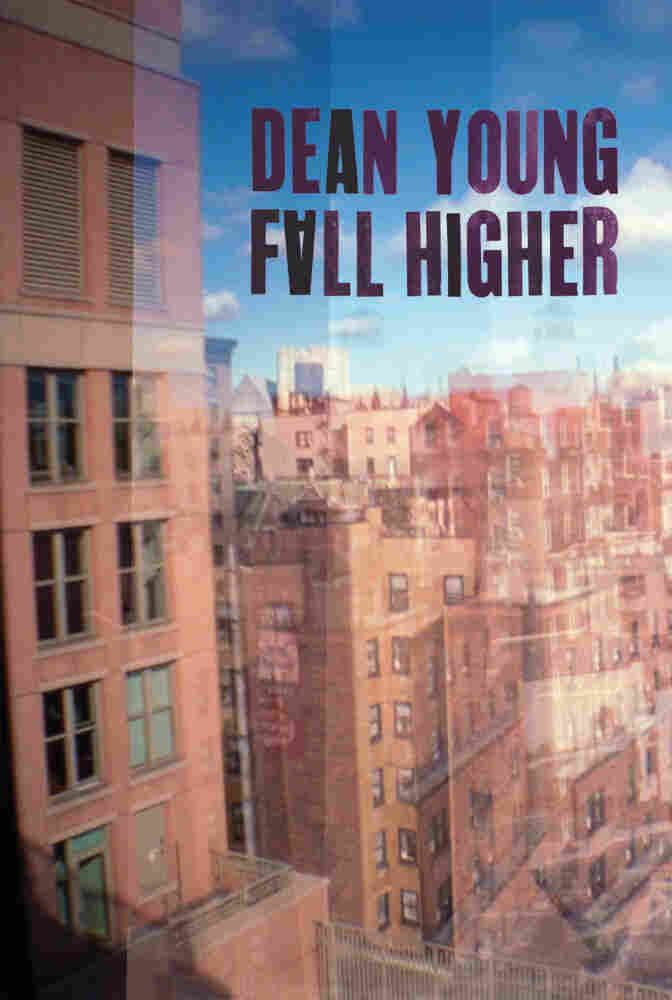 Staring Down Death, And The Randomness Of Life

Today, Young says, his friends can't help but comment on how pink his cheeks have become — the result of a new heart and better circulation. But Young wrote the poems of Fall Higher before the transplant, at a time when, at its weakest point, his old heart was pumping at 8 percent of what it should have been.

He was staring death in the face — but he was still able to look at his life and see art in it.

"I think that's one of the jobs of poets: They stare at their own death and through it they still see the world — the world of 10,000 things," Young says. "Poetry is about time running out, to some extent. You can think of that purely formally — the line ends, the stanza ends and the poem itself ends."

He says he finds something pleasurable and reassuring about seeing on the page where a poem will end — and that something gets lost when a poem is read aloud.

Young's work also touches on themes of randomness and fate — two factors that contributed to him getting a second chance in the form of a new heart from a 22-year-old student.

"Everything in life is molecules bouncing against molecules," Young says, and having a successful transplant is no different. "Somebody had to die; it had to be a fit; my blood and his blood had to not have an argument; the heart had to be transported; I had to get it."

There were, in short, an amazing number of variables that led to Young being here today.

"I just feel enormous gratitude," he says of his donor. "He gave me a heart so I'm still alive. ... I'm sure I'm going to think about this person for the rest of my life."

From 'Bender: New And Selected Poems'

Note: Because "How Grasp Green" is a work in progress, the provided audio differs slightly from the text. The text below is the poem's most recent iteration.

Trees I have planted: an ash,
the first, over my dead cat in Bloomington
6 years later bent and huge and full
of mocking birds. Why not when we die,
we come back as myriad-minded? 2 blossoming
pears that didn't blossom until I sold
the house on Hawthorne for less than I paid.
Melodious racket: What for? What for? All
prepositions are hopeful but opaque is
the afterlife. A tiny birch that didn't make
one March. The eye is always skyward, thus
we are bound in sheaves of light and may we
be buried in greeny earth. An expensive,
doted-on Japanese cherry--every spring
morning with miniscule clippers, I'd snip
tiny cross-branches then that long Iowa
winter girdled by starving rabbits, ripped
apart by starving deer braving the crossing
from the cemetery. Who can doubt this world's
brutality. Who questions the mercy of hidden
green back, a weeping pussy willow, 4 furs
that will grow into a living fence? And this
is how I find myself wandering a temple.

I was satisfied with haiku until I met you,
jar of octopus, cuckoo's cry, 5-7-5,
but now I want a Russian novel,
a 50-page description of you sleeping,
another 75 of what you think staring out
a window. I don't care about the plot
although I suppose there will have to be one,
the usual separation of the lovers, turbulent
seas, danger of decommission in spite
of constant war, time in gulps and glitches
passing, squibs of threnody, a fallen nest,
speckled eggs somehow uncrushed, the sled
outracing the wolves on the steppes, the huge
glittering ball where all that matters
is a kiss at the end of a dark hall.
At dawn the officers ride back to the garrison,
one without a glove, the entire last chapter
about a necklace that couldn't be worn
inherited by a great-niece
along with the love letters bound in silk.

'The Rhythms Pronounce Themselves Then Vanish'

From 'Bender: New And Selected Poems'

Listen To Dean Young Read 'The Rhythms Pronounce Themselves Then Vanish'

After they told me the CT showed
there was nothing wrong with my stomach
but my heart was failing, I plunked
one of those weird two-dollar tea balls
I bought in Chinatown and it bobbed
and bloomed like a sea monster and tasted
like feet and I had at this huge
chocolate bar I got at Trader Joe's
and didn't answer the door even though
I could see it was UPS with the horse
medication and I thought of that picture
Patti took of me in an oval frame. Sweat
itself is odorless, composed of water,
sodium chloride, potassium salts,
and lactic acid; it's the bacteria growing
on dead skin that provides the stench.
The average life span of a human taste bud
is seven to ten days. Nerve pulses
can travel up to a hundred and seventy miles per hour.
All information is useless.
The typical lightning bolt
is one inch wide and five miles long.

Because I will die soon, I fall asleep
during the lecture on the ongoing
emergency. Because they will die soon,
the young couple has another baby.
She's not out yet but it's late enough
to see her struggle like a dancer
in a big bubble. Because the puppy
will die soon, he learns not to pee
on the carpet. The nuisance of forget-me
flowers weed-whipped in the roaring late
summer, the mold perfect on the grapes
for zinfandel because of late rains.
It rains on the fireworks factory,
rains on the sea, the empires under
the sea, siege machines collapsed in sand,
people reading Proust, every word,
parallel parking, nudge forward, nudge
reverse but somehow no alarm. Some blues singer
plays back what he's just sung, tries again,
hungrier. A long-sequestered love
leaks out in the juicy circumstances
of an accident. She sends another letter
with an alternate destination, a meadow
instead of city, goldfinches on thistle.
The river starts an argument with itself
over rocks some kids drop from the bridge
where weeks ago someone jumped,
another week before he was found
sleeping in his car. Neither does my friend
answer. The copilot's hungover
from his sister's wedding and the plane
ducks the thunderheads. Impeccably
the insects groom themselves, each foreleg
ending with what looks like a mascara brush.
Your eyes go on being the sky's,
beautiful sentiments set off to oblivion
while across town the new opera's booed.
You walk among the racks of dresses absently
clattering the hangers. So many blues. 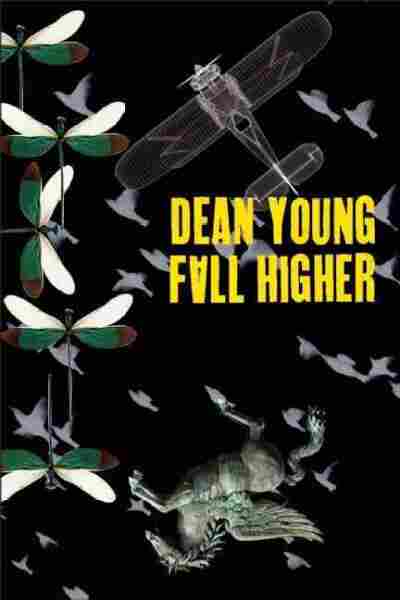