Accessibility links
Metal Artificial Hips May Need A Hip Check Metal has been the material of choice for artificial hips in part because it's supposed to last longer than other materials. But doctors are discovering that metal shavings from the device can get into the bloodstream. Now some are recommending a plastic lining between the metal ball and socket to minimize the shedding of metal particles. 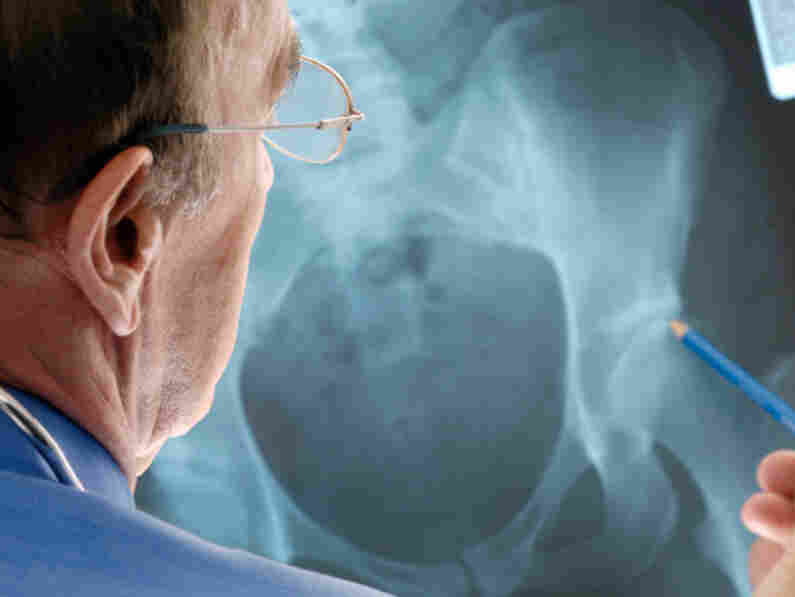 Artificial hips have been a big advancement in treating debilitating arthritis. But there have been reports of medical issues — some serious — in patients with all-metal implants. iStockphoto.com hide caption 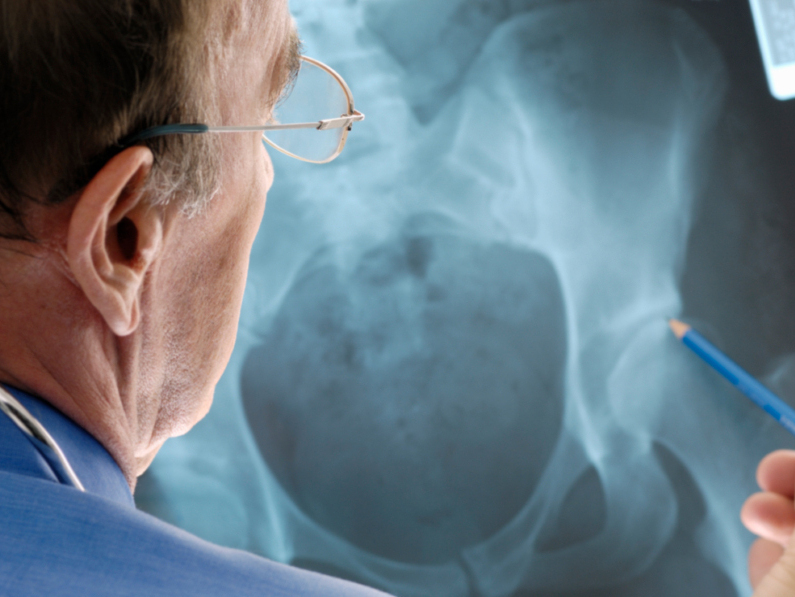 Artificial hips have been a big advancement in treating debilitating arthritis. But there have been reports of medical issues — some serious — in patients with all-metal implants.

The Food and Drug Administration has told companies that make "metal on metal" artificial hips to take a closer look at how patients fare after their hip replacement surgery. The request involves about 20 manufacturers.

The request comes in response to an increasing number of consumer complaints about the implants, along with last year's voluntary recall of an all-metal model made by DePuy Orthopaedics, a division of Johnson & Johnson. Company officials say the company is paying for "reasonable and customary costs of monitoring" the recalled product, including the cost of surgery, if needed, to replace damaged artificial hips.

There are many varieties of hip implants, and numerous materials are used in their construction, including ceramics, plastics and metals. In the case of all metal implants, both the ball and socket of the artificial joint are made of metal. When those two parts rub together during normal wear and tear, minuscule particles of metal can shed and be released into surrounding tissue and even into the bloodstream. This can cause severe damage to local tissue, including necrosis, infection and allergic reactions. 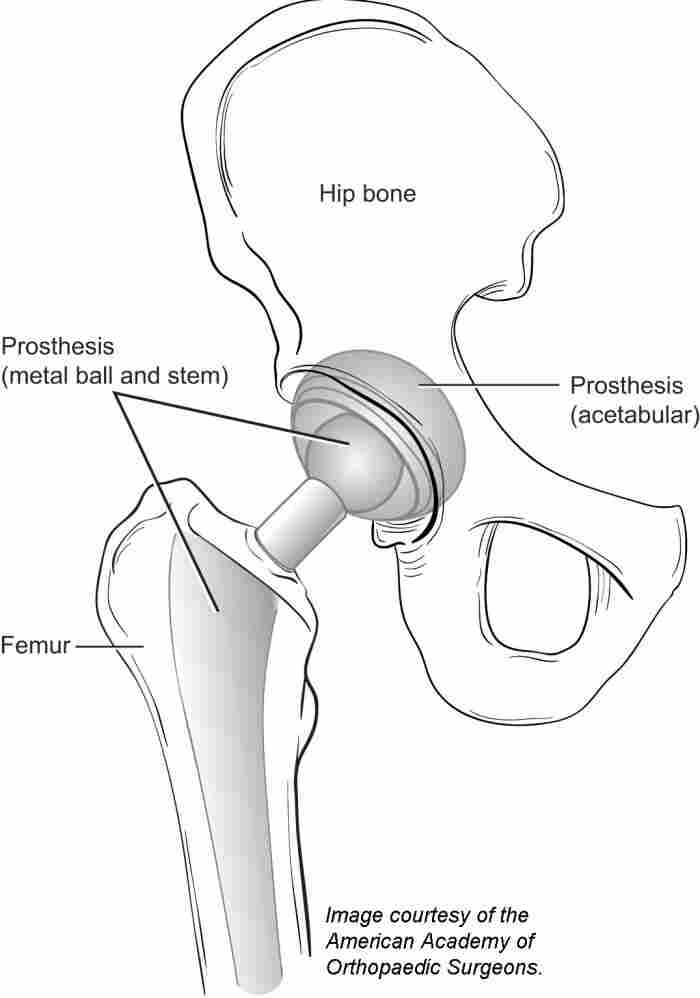 A diagram of a total hip replacement. Courtesy of the American Academy of Orthopaedic Surgeons hide caption

toggle caption
Courtesy of the American Academy of Orthopaedic Surgeons

FDA officials say there have also been rare reports of enough metal released into the bloodstream to cause problems with a patient's heart and neurological system.

Dr. William Maisel, chief scientist at the FDA Center for Devices and Radiological Health, which regulates hip implants, says there is no consensus in the scientific community about how much metal in the bloodstream is harmful.

He hopes the follow-up studies by hip-device manufacturers will help answer that question, along with a number of other queries. Specifically, the agency has asked companies to answer the following: How long do the hips last? What types of problems are patients having with the hips?

The FDA is also asking companies to collect blood samples from patients with all-metal hip implants in order to better understand exactly how much metal may be released into the bloodstream.

Dr. Joshua Jacobs, chairman of Rush University Medical Center's orthopedic surgery department and an official with the American Academy of Orthopaedic Surgeons, says it's important to remember that artificial hips are the single biggest advance of the century in the treatment of debilitating arthritis.

Prior to hip replacement, Jacobs says, patients had limited options and were often "condemned to a life of pain, immobility and lack of function." They couldn't work, he says, and couldn't participate in society. 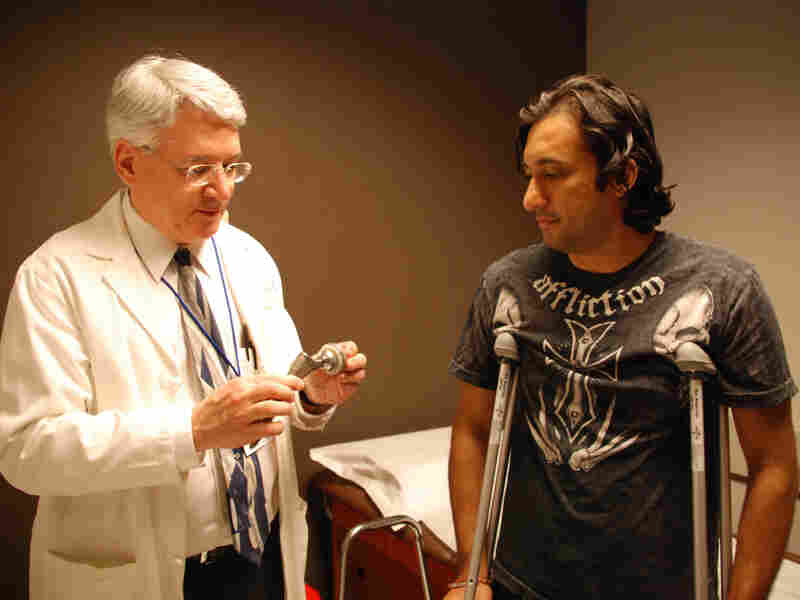 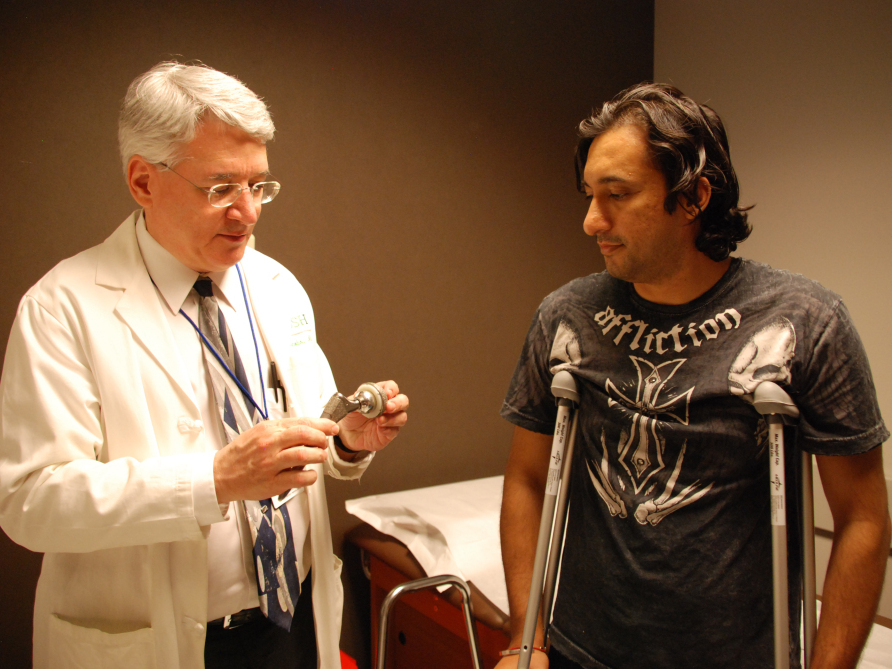 Even amid concerns about certain models of artificial hips, Jacobs says most patients have no problems and are doing extremely well with their new artificial hips.

"The majority of patients who have these implants do not need to have them removed," he says. "They just need to make sure they have periodic follow-up with their physician."

And, Jacobs adds, they should be "mindful" of any changes like pain, numbness or swelling. If these occur, Jacobs suggests that patients visit their doctor, who will likely do an exam and take X-rays or ultrasounds of the hip and some blood samples.

Today, Jacobs says, researchers are working to develop sturdier implants that won't be vulnerable to wear and tear and will last longer than 15 years, possibly as long as 20 or 30 years.