Accessibility links
'Adapt': Failure As An Option On The Way To Success Businesses improve when they experiment with new structures and formulas — and then actively analyze their mistakes, Tim Harford says. In Adapt, his new book, the Financial Times columnist examines the merits of failure.

Listen
'Adapt': Failure As An Option On The Way To Success 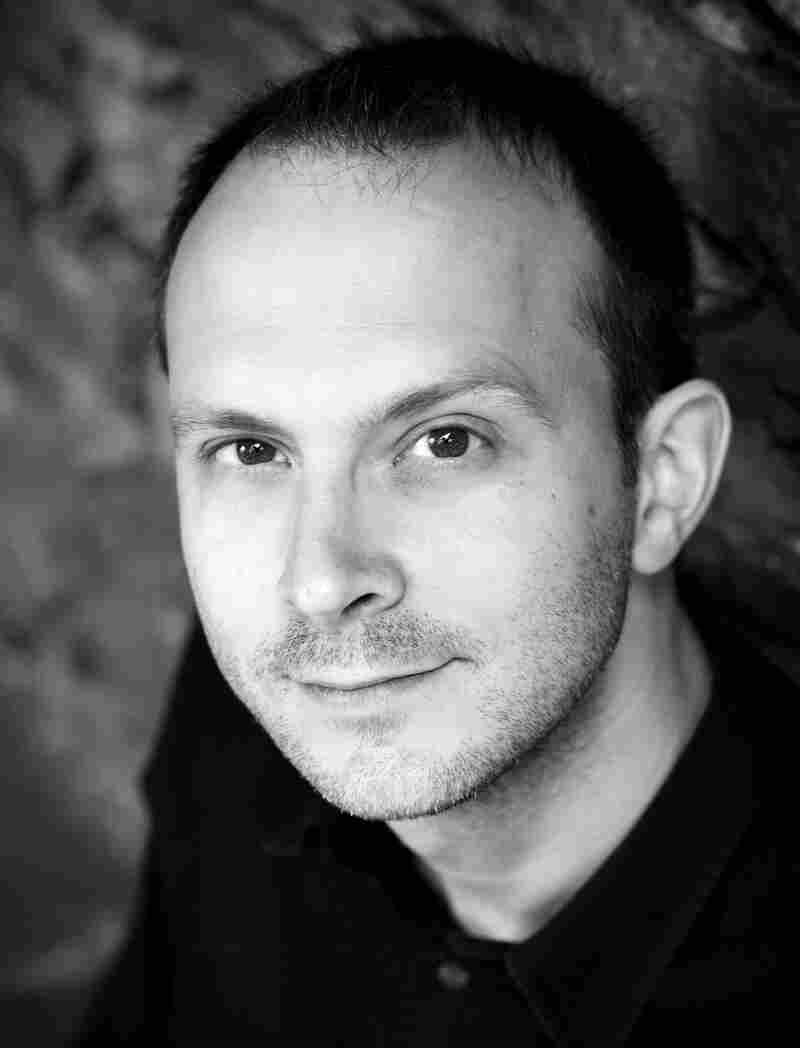 In a complex world, the process of trial and error is essential. That's what Tim Harford — columnist for The Financial Times — writes in his new book Adapt. And while that idea might seem like common sense, it's one that is often remarkably hard for humans to accept because errors are associated with failure.

The subtitle of Harford's book is "Why Success Always Starts with Failure." For anyone familiar with Internet startups, that concept probably sounds pretty accurate; it seems every successful Internet CEO has a list of past missteps under his or her belt.

Harford tells NPR's Renee Montagne that businesses outside the Web world stand to benefit from Silicon Valley's fearlessness because, ultimately, it's through mistakes that great ideas come about.

"Failure is inevitable; it happens all the time in a complex economy," he says. "How did the economy produce all these amazing things that we have around us — computers and cellphones and so on? There were a bunch of ideas, and the good ones grew and prospered. And the bad ones were pretty ruthlessly weeded out."

Not 'Going On Tilt'

Harford on the nature of failure in politics

Hear about Harford's research on Iraq

But if failure can bring such great things, it seems counterintuitive that most people find it so difficult to learn from mistakes. The way Harford explains that paradox is through a poker analogy.

"If you talk to a professional poker player, he or she will tell you that the most vulnerable time in a poker game is just after you've made a mistake," he says. "You do something called 'going on tilt.'" That's when, following an error, a player starts making reckless moves in a last-ditch effort to chase his money — to erase the mistake altogether.

That's not just something that happens in poker. Harford says that stock-market investors, for example, will engage in the same type of activity — chasing losses, doubling down — in hopes of being able to exit the game without having to admit to any errors. That, says Harford, is not good for business.

"If the whole process of learning from failure means discarding stuff that's not working, but in fact, our natural reaction is to keep going, to throw more money behind it, to throw more emotional energy behind it ... that's a real problem," he says.

But it's a problem that some companies are surpassing by embracing the concept of trial and error, he says. And their businesses are improving as a result.

One company that's paving the way when it comes to such experimentation is Whole Foods. The supermarket chain recently implemented an unconventional employee-empowerment program that lets employees choose co-workers to be on their team.

"If they think, 'This person's a slacker, or doesn't have good ideas,' they can vote and say, 'No, we don't want this person to be working with us on the vegetable aisle,'" Harford says. "That decentralization is a fascinating process, and I think it's getting more and more widespread." 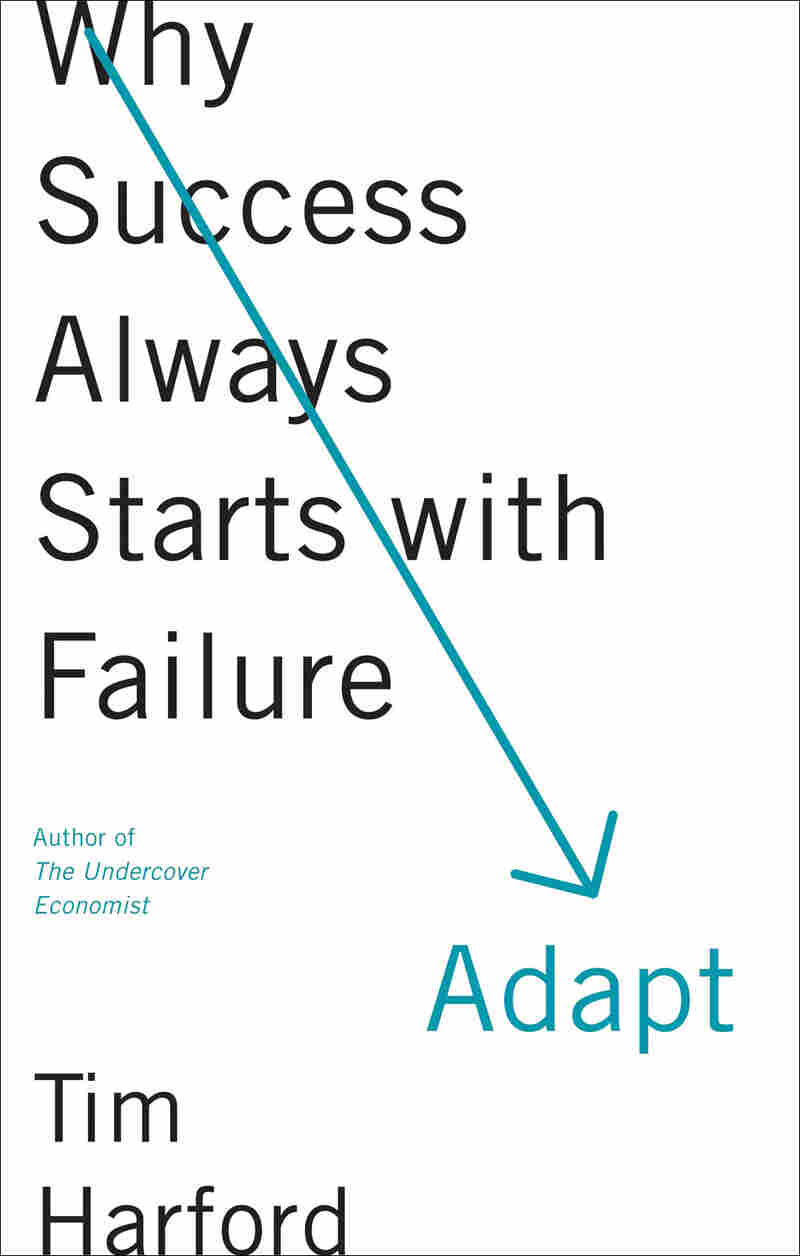 'You could easily spend your life making a toaster'

The electric toaster seems a humble thing. It was invented in 1893, roughly halfway between the appearance of the light bulb and that of the aeroplane. This century-old technology is now a household staple. Reliable, efficient toasters are available for less than an hour's wage.

Nevertheless, Thomas Thwaites, a postgraduate design student at the Royal College of Art in London, discovered just what an astonishing achievement the toaster is when he embarked on what he called the 'Toaster Project'. Quite simply, Thwaites wanted to build a toaster from scratch. He started by taking apart a cheap toaster, to discover that it had over four hundred components and sub-components. Even the most primitive model called for:

Copper, to make the pins of the electric plug, the cord, and internal wires. Iron to make the steel grilling apparatus, and the spring to pop up the toast. Nickel to make the heating element. Mica (a mineral a bit like slate) around which the heating element is wound, and of course plastic for the plug and cord insulation, and for the all important sleek looking casing.

The scale of the task soon became clear. To get iron ore, Thwaites had to travel to an old mine in Wales that now serves as a museum. He tried to smelt the iron using fifteenth-century technology, and failed dismally. He fared no better when he replaced bellows with hairdryers and a leaf-blower. His next attempt was even more of a cheat: he used a recently patented smelting method and two microwave ovens, one of which perished in the attempt, to produce a coin-sized lump of iron.

Plastic was no easier. Thwaites tried but failed to persuade BP to fly him out to an offshore rig to collect some crude oil. His attempts to make plastic from potato starch were foiled by mould and hungry snails. Finally, he settled for scavenging some plastic from a local dump, melting it down and moulding it into a toaster's casing. Other short cuts followed. Thwaites used electrolysis to obtain copper from the polluted water of an old mine in Anglesey, and simply melted down some commemorative coins to produce nickel, which he drew into wire using a specialised machine from the RCA's jewellery department.

Such compromises were inevitable. 'I realised that if you started absolutely from scratch, you could easily spend your life making a toaster,' he admitted. Despite his Herculean efforts to duplicate the technology, Thomas Thwaites's toaster looks more like a toaster-shaped birthday cake than a real toaster, its coating dripping and oozing like an icing job gone wrong. 'It warms bread when I plug it into a battery,' he told me, brightly. 'But I'm not sure what will happen if I plug it into the mains.' Eventually, he summoned up the courage to do so. Two seconds later, the toaster was toast.

Excerpted from Adapt: Why Success Always Starts with Failure by Tim Harford Copyright 2011 by Tim Harford. Excerpted by permission of Farrar, Straus and Giroux