Accessibility links
Jackie Evancho: Chasing Her Dreams Eleven-year-old Jackie Evancho captured the attention of NBC's America's Got Talent with her booming voice. Finishing second on the show, she still left with a record deal and became a viral sensation. 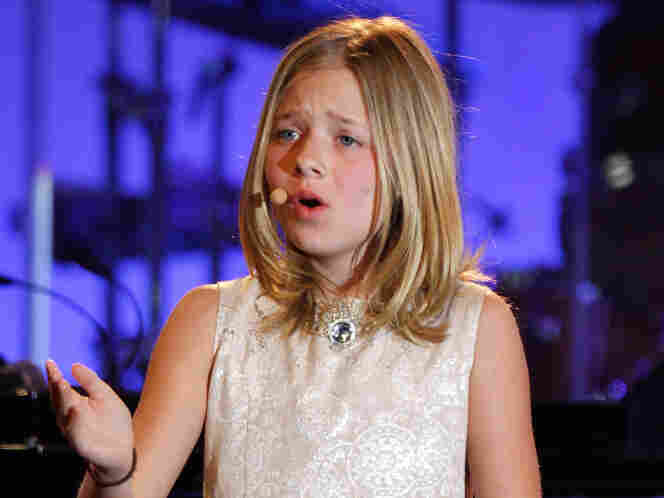 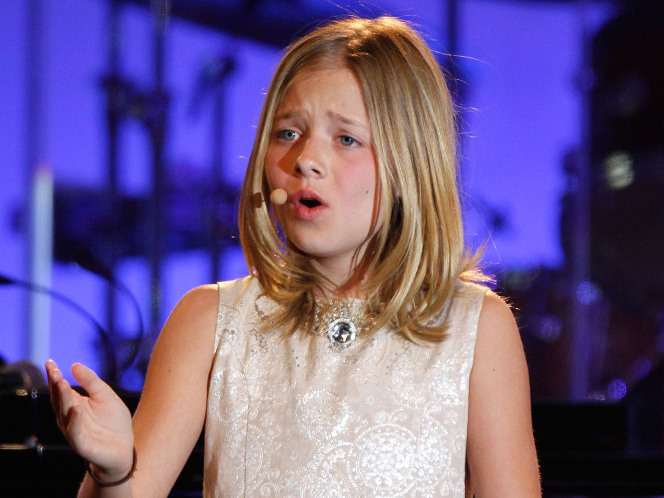 Last fall, a big young voice captured the attention of NBC's America's Got Talent. That big voice is coming from a small young lady — Jackie Evancho.

At just 11 years old, she was the runner-up on the show, but she garnered millions of YouTube views and a record deal. Her classical crossover album Dream With Me is out next month.

Jackie started singing around the age of 8 after falling in love with The Phantom Of The Opera.

"I went to see it in theaters and I loved it so much," she tells All Things Considered host Michelle Norris. "When I got home, I started singing the songs around the house and my mom thought I was really good, so she asked me if I wanted to do a talent competition. And I said 'yes, definitely.' "

The newly found fame has Jackie on the road more often than not, but she's OK with the traveling since she's chasing her dream.

"I do feel like I see a plane seat more than I see my own bed," says Jackie. "If I want this to be my dream, I'm going to have to just suck it up and get used to the fact that I'm not seeing home as much as I did."

And while Jackie is not seeing home as much as she once used to, she's trying to stay a kid and not looking too far down the road.

But Jackie is still an 11-year-old who has fears and dreams like every other preteen.

"I'm concerned that if I get older, people aren't going to enjoy me as much as when I was younger. I had a great voice for a little girl, but my voice can't get any bigger when I'm older," she says. "When I know that I've made it, it's when I'll be standing on a red carpet and there's a whole bunch of paparazzi around me. That's when I know I've made it."