Accessibility links
Five Things I Really Did Learn From Oprah Winfrey, No Kidding Oprah Winfrey's show is going off the air this week. Surprisingly enough, although she may not have taught all the lessons she intended to, she taught a few along the way. 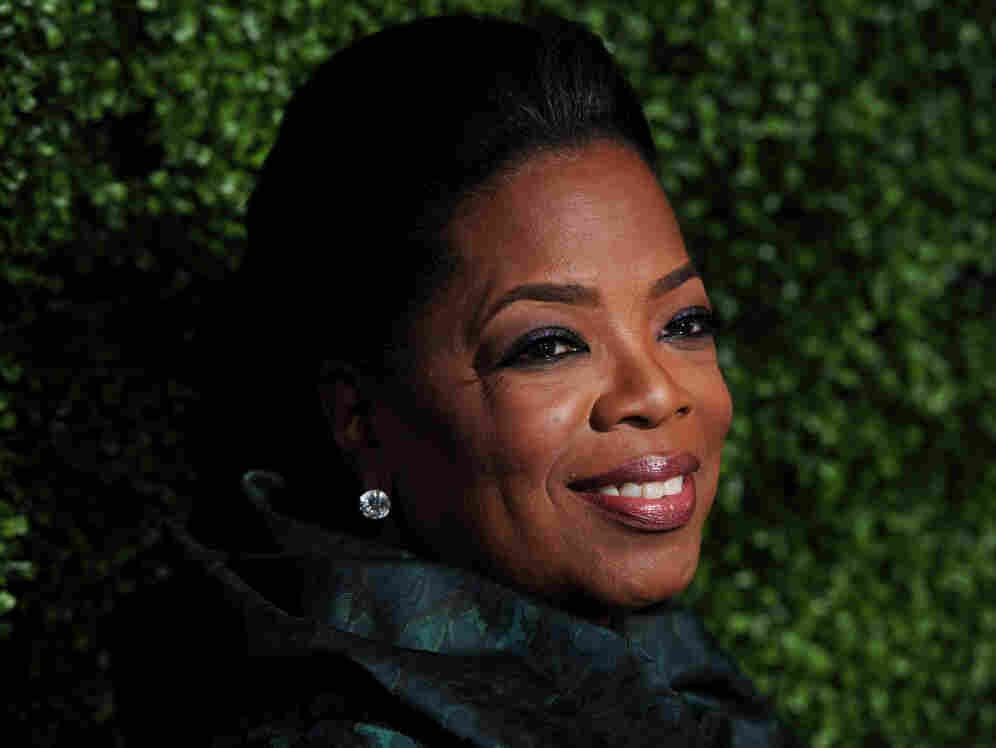 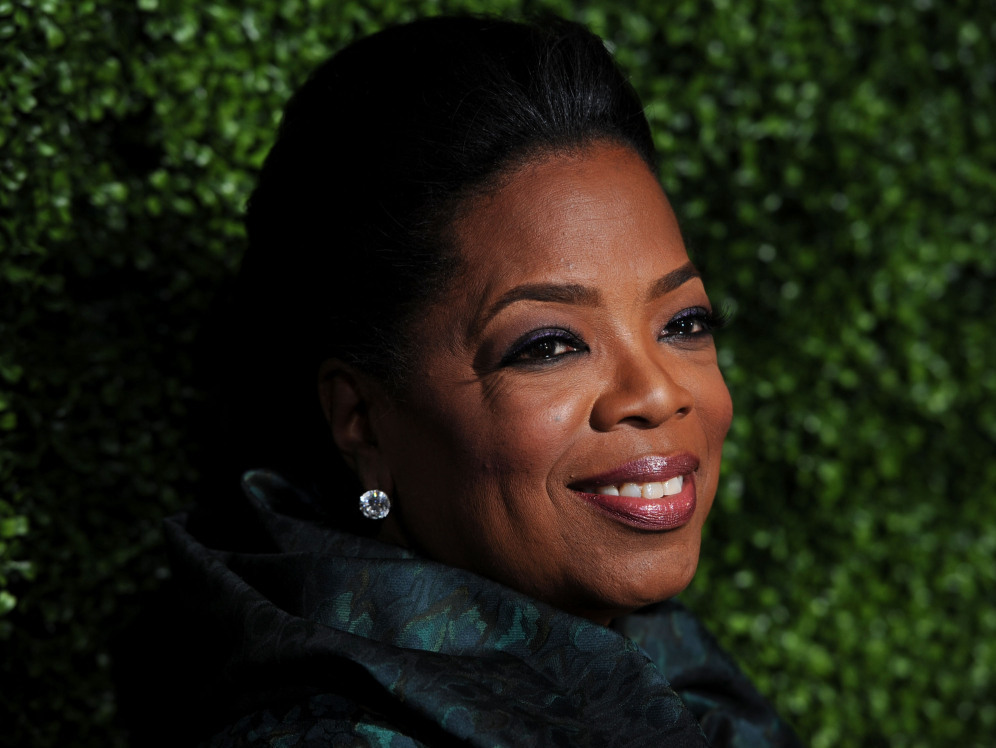 Wednesday, Oprah hangs it up.

Well, sort of. She'll still be a mogul, and an influencer, and (for now) the woman behind a cable network. She'll still be on TV, and she'll still have a magazine. But the show that made her – not just made her, but built her career from spunky talk-show host in the late '80s to Intoner Of Serious Phrases in the '90s to the Evangelizing Spirit Guide of the first decade of this century – is ending Wednesday. The Oprah Winfrey Show, which absolutely no one ever calls anything but just Oprah anymore, will be gone.

I can't claim to have learned a lot from the things Oprah tried to teach me on purpose. Mostly, she was trying to teach humanity, and what I have learned about that, I have not learned from her or from her show. Have I been moved by the stories people told? Sometimes. But when Oprah looked earnestly into the camera with her damp eyes and the somewhat affected lioness purr she used when talking about important things, I can't claim to have taken it to heart. It became too difficult, because it became too concentrated, like the show had been brewed with so much sincerity that the leftovers swirled around in it like coffee grounds.

And yet, I am a woman working in media who was a teenager when Oprah's show went national. During the end of my youth, my muddled twenties, and my slowly clarifying thirties, she became the most powerful woman in American media. She became a billionaire, mostly by talking to women. She launched a magazine, she got people reading, she launched a network, she made authors famous. To have learned nothing from any of it would be a failure to pay attention. So what have I learned? Here are five things Oprah taught me.

It's possible to be enormously successful even if many, many people hate your guts.

As long as I can remember, Oprah Winfrey has been both the subject of outsized admiration and the subject of outsized derision. For all her success, her name is one that a lot of people (myself, at times, included) use to describe the scuttling of reason in a discussion in favor of whatever makes everyone feel good, a phenomenon for which she is in no way solely responsible. Being blamed for everything a significant number of people freely announce that they hate about the world, about television and about listening to women talk in the first place? It hasn't actually done anything to her. She has her audience; they adore her. Of what importance are constructions like "Oprah-fication" (never a compliment) to a woman with a couple billion dollars to spend?

Don't let your hunt for answers dent your skepticism, because you might need it.

Oprah's TV persona is, if nothing else, an enthusiast. She is an embracer of things, especially new things, even if they're only new to her. She gets excited, and her excitement is a huge part of what has made her so popular.

But there have been times when skepticism – or at least more caution – might have served her well, and might have served her audience well, too. I remember how disappointed I was when I found out her latest kick was The Secret, a philosophy that, as near as I could tell, required a belief in your ability to influence events with your mind. It was like finding out your favorite uncle, despite having no botanical or other scientific training, really believed he was going to revolutionize agriculture by genetically engineering the skinless potato.

Or when she brought on Suzanne Somers to make pronouncements to women about the benefits of heavy use of bioidentical hormones, despite the fact that Suzanne Somers is not a doctor. (I'm not either.)

Just in the last couple of years, Oprah started coming under heavier and more serious fire as she began to seem more and more likely to endorse theories on the basis that she liked them, or even more that she liked and trusted the people putting them forward, or they came alongside philosophies she otherwise favors, or she had found what she considered a particularly compelling piece of anecdotal evidence.

What did I take away from this, aside from and in addition to my own disheartened reaction to it? No matter how positive, how upbeat, how rah-rah you want to be about the things you advocate for, once people are listening to you, you must know how to be a skeptic, or at least to be intellectually curious, which is not the same thing as perpetually jazzed about everything. You can be uncritically jazzed about Tom Cruise without hurting anyone. Not so much with hormone therapy.

Everybody wants more next time.

Oprah's "Favorite Things" episodes started as kind of a great idea – she would give away things you could tell she really, truly loved, like comfortable pajamas or sheets, or her favorite cookies, or a book she really adored. But over the years, it became more and more about giving people big loot, until she was giving away refrigerators and cruises. Was that seven-day cruise one of her "favorite things" in the same way the pajamas were? In that same deeply personal, one-friend-to-another "you need to get this" kind of a way? Of course not.

The big mistake, of course, was the cars. You remember: "You get a car! And you get a car!" It's in the culture now, just like Sally Field's "you really like me" Oscar speech. And the more money Oprah had to play with, the more every event she announced had to be financially extravagant – like the trip to Australia she took with an audience earlier this season. If she hadn't given away anything incredibly expensive this season, people who have absolutely no reason to expect her to give them anything would nevertheless have felt at some level that they'd been ripped off.

It's a good thing the show is ending, because there's only so much you can give away. You give away a car, then a house, then what? The entire audience becomes independently wealthy forever? Personal gifts could have gone on forever; Oprah undoubtedly finds new great stuff all the time. But raising the financial stakes meant her penchant for giveaways eventually ate its own tail.

This is how much money and power it takes before people stop assuming you're sad because you don't have kids and you aren't married.

You can be, say, Jennifer Aniston – fabulously rich, constantly working, linked to a series of attractive men – but there will still be the "When will somebody put a ring on it?" questions. When will poor Jen find a man? Will she ever be a mother? Mustn't she be saaaaad every time Angelina Jolie adopts another baby?

But not Oprah. Oprah is officially so rich and so successful that, although she still endures tabloid gossip about her personal life, nobody seems to assume she's moldering in a grave made of loneliness because she isn't married to Stedman Graham (whom she's been dating practically since they were tadpoles) and because she didn't have kids. At some point, she seems to have convinced people that this is a life she chose, so all you have to do to get out from under the expectation that success equals getting a man to marry you and then having children is to make as much money as Oprah Winfrey.

Try desperately to hang on to your perspective.

I didn't make it to the Television Critics Association press tour this past January, where Winfrey appeared on a panel to discuss the launch of her cable network, OWN. But I soon learned that what's meant to be a Q&A with a large number of assembled journalists went off the rails when it took Oprah 18 minutes and 15 seconds to answer a question about her dreams. There was a lot of back and forth in the days that followed about whether the reaction from critics who complained loudly (mostly on Twitter) that she was rambling was sexist or was more hostile than if she'd been a man. My guess, having been to press tour before? It would have been EXACTLY THE SAME, because people in that room are tired, they want to get a question in, they want the session to move along, and they want to get answers to a series of questions, not a 20-minute monologue.

More to the point, though, it made me think about the fact that when she's good, it's because you can tell she can still access what it's like to be in a particular situation. She knows what it's like to argue with people, to feel insecure, to get angry ... lots of things. She still has a best friend. She still argues with herself about eating. But her perspective has shifted enough that she doesn't feel herself talking at an assembled group of journalists for almost 20 minutes and realize that she's boring the skin off their bones. It's always possible it was strategy, but my guess is that she wasn't being boring on purpose. She actually didn't know.

So if you're trying to become a billionaire mogul, for crying out loud: Know as many normal people as you possibly can, just so you can remember what annoys them.