Accessibility links
More Blacks Calling South Home Again Eliska and Welmon Barriere are among the roughly 6 million blacks who migrated north during the 20th century. They left New Orleans in 1962 for Milwaukee, where they raised a family. But they moved to Georgia in the 1990s, part of a trend of blacks going back to the South. 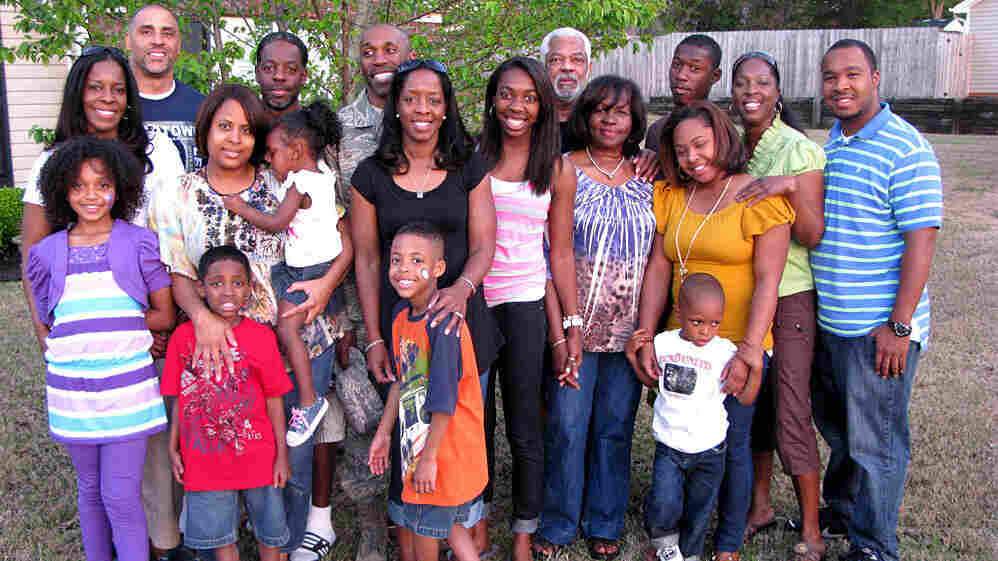 Roughly 6 million blacks migrated north during the 20th century, fleeing racial hatred in the South and seeking good jobs in places like Chicago, Detroit and Milwaukee. Now, many blacks are returning to the South — and especially to Georgia.

According to the U.S. Census Bureau, there are nearly 3 million non-Hispanic black Americans living in Georgia, meaning Georgia now has the largest population of non-Hispanic blacks for this first time since the 1950s.

The Barriere family personifies this gradual return of many black Americans to the South.

Eliska and Welmon Barriere Sr. are originally from New Orleans. They moved to Milwaukee in 1962 when Eliska was just 18 and Welmon was 22. They built a life in Milwaukee, had four children, and in the early 1990s, the family began to head to Georgia.

Eliska is the descendant of sharecroppers. Welmon grew up as one of 10 mouths to feed. Eliska admits that when she headed north she was terribly naive.

"I did picture it to be like California was in the movies. So I was real disappointed when I got there," she says with a laugh. "But after meeting friends and getting a job and everything, it was a little bit better and a little bit easier."

Welmon landed a job working for a railroad company. He worked all the way up from a helper to an electrician. Like so many migrants north, Eliska landed a job in manufacturing — first at a box-making factory, and later at General Motors. But Milwaukee was never a perfect fit. To this day, it remains deeply segregated, and it's thousands of miles from the Barrieres' roots in Louisiana.

So when one of their daughters moved from Detroit to suburban Atlanta in 1991, the whole family soon followed. Eliska says her daughter Karen was reluctant. 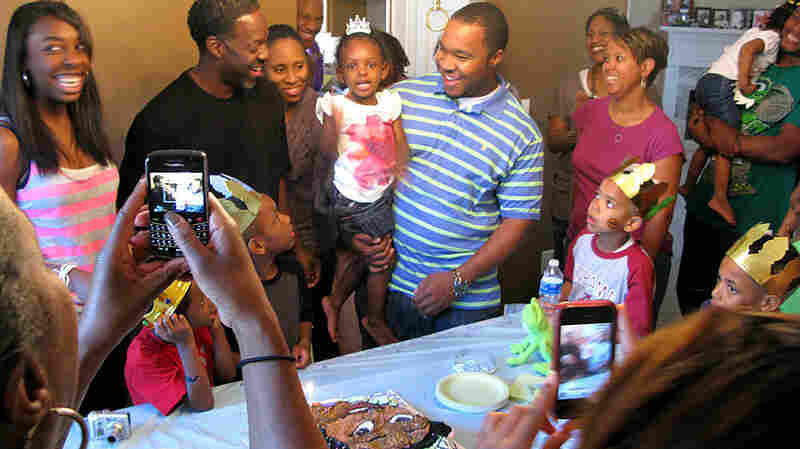 By the late 1990s, the entire family had migrated to suburban Atlanta. Today, the elder Barrieres are retired. She's 67; he's 71.

The family now numbers more than 20 in all when you include spouses, 12 grandchildren and, so far at least, one great-grandchild.

Their motivations were universal. They moved for the growing number of jobs, the cheap housing — and, yes, the warm weather. But Atlanta's reputation as a mecca for black professionals was also a draw.

"Go to nice restaurants, go to events and stuff, and you just see so many black people. That wasn't the case in Wisconsin," Karen Barriere says.

One of Atlanta's nicknames is "black Hollywood," thanks in large part to filmmaker Tyler Perry. It is also home to two of the most prestigious black colleges in the country — Morehouse and Spelman.

As of 1980 and beyond, U.S. Census data pertains to non-Hispanic blacks.

Trelles, the Barriere's eldest daughter, is a preschool teacher, and her husband, Eric, a systems analyst. Karen is a surgical technician. Another daughter, Wendy, is a stylist. The only son, Welmon Barriere Jr., renovates homes.

Experts say the Barrieres are part of another national trend: blacks moving to the suburbs. But that doesn't necessarily mean Atlanta is a great example of full integration. In fact, as the city's suburbs get blacker, Atlanta itself is gentrifying — and that means key parts of town are getting whiter.

Tyrone Forman, a professor of sociology at Emory University in Atlanta, notes that the Grant Park neighborhood is one of a few in the city that has been what he calls "stably integrated" over four decades. He says elsewhere, census data show that rarely do blacks and whites live side by side.

"What happens sometimes is the numbers may show integration, but they're sort of block to block, so one block is largely African-American, then you go four blocks over, a largely white neighborhood, et cetera," Forman says.

While the city of Atlanta is slowly losing black residents, the black population in its suburbs is exploding. As of the latest census, metropolitan Atlanta has a larger black population than even the greater Chicago area. In fact, metro Atlanta's black population is now second only to New York City's.

The Barriere family is spread across several Atlanta suburbs. But every Sunday, they're side by side in the pews at their church.

Faith Christian Center is a black evangelical church in the suburb of Smyrna. It has 4,500 members, and many, like the Barrieres, come from up north. The pastor, the director of administration, the event coordinator — even the church's repairman — are from Detroit.