Accessibility links
Oh, The Void Oprah Leaves Behind TV challenge: How to fill the time slot dominated for decades by The Oprah Winfrey Show? There's no clear answer, whether you're a TV station manager or the person in charge of channel surfing at a nail salon. 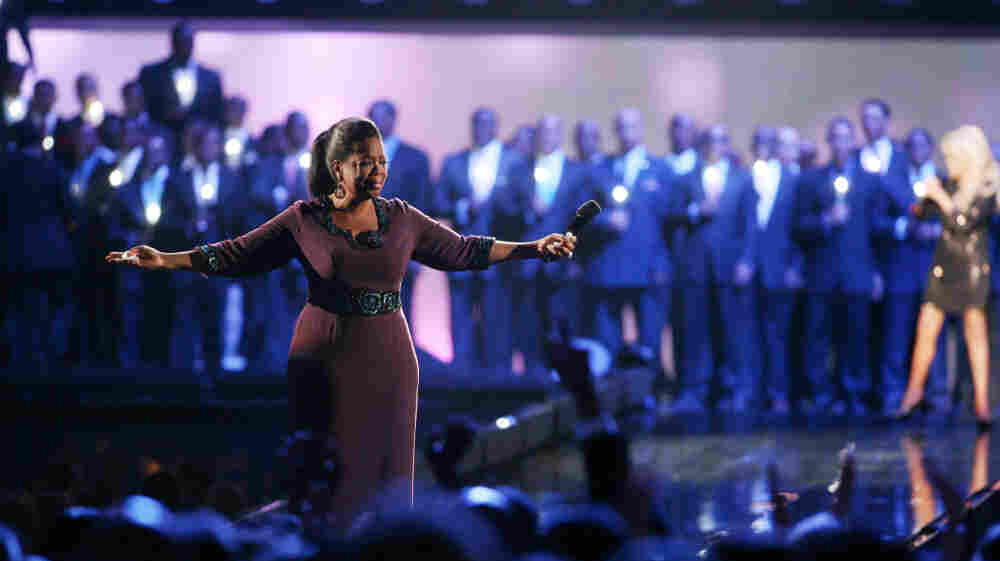 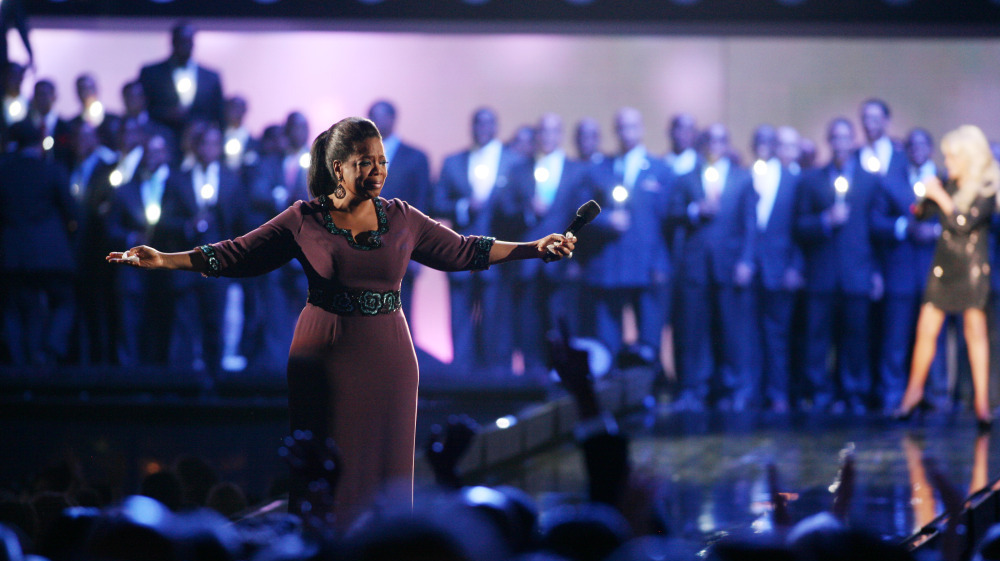 Radical changes are taking place on television — specifically, daytime broadcast TV. Soap operas are disappearing. And this week, Oprah Winfrey ends her tremendously successful run in syndication. According to the Nielsen rating service, over 7 million people tuned in to The Oprah Winfrey Show each week.

Nobody really knows what's going to happen to the huge hole Oprah leaves in daytime: not TV stations, not advertisers, and not her fans.

But if you want to ponder daytime offerings, a good place to start is a nail salon, where at least one TV is on all the time. Controlling the remote at Patsy's Nail Bar in Washington, D.C., is receptionist Crystal Jones. She says she puts on what the clients want to watch. "We go from Ellen to Oprah to the Cash Cab," Jones says. (If you've never seen it, Cash Cab is part reality show, part game show. It runs on The Discovery Channel.)

Jones says she is often riveted by some of Winfrey's interviews. Now she has to figure out how to replace her. "There is going to be a big empty space," Jones says. "We'll probably watch movies or those makeover shows on cable, like What Not to Wear."

When The Oprah Winfrey Show began a quarter-century ago, choices were limited. Today viewers will have many more places to look for something else. Discovery hopes they'll switch to Oprah's new cable network. Crystal Jones says she has tried the Oprah Winfrey Network (OWN), but so far it is not the best fit for a nail salon. One recent Saturday the network was running a marathon of Oprah's series on women in jail. "That's a little bit much," Jones says. "Nobody wants to see that while they're getting their pedicure."

Now, if Crystal Jones is having trouble figuring out what to put on in Patsy's Nail Bar, imagine what it's like for station managers who are about to lose the most popular show in the 4 p.m. time slot. Larry Gerbrandt, an analyst for Media Valuation Partners, says station managers are the ones "most directly on the line because they need to generate a certain level of ratings to deliver to advertisers."

One station manager called the prospect of filling the Oprah void "daunting." There are certainly some contenders being bandied about: Katie Couric, or Anderson Cooper. Or they could move Ellen DeGeneres or Dr. Oz into that spot. "No clear winners have emerged, and certainly nobody has swept the deck," Gerbrandt says.

The other sea change taking place on daytime TV: ABC canceled One Life To Live and All My Children. Fans are not happy. Last week they protested in New York. They even asked Winfrey to pick up the soaps and put them on OWN. Winfrey video-taped a message saying she felt their pain but that even she couldn't save them. Audiences for soap operas have declined, but, more importantly, the broadcast networks can save money by filling those time slots with talk or reality shows.

Even though broadcast TV has the bigger audience numbers, the programming is looking more and more like cable all the time.