Accessibility links
The Root: Segregated Museums Mirror History The National Museum of African American History and Culture is slated to arrive on the Mall in 2015. The current African American museum is located far from the city's center, in Anacostia. As some politicians rage that the museum is in poor taste, Natalie Hopkinson of The Root argues that it is necessary. 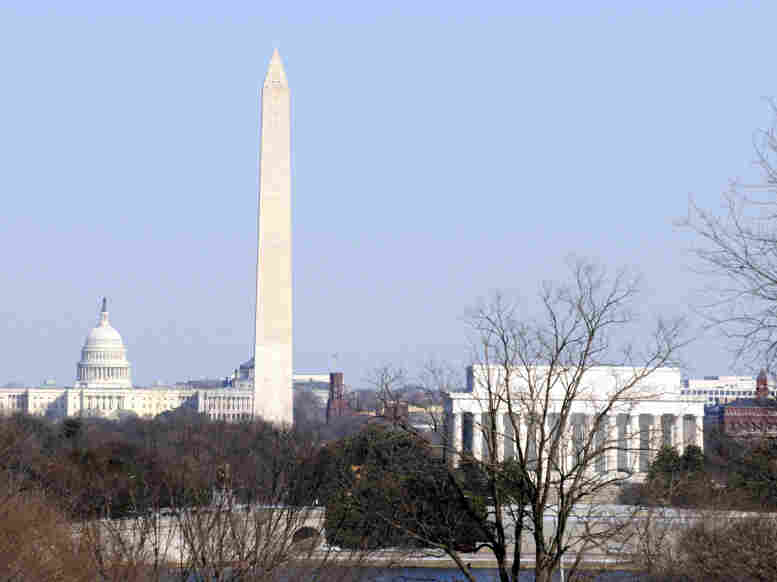 The Capitol Building, Washington Monument, Smithsonian Institution and Lincoln Memorial seen from across the Potomac River. In 2015, The African American History and Culture Museum will come to the Mall, but is being met with controversy. mikadx/iStock hide caption 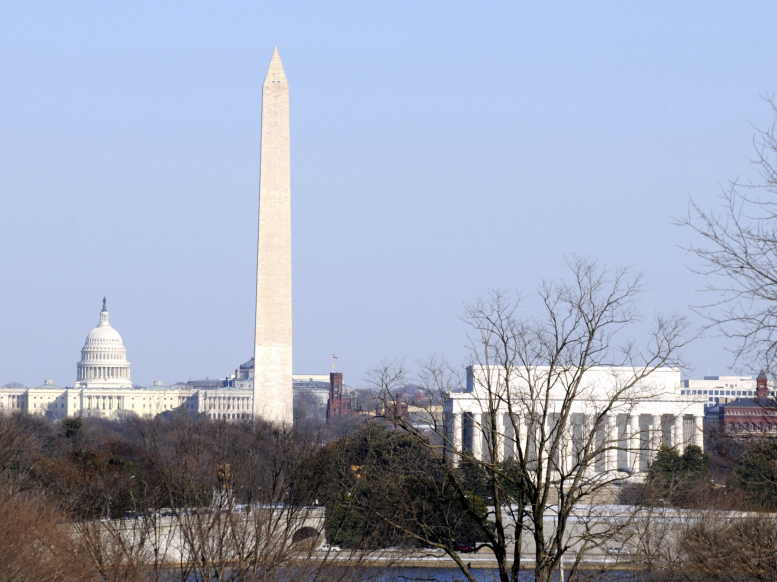 The Capitol Building, Washington Monument, Smithsonian Institution and Lincoln Memorial seen from across the Potomac River. In 2015, The African American History and Culture Museum will come to the Mall, but is being met with controversy.

Natalie Hopkinson is a contributing editor to The Root.

The Anacostia Community Museum is one of the Smithsonian Institution's grand, federally chartered Washington, D.C., museums, but it is located miles from the Mall's gleaming white marble monuments where millions of eighth-grade history students pilgrimage each year.

It is a world-class museum charged with interpreting and preserving the black experience. But it is tucked away in a remote corner of Washington's poorest, blackest ward. Since it was established in 1967, the museum's surrounding Ward 8 community has served as a glaring metaphor for the black experience: segregated, under-resourced and disrespected. A few weeks ago my husband got lost while driving to meet me there. He rolled down his car window, and flagged pedestrian after pedestrian. "Where's the Anacostia Museum?"

Person after person he stopped replied with blank stares.

In a rant on Capitol Hill earlier this month, Rep. Jim Moran (D-Va.) railed against these kinds of federally supported ethnic museums — calling them un-American. According to U.S. News and World Report, Moran went off about the burdens of funding them during a Capitol Hill Appropriations hearing:

But unlike the beautiful Anacostia Community Museum, which is safely out of sight for the most part, the symbolism of the new museum will be impossible to ignore. In addition to usual questions about black worth and legitimacy, it will carry the additional burden of integrating our nation's most elite historic neighborhood.

The eminent cultural historian Fath Davis Ruffins chronicled the decades of fits and starts of establishing a black museum on the Mall in a 1998 article in the Radical History Review. Ruffins pointed out that historians have a lot of catching up to do when it comes to fully documenting the black experience. For centuries, black historic documents and artifacts have been largely discarded or passed down to descendents and often lost to history.

To wit: Years ago, I wrote a Washington Post article that mentioned the existence of a diary of a Maryland slave named Adam Plummer that historians believed was lost to history. One of his descendants, living in Maryland, read my article and came forward with the diary of perhaps the only real-time accounts of a slave life, written by a slave beginning in 1841. She promptly pulled it out of her attic, and eventually donated the diary to the Anacostia Community Museum, which has marshaled the considerable resources of the Smithsonian Institution to preserve and guard it like the Constitution. (Plumgood Productions has done a short documentary about the discovery of the diary.)

How it will address slavery in general is a major challenge for curators at the black museum on the Mall. "Instead of being removed from the 'scene of the crime,' the proposed museum would be erected within sight of locations where slave pens stood during the 1850s and the early years of the Civil War," Ruffins wrote. Permanent exhibits on slavery would be snug between two sacred white memorials to founding fathers George Washington and Thomas Jefferson — both slaveholders. Awkward!

Moran may be right that white people may not go to a black museum. The whole enterprise may, as he argues, represent the balkanization of American history. One could justifiably pile on, as other prominent black historians have, that a black museum represents the ghettoization of black history. The late, great historian John Hope Franklin, for instance, as Henry Louis Gates Jr. noted, spent a career arguing that his work chronicling the black experience belonged not in "black studies" but at the very center of American history.

Moving on to the Mall will sometimes be awkward and sometimes hostile — as those of us who have integrated an all-white neighborhood or school know firsthand. The Mall may become "overcrowded" with a cacophony of colors and stories, as Rep. Moran predicted. But a true, comprehensive, warts-and-all account of how America came to be demands it. If it cares about telling the truth about itself, Congress should fully support this enterprise, at any cost.

Writing in 1998, nearly two decades before the dream of a black museum was scheduled to come to life in 2015, Ruffins put it best:

World's Richest Man Opens Flashy Museum In Mexico May 14, 2011
From Beneath, A Smithsonian Shipwreck Controversy May 4, 2011
'Marriage Equality' And The Civil Rights Movement April 26, 2011