Accessibility links
2011 Cannes Film Festival Highlights: Terrence Malick's 'Tree of Life' Wins Palme d'Or The film critic reports his impressions of this year's Cannes Film Festival. On Powers' list of notable films: Terrence Malick's Tree of Life, about a young boy growing up in 1950s Texas, and an Iranian film by a director who was explicitly told by the Iranian government not to make films. 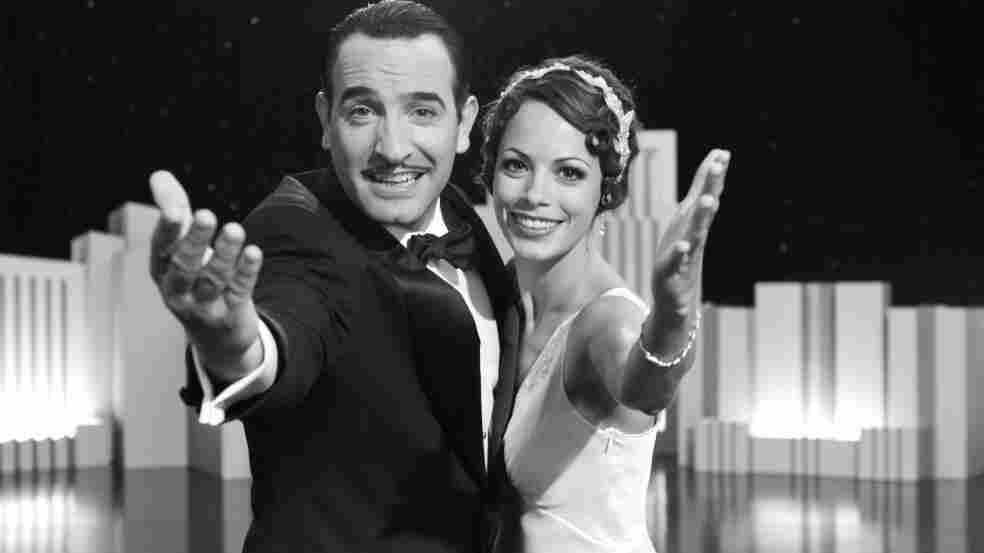 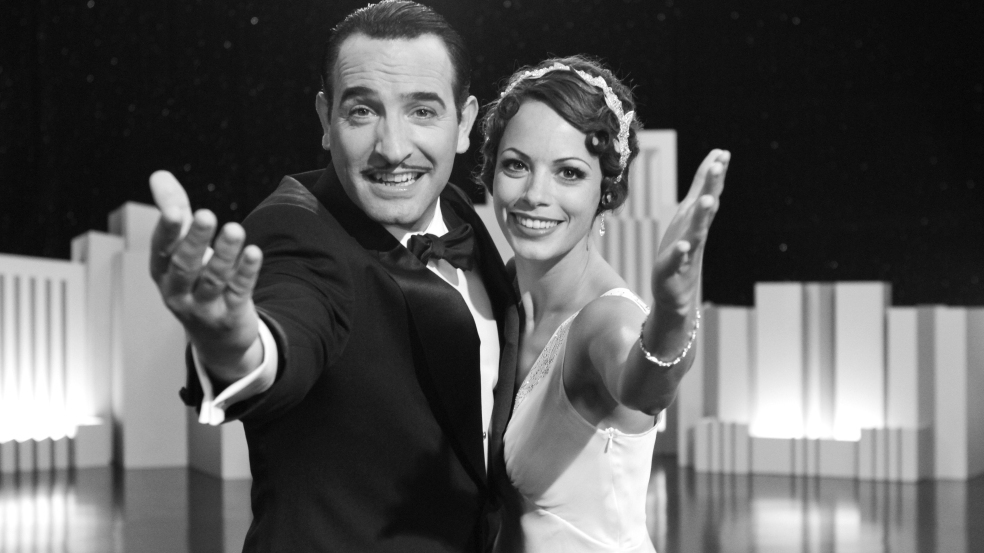 Jean Dujardin and Berenice Bejo star in Michel Hazanavicius' The Artist, a silent movie about a silent film star who's hitting his artistic peak just as the film industry starts using sound.

John Powers, Fresh Air's critic-at-large and the movie critic for Vogue, returns from this year's Cannes Film Festival to share his thoughts on the winners, the losers and the films that may make a big box-office splash. He also explains to Fresh Air's Terry Gross why this year's Cannes was somewhat of a paradox for him.

"Most people care less about movies than they ever have," he says. "Yet all the things that are sort of awards-based or festival-based get more coverage than ever. For example, the Oscars get lower ratings and Oscar winners get less of a bounce from the Oscars than ever before, [but] there's relentless coverage of the Oscars that goes on for months and months and months. What's happening at Cannes is the same kind of thing. The festival is there. But the amount of coverage that comes out of it is 10 times greater than it was 10 years ago."

Here, an edited overview of Powers' thoughts on the films that won some of the festival's major awards, including the Palme D'Or, as well as some of his other favorites from the festival: 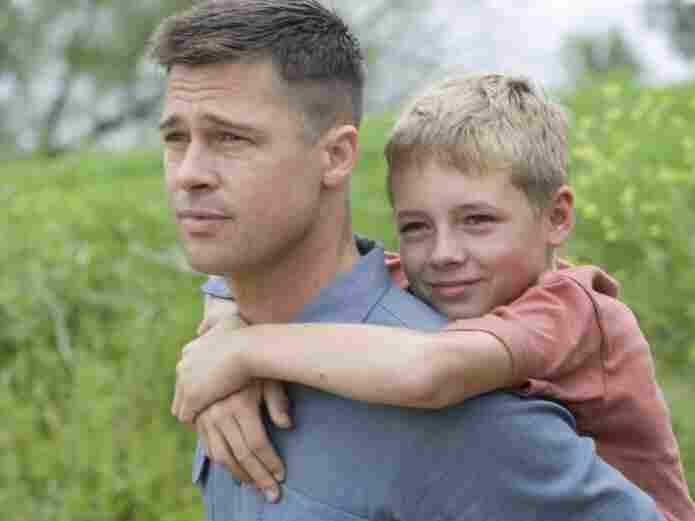 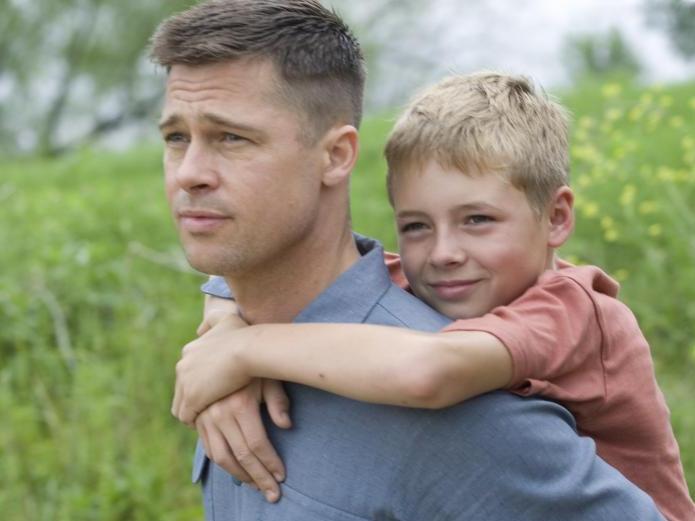 Brad Pitt and Laramie Eppler star in Terrence Malick's The Tree of Life, which won the festival's Palme d'Or prize.

•Tree of Life, directed by Terrence Malick — "Once it started, you felt the audience kind of divide. Some people really couldn't stand it and other people found it transformative. It's a story about a young boy, who grows up to be Sean Penn later, growing up in '50s Texas. His parents are played by Brad Pitt and Jessica Chastain. About 90 minutes of the movie is the story of this kid's life, growing up during his young years in Texas. What makes the film strange is it's surrounded by two other things. On the one thing, there's a kind of 2001-ish story of the creation of the world, which I think is designed to parallel the creation of this one person's life. But that comes complete with the creation of the planet and with dinosaurs and all the rest which is kind of odd for a film about Texas in the 1950s. And then the film builds to another non-narrative thing — a dreamy, searcher New Age sequence — where Sean Penn, dressed in a business suit, walks across Death Valley, and maybe or maybe not — it's not clear from the film, exactly — winds up in Heaven, where he ends up meeting all of the people he'd known before. So what you have is a rather beautiful, poetic and normal story of a family in Texas surrounded by stuff that some people thought visionary and other people thought kitsch." (Winner: Palme d'Or)

•Footnote, directed by Joseph Cedars — "It's a marvelous comedy. The father in the story is a vintage old-school scholar who spends all of his time looking closely at the text of the Talmud and all its variations. His son is also a Talmudic scholar but more worldly, more fun and knows how to work in the political world better. And the problem is, because they're working in the same field, they're jealous of each other for different reasons. And gradually it's about there's an award that's going to be given to one of them and they have to figure out how to deal with [the other one's potential] success and what's the correct way to deal with the success of somebody you're supposed to love but who you also kind of resent. It's an extremely funny, beautifully observed movie." (Winner: Best Screenplay) 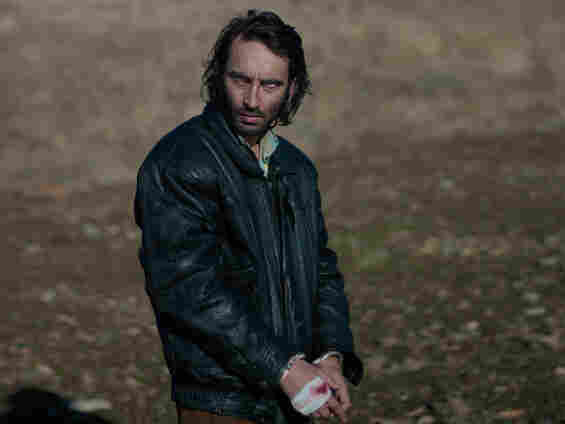 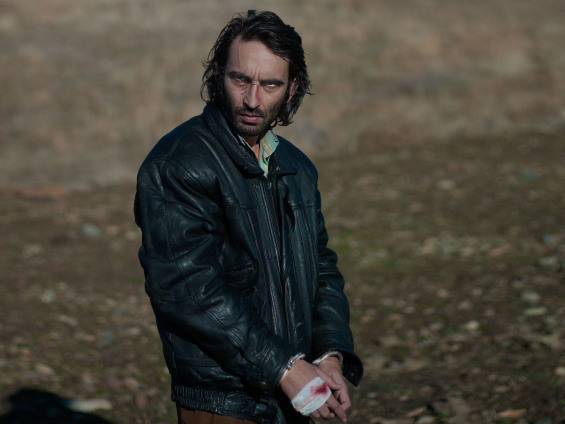 The Turkish film One Upon a Time in Anatolia by Nuri Bilge Ceylan shared this year's Grand Prix award.

•Once Upon a Time in Anatolia, directed by Nuri Bilge Ceylan — "I would have chosen [this] as the best film of the festival. ... This is an observational 160 minute film about a group of cops, prosecutors and doctors looking for a body in the Anatolian countryside at night. More or less what you see are these five or six guys going through the night, you learn about their personalities, you watch them stop in a village, you see them bicker, you see them make jokes, you see them give their philosophy of life. In lots of ways, it's procedural in a way of something like The Wire, where you're watching people in action but the characters all gradually reveal themselves to be incredibly vivid. ... By the end of the film, you have a portrait of the Anatolia region in Turkey where you can't ever tell what's really true. By the end of the movie, you've been told what you think is the truth but there are so many things wrong with how it's been presented, that you're not sure it's really true." (Co-winner: Grand Prix. The other winner of the Grand Prix was The Kid with a Bicycle, directed by Jean-Pierre and Luc Dardenne.)

•Drive, directed by Nicolas Winding Refn — "It's very violent. The big trademark shot of this comes when the hero, played by Ryan Gosling, in the Steve McQueen/Clint Eastwood role, smashes peoples' skulls and they crack like an eggshell. ... It's an action film that's almost pure style. ... Refn is Tarentino's Tarentino. He's seen the same exploitation movies, the same Hong Kong films and all the rest and he boils everything down to almost pure style. There's almost no emotion in it." (Winner: Best Director) 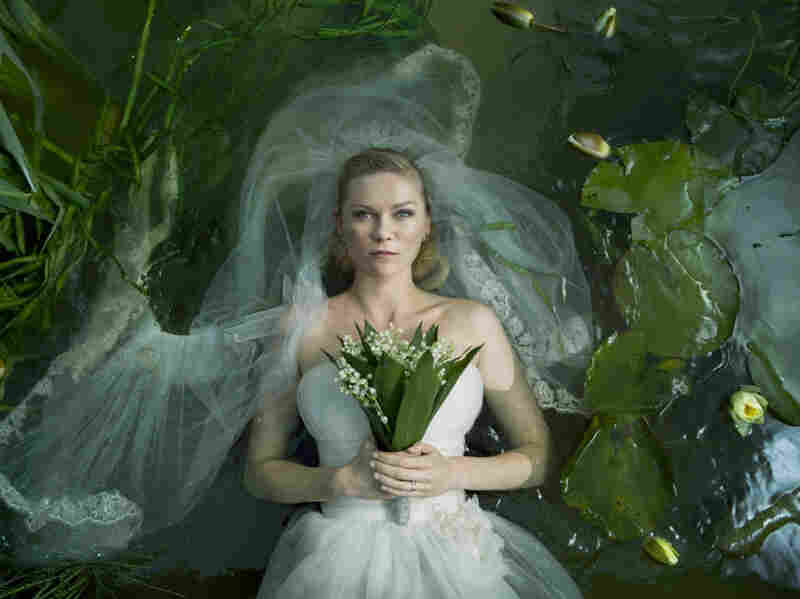 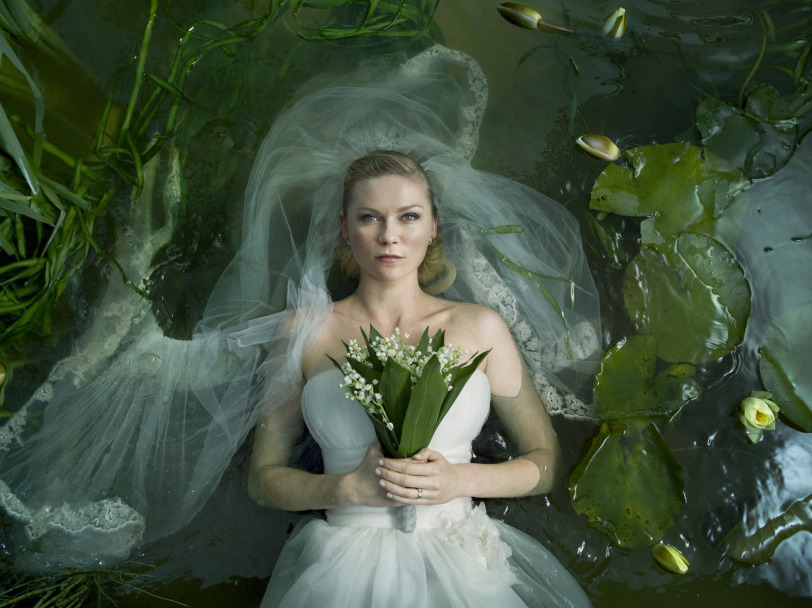 •Melancholia, directed by Lars Von Trier — "[It's] about two things. One, a huge planet called Melancholia that is racing towards the Earth and is probably going to destroy it. Side by side with it, you're getting the story of a family, one played by Kirsten Dunst, who won Best Actress in the festival, and is just great in Melancholia, as the depressive, melancholic sister whose smile is so radiant you just love her, and then her sadness is so terrible, it annihilates the world. ... The film is both a cosmic and psychological portrait of destruction and destructiveness and darkness." (Winner: Best Actress, Kirsten Dunst)

•The Artist, directed by Michael Hazanavicius — "It is both a silent film shot in the style of an old silent film, with the timing and rhythm of a silent film but it's about a silent film star played by Jean Dujardin who's a great heroic figure but the problem is, he's a great silent film star just at the moment when [the film industry] is going to sound. So he's having to deal with that issue. ... It works like wonders. A very smart friend of mine went in and said 'I tried hard to resist it but it's irresistible.' Everyone thought this was going to be a gimmick idea or a pastiche and yet it plays like gangbusters and got the biggest applause out of any film at the festival." (Winner: Best Actor, Jean Dujardin) 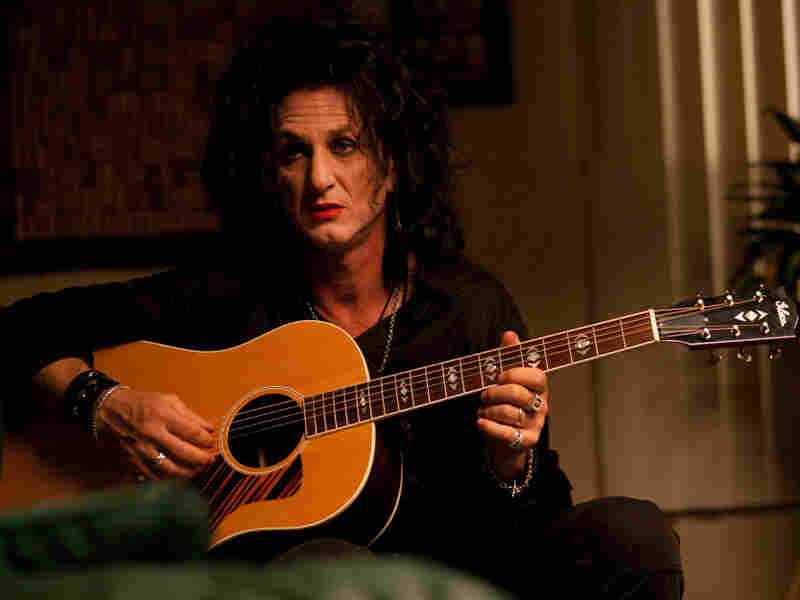 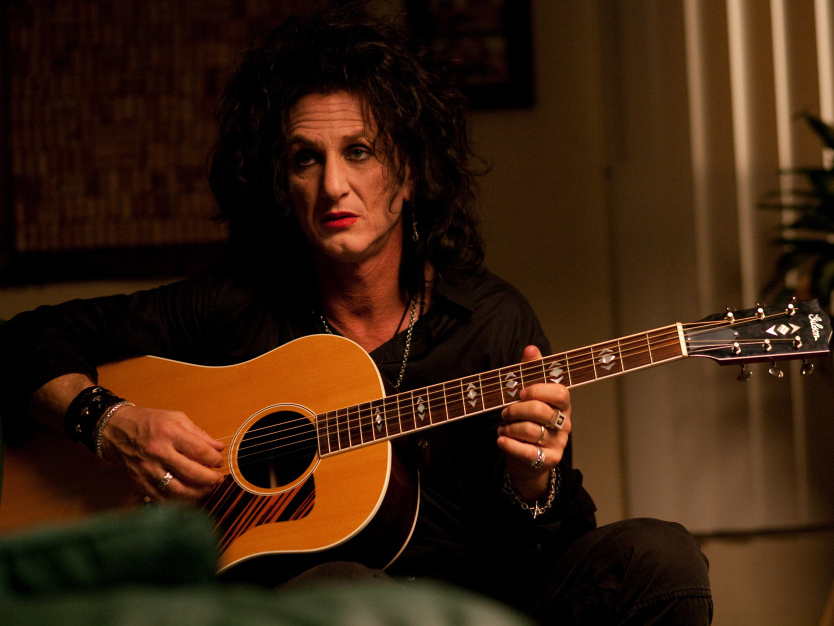 John Powers calls Paolo Sorrentino's This Must Be the Place, starring Sean Penn, the "craziest" movie he saw at the festival.

•This Must Be The Place, directed by Paolo Sorrentino — "This may be one of the weirdest movies I have ever seen. It stars Sean Penn as a 50-year-old faded and retired Goth rocker living in Ireland. He looks like Robert Smith from The Cure. He wears black leather, he wears lipsticks and all the rest. When his father dies, he flies back to America and learns that his father had a small vendetta against a guy who was his guard at Auschwitz. So dressed as a 50-year-old Goth rocker, Sean Penn enters a cross-country roadtrip to track down a Holocaust criminal. It's a Holocaust road movie which is also [Penn's character's] coming of age story because the film is how he comes of age at age 50. In addition to all of this, it's a comedy."

•This Is Not A Film, directed by Jafar Panahi — "Panahi is probably the most famous Iranian director over the past 10 years. He [recently] got himself in trouble with the government. He was identified as being a threat to national security. Various judges declared that he should go to prison for six years and he was banned from filmmaking for 20 years. While he appeals that decision, he's living under house arrest but not allowed to make films. So what he's done is he's had a friend come over and they shoot a film inside his apartment where he's under house arrest and he talks to the camera about his situation, you hear his conversation with his lawyers about what the government's going to do to him. ... Gradually you see what's happening with his life and what's going on with his situation politically, and the insistent point they keep making is: They're not actually making a film. The film is called This Is Not A Film because if he is actually making a film, he's violated the rules under which he's living under which case he could perhaps go to prison for life."

On director Lars Von Trier's statements about Hitler and Nazis during Cannes: "He always says provocative things. One year, he called Roman Polanski a dwarf when Polanski's jury didn't give him the top prize. In this case, what happened was, he got a thought that started off as a perfectly reasonable thought and then got going — almost like someone with Tourette's who can't stop himself from going. I don't think he was really trying to say the most shocking stuff, but somehow as the audience gets more shocked, he likes doing it more and more, so eventually he pushed on. ... The press corps were simultaneously aghast and delighted because when someone says stuff like this at Cannes, you know you get a front page story rather than an arts page story. So there's actually more glamour and glory for the journalists."