Accessibility links
The Nation: Senate Republicans Say 'No' To Ryan Plan Paul Ryan's Medicare plan didn't make it past the Senate but it wasn't just Democrats blocking the legislation: Five Republicans voted no. John Nichols of The Nation explains why some Republicans agree that Ryan's proposal hurts senior citizens.

The Nation: Senate Republicans Say 'No' To Ryan Plan

The Nation: Senate Republicans Say 'No' To Ryan Plan 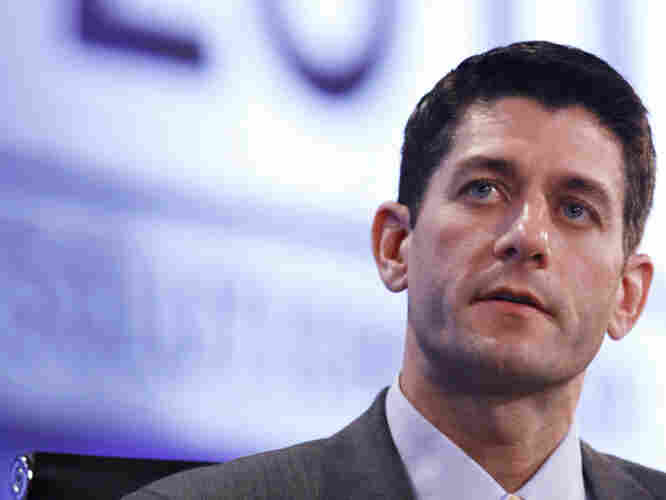 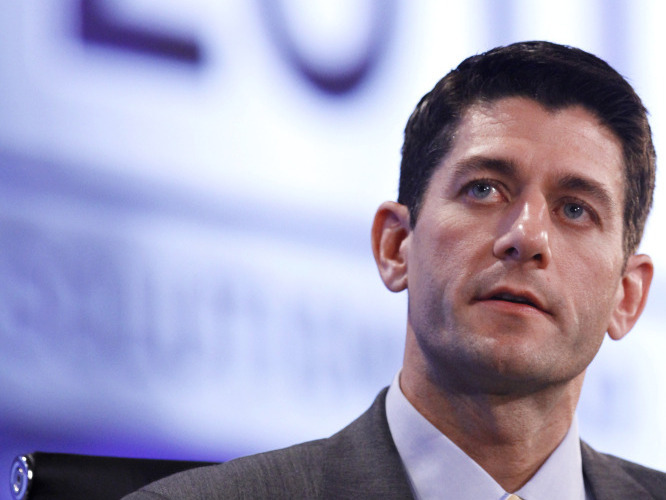 House Budget Committee Chairman Rep. Paul Ryan (R-WI) speaks at the 2011 Fiscal Summit in Washington on Wednesday. Ryan has been a proponent of controversial Medicare legislation.

The House Budget Committee chairman admits that his advocacy for the deconstruction of Medicare as we know it cost his party a previously "safe" Congressional seat in upstate New York's 26th district. Asked on Wednesday morning about the role that concerns about Medicare's future played in Tuesday's upset win by Democrat Kathy Hochul, Ryan said: "I think that's a big part of it."

But the Wisconsin Republican claims that is only because the voters — presumably Republicans who switched from their usual pattern of voting for George Bush and John McCain to back a progressive Democrat — were duped by a campaign to deliberately "distort and demagogue."

"There is a Medicare story to be told here...and it's that the president and his party have decided to shamelessly distort and demagogue Medicare," Ryan explained on MSNBC's Morning Joe.

But the scariest talk about Ryan's plan is not coming from Democrats.

It's coming from Republicans.

First, Newt Gingrich dismissed the plan Ryan rushed through the House with the support of all but four Republican members as "right-wing social engineering" — before he was beaten back into line by the right-wing thought police.

When the Senate considered the Ryan budget Wednesday, it was rejected 57-40. And the rejection was a bipartisan one. Of the fifty-seven "no" votes, fifty-two came from members of the Democratic caucus, while five of the "no" voters were Republicans.

One of the dissident Republicans was Kentucky Senator Rand Paul, who objects that Ryan's plan — which would not balance the budget for decades — is not a serious response to fiscal challenges facing the country.

The other four Republican "no" votes — Mainers Olympia Snowe and Susan Collins, Massachusetts' Scott Brown and Alaska's Lisa Murkowski — came from comparably more moderate members, who based their objections on Ryan's assault on Medicare, among other concerns.

In announcing her opposition to the Ryan plan, Snowe said, "I am going to vote 'no' on the budget because I have deep and abiding concerns about the approach on Medicare, which is essentially to privatize it."

Most Democrats have danced around the fundamental fact of Ryan's plan: That is does not "reform" or "improve" Medicare. The congressman's voucher scheme prepares the way for the popular and necessary program's elimination in any form that Americans have understood or appreciated it. Instead of steering public funds toward the care of the elderly, the Ryan plan steers the elderly — via vouchers — into the clutches of the for-profit insurance companies that make their money by denying care to the sick, the disabled and the vulnerable elderly.

But Snowe went to the heart of the matter. She used the "p" word: privatization. And she was right to do so.

Worse yet for Ryan, Snowe is not some duped victim of Democratic distortion or demagoguery.

She is a senior senator who is considered something of an expert when it comes to the Medicare debate. She is well aware of Ryan's plan and his arguments for it. And she of the budget committee chairman: "He is not going to have all the answers or the answers that I am going to agree with..."

Snowe is, of course, being attacked as a "RINO" — "Republican-in-Name-Only" — by the same thought police who went after Gingrich. The same goes for Snowe's fellow Mainer, Susan Collins, who announced her opposition earlier, and for Massachusetts Senator Brown, a former Tea Party favorite who has abandoned the Ryan plan. As for Murkowski, she has already wrangled with the Tea Party crowd; after losing the 2010 Alaska Republican primary to an extremist, she ran for and won re-election as an independent write-in candidate.

Both Snowe and Brown are up for re-election in 2012. Both are likely to face some sort of primary challenge from the purists.

But both have calculated, correctly, that voting for a plan to privatize Medicare is a lot more threatening to their political prospects — and to the circumstance of elderly Americans — than is a surrender to the delusional notion that voters are excited enough about balancing budgets that they will willingly abandon the guarantees that generations of elderly Americans have counted on.

That has freed them to speak some blunt truths about the threat posed by Ryan's plan to seniors — and to Americans who might someday be seniors.

As Brown said in explaining his opposition to the Ryan plan: "I fear that as health inflation rises, the cost of private plans will outgrow the government premium support [vouchers] — and the elderly will be forced to pay ever higher deductibles and co-pays. Protecting those who have been counting on the current system their entire adult lives should be the key principle of reform."

Additionally, explained Brown, the Ryan plan places seniors "at risk of losing their Medicare Advantage coverage" and violates the principle that "seniors should not have to bear a disproportionate burden" of any shared responsibility to balance budgets.

That's a Republican speaking, a member of Paul Ryan's own party.

And that's the confirmation that the distortion of the Medicare debate is not being fostered by Democratic critics of the Ryan plan. The distortion is coming from Ryan, and anyone else who suggests that his approach preserves Medicare or serves seniors.