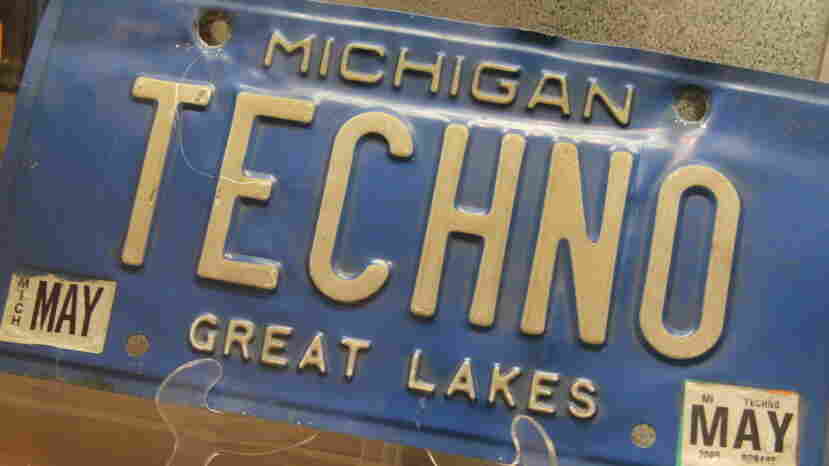 A Michigan license plate on exhibit at the techno museum run by Submerge and housed in the label's building. Wills Glasspiegel for NPR hide caption

Although widely associated with Europe, techno music was invented in Detroit and its suburbs in the early 1980s by young African-Americans armed with drum machines, futurist ideals and a predilection for Kraftwerk. Artists like Juan Atkins, Derrick May and Kevin Saunderson used whatever technology they could get their hands on to pioneer a cutting-edge sound made up of growling synths and driving dance beats. In the process, they set in motion one of the essential musical movements of the 20th century.

The music eventually found its largest audience across the Atlantic, but most of the original techno innovators still work out of the Motor City. This Memorial Day weekend most will be in town for the annual Movement Electronic Music Festival.

In the list below originators, producers, DJs, label owners and musicologists pick 10 tracks that define the Detroit techno sound.

Wills Glasspiegel and Marlon Bishop spoke to the musicians and writer below in the course of reporting a story for All Things Considered and producing a radio documentary on Detroit techno and Chicago house for Afropop Worldwide.