Accessibility links
Karsh Kale: Up In The Air The Indian-American composer discusses writing for film, and explains how traveling alone from New York to India and back helped inspire his newest album. 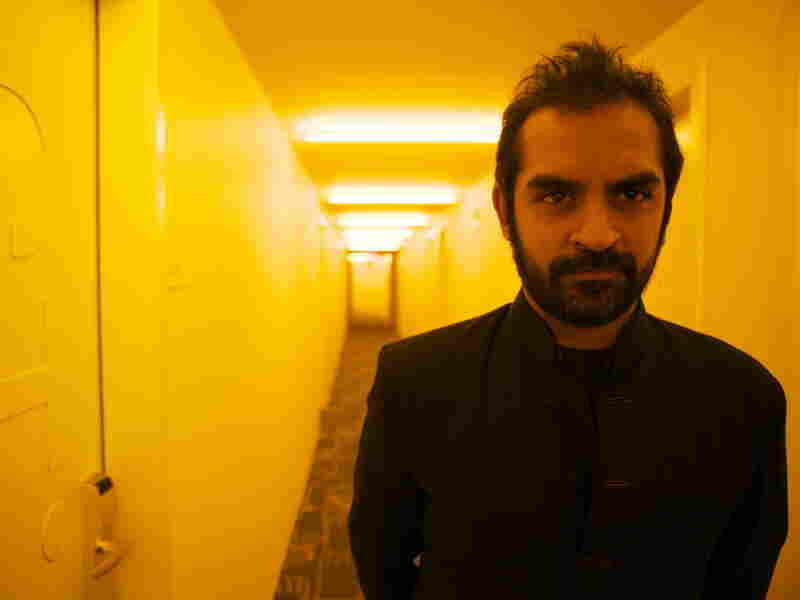 Two floors above the bodegas of Sunset Park in Brooklyn, Karsh Kale walks me through his digital orchestra. The composer is known for his use of Indian instruments to create lush electronic music.

"Here we have staccato cello," he says. "Then there's this horn effect sound, just to add drama."

Kale has become a star of the New York club scene through his American music — the frenetic fusion of his tablas and drums with swirling electronics. Recently, though, he's also become one of India's top film composers. Right now, he's in the middle of some musical outsourcing, flurrying to finish a new score with his partners in Delhi for a big-budget Bollywood action movie. Kale says the transition to working in film was an easy one.

"My favorite songs would inevitably become movies in my head, and images in my head would inevitably inspire songs in my head. There's always a visual to what I'm doing," he says. "It always comes from a feeling, a color, a space, a landscape, something I was able to take in visually and then I could express."

Kale's latest album, Cinema, opens with an image of an island surrounded by an ocean. It's a fitting start for a record inspired by long, solitary flights to India.

But in spite of his jetset lifestyle, Kale says that all of his journeys eventually bring him back to New York.

"That's what's always keeping the music alive, that pendulum swing," he says. "I do find myself immersed in India, but there is that moment when I feel like it's time to go. I've got to go back to the bat cave, rethink some things and come back with some new ideas."