Accessibility links
The Nation: Your Movies Were Boring Anyway, France French media's defense of Dominique Strauss-Kahn's alleged assault was the last straw. Katha Pollitt of The Nation writes an open letter to France about why her love affair with the country has come to and end.

The Nation: Your Movies Were Boring Anyway, France

The Nation: Your Movies Were Boring Anyway, France 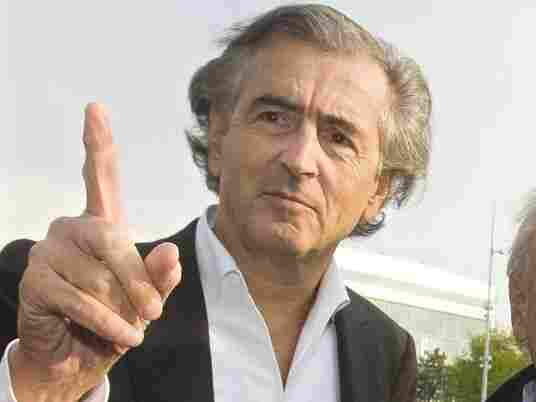 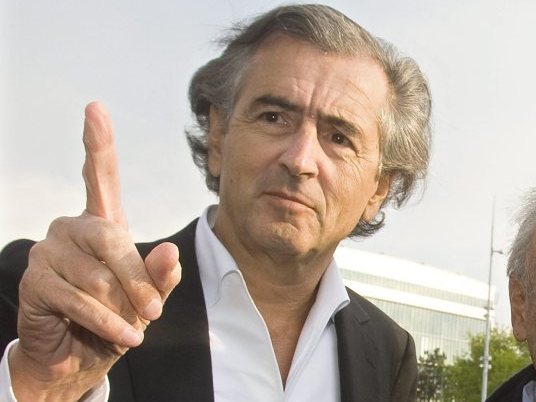 Katha Pollitt is a columnist for The Nation.

I used to love you, but this is it. We're through. Oh, it was lovely while it lasted, my crush on your big welfare state, with its excellent national health service and its government-funded childcare. I liked your firm separation of church and state, your refusal to buy into the Iraq War, your mass demonstrations in support of workers and against the neoliberal agenda. And let's not forget the long vacations, outdoor markets, flourishing bookstores and high-speed trains! I even liked the fact that all your schools have the same centralized curriculum — not like here, where local cranks and preachers get to meddle with history and science and cancel the school play. French kids study philosophy in high school! How cool is that? It made me so happy to think that there was a country where being intelligent and well-read was seen as a good thing, I gladly forgave you for all those boring movies where genial groups of affluent friends sat for hours over lunch in the garden of a country house.

But, France, I don't like you anymore. Because what is the point of having all those smart, cultivated, social-democratically inclined secular people if it turns out they are such self-satisfied creeps? You should listen to yourself sometime: smug, paunchy, powerful middle-aged men parading across the media going on about how Dominique Strauss-Kahn was just engaging in some typically Gallic flirtation in that Sofitel suite in Manhattan. "It was just a quickie with the maid," said the famous journalist Jean-Francois Kahn, using an antiquated idiom (troussage de domestique) that suggests trussing up a chicken. Former culture minster Jack Lang was outraged that DSK was not immediately released on bail since after all, "no man died." (He probably didn't mean to, but he did say "no man" — Il n'y a pas mort d'homme — not "no one"). And let's not forget Bernard-Henri Levy, whose pretentious drivel has to be the worst thing you've exported to us since pizza-flavored La Vache Qui Rit. Levy can't get over the way the New York justice system is treating his friend: "I hold it against the American judge who, by delivering him to the crowd of photo hounds, pretended to take him for a subject of justice like any other." Treating a master of the universe the same as anyone else — even the African immigrant who cleaned his hotel room, quoi — isn't that what justice is? Didn't they teach you that in high school philosophy, M. Levy?

Almost as repellent as the sexual entitlement of French men, with their insistence on their seigneurial right to "heavy flirting," is the docility and feminine-mystique-ization of the French women who enable them. Well, maybe it's not entirely their fault: not only do they never get to eat a square meal (oh, so that's why French women don't get fat), masses of them are on tranquilizers — twice as many as French men, and one of the highest rates in the world (hmm, about that national health service...). But how pathetic is it to see them rising in defense of their right to be pawed by their bosses ("in France we don't want war between the sexes.... Everybody knows that in America a young boy is not allowed to touch a girl," writes Laurence Masurel, former political editor of Paris Match). Or applauding men for betraying them as if it's proof of their manly greatness, as did Anne Sinclair, DSK's zillionaire wife: "I am quite proud! For a political man, it is important to seduce." This was in 2006, by the way, long after it was well-known in his circle that DSK allegedly attempted to rape the young writer Tristane Banon, one of his daughter's closest friends and the goddaughter of his second wife. And why did Banon not go to the police? She was dissuaded — by her mother! No wonder the poor girl went into a depression that lasted for years and ended up telling the story of her near-rape as a kind of hysterical joke on TV ("J'adore!" exclaimed one of the male guests on the show). How out of it are French women? In one poll, they were even a little bit more likely than men to believe that DSK was the victim of a plot (a view held by a majority of both sexes) and less likely than men to believe he was definitely not a victim of a plot.

To listen to the French you would think their system of justice was a model of defendants' rights, while we throw innocent people to the lions on the mere say-so of an accuser. I won't defend the handcuffs and the perp walk or our crazy tabloid press, but I'd argue that the US system has the better presumption of innocence. In France, under the inquisitional criminal justice system, there's no jury in the American sense, just a panel of judges and "lay assessors" — citizens chosen at random who cannot be questioned for bias. The investigating judge functions both as fact-finder and legal authority, the defendant's lawyer plays a fairly passive role, and a two-thirds majority is enough for a conviction. You're rightly horrified by our jails and prisons, France, but given that you have one of the most inhumane prison systems in the world, are you really in a position to criticize?

A word about race: for decades, France, you've prided yourself on your lack of racism. But really what that means is you like African-American jazz musicians and writers. You're actually quite racist toward your own ex-colonized immigrants of color, most notably Muslims from North Africa. The way you talk about Muslim immigrant women, you would think France was a gender-egalitarian paradise for everyone else, and the biggest feminist issue was whether or not to ban the burqa.

Ironically, the DSK affair has given the small and internally conflicted French feminist movement new visibility and a great organizing issue. Petitions are going round against sexual harassment and male privilege. There's rage and mockery at DSK's pals and their dominance in the media. On May 22, hundreds of women demonstrated in Paris under banners with slogans like Men lose it — Women pay for it.

Liberte, Egalite, Sororite — when you make that your motto I might start taking you seriously again.