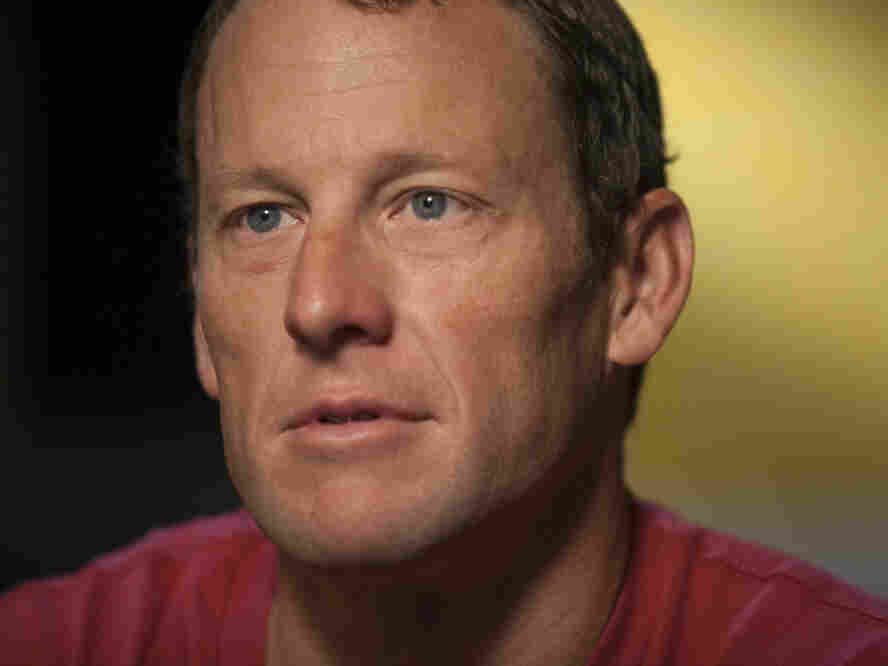 In Armstrong's hometown of Austin, Texas, the newest accusations are beginning to tear at his reputation as the world's most famous cyclist.

His cancer-fighting foundation is headquartered in Austin, where yellow silicone Livestrong bracelets are nearly as common as tattoos.

And in Central Austin, cyclists pedal down the Lance Armstrong Bikeway.

Steve Godfrey, a 39-year-old cyclist from Louisiana, stops to chat on his way to a delivery, and strokes his push-broom beard pensively. "I would just say it's a difficult situation; he's become such an iconic hero to so many people. It's almost like a 21st century Shakespearean tragedy maybe in a way."

If it turns out that the cyclist doped and lied about it, will it hurt his image in Austin?

"I think it will somewhat," says Sam Burns, a Ph.D. student at the School of Information who works at the University of Texas and commutes to campus on his bike. "He's built up a really positive reputation, one that a lot of people respect both for his athleticism and the cause that he's taken up. And I think that it will be tarnished a bit.

"I think that ultimately people will probably forgive him given the seemingly pervasive use of this kind of stuff, and hopefully cycling will get cleaned up as a result."

Federal prosecutors in Los Angeles are looking into whether the seven-time Tour de France champion cheated to win his titles.

Hamilton's damaging statements about Armstrong come a year after similar allegations made by Floyd Landis, another ex-teammate. After Landis admitted he — and, he said, Armstrong — used banned substances, Landis was stripped of his 2006 Tour de France title.

Armstrong continues to deny the mounting accusations, maintaining that he has passed every one of nearly 500 drug tests.

Sports columnist Kirk Bohls writes about Armstrong's travails for the Austin American-Statesman. Bohls says that with the recent allegations, local opinions about the cycling legend may have reached a tipping point.

"Most of the email and response I've received has been very negative toward Lance Armstrong, and I wonder if some of the tide may have turned against him."

The Lance Armstrong Foundation is housed in a modern, architecturally inviting building in East Austin. Since Armstrong started the foundation in 1997, it has raised $400 million and helped nearly 3 million people with cancer.

After the news broke last week, Armstrong tweeted: "For those who think we'll be distracted, think again. We're here to serve."

Nike, a major donor to the Lance Armstrong Foundation, released a statement earlier this week saying that its relationship with Armstrong remains "as strong as ever" and the company, like the cyclist, does not condone banned drugs.