Accessibility links
Federal Warnings Hit Medical Pot Boom From California to Arizona, Colorado to Maine, states across the country are legalizing the sale of medicinal marijuana. Recent warnings from U.S. attorneys, however, are making local governments rethink their plans. 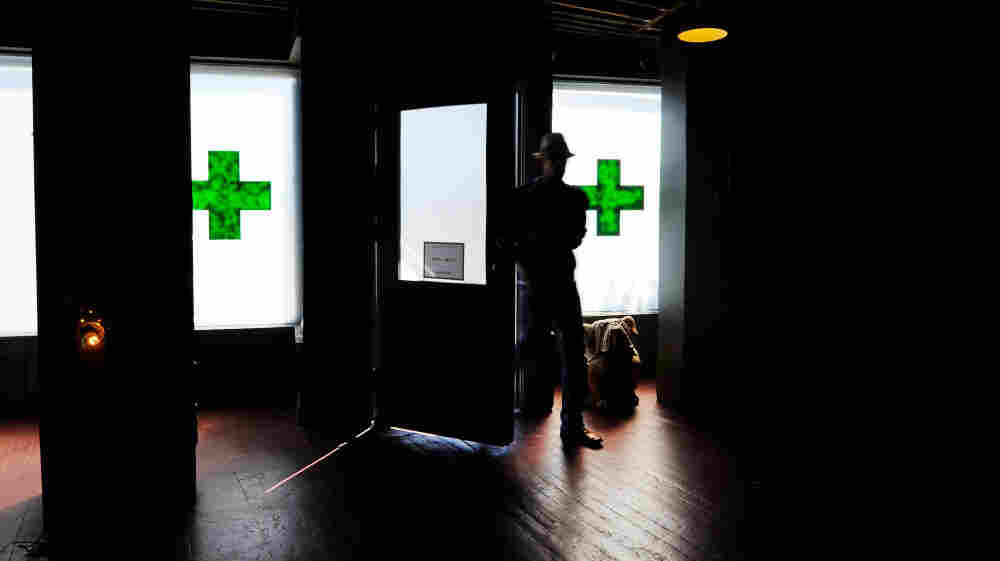 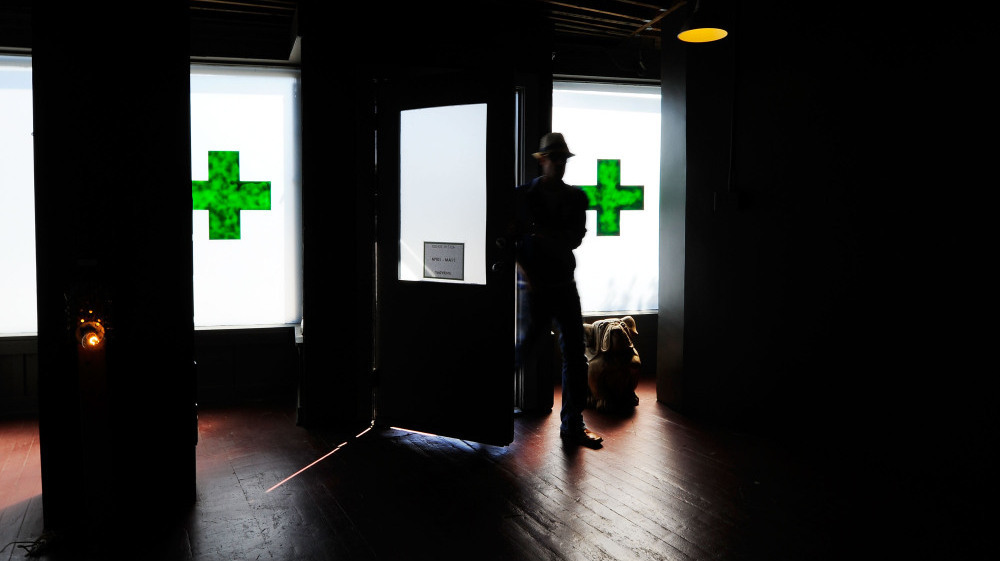 From California to Arizona, Colorado to Maine, states across the country are legalizing the sale of medical marijuana. Recent warnings from U.S. attorneys, however, are making local governments rethink their plans.

Seth Bock stands in what's supposed to be one of Rhode Island's first medical marijuana stores. His group was going to install grow lights and a ventilation system this week, but not anymore.

"We can't really invest any money into the carpentry and the building process until we know that this will go on," he says.

But that could take a while. Rhode Island Gov. Lincoln Chafee has put the program on hold indefinitely. The reason: a letter he received from the U.S. Attorneys' Office that said Rhode Island's so-called compassion centers could face federal raids, fines or criminal prosecution if they open.

Rhode Island's letter is similar to those sent to at least eight other states with medical marijuana programs. Advocates believe the threats are a dramatic change from the Obama administration's original stance on medical marijuana. The Justice Department has refused to clarify its decision, saying only that its policy remains the same. It says the U.S. attorneys assigned to each state have "discretion" about how to enforce that policy.

What the policy is, exactly, depends on how you interpret what's called "the Ogden memo."

"In 2009, the Department of Justice indicated that it would be a low priority to prosecute anyone who was complying with state medical marijuana laws," Jay Rorty of the American Civil Liberties Union explains. He says the 2009 memo from then-Deputy Attorney General David Ogden made advocates think the federal government wouldn't interfere with state medical marijuana stores. 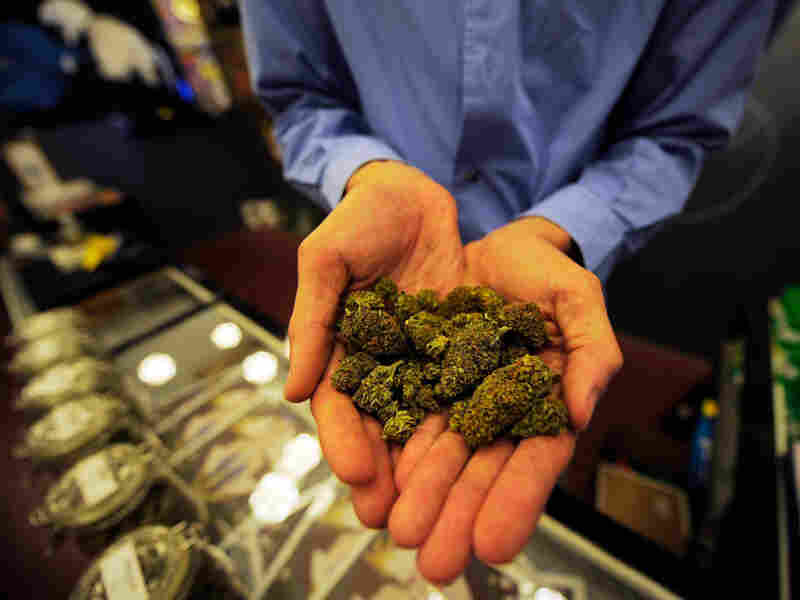 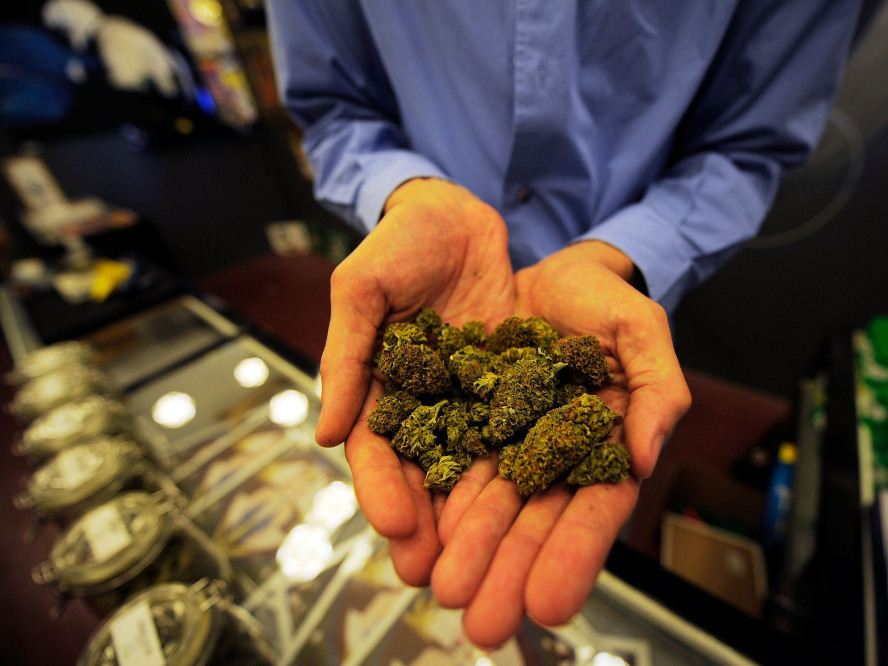 U.S. Attorney Michael Ormsby from Washington state disagrees with that interpretation. "I think the ACLU takes that statement out of context," he says. According to him, the memo means the federal government won't go after patients who are growing their own marijuana — but retail stores were never part of that exception.

"We're talking, in some instances, about thousands of dollars a week being generated by these enterprises," he says.

It's a problem familiar to Colorado's Attorney General John Suthers. He says Colorado's more than 800 dispensaries are probably not what the federal government had in mind when it issued the Ogden memo.

"We've had just a plethora of retail dispensaries develop. We've got grow operations; we're now at 125,000 patients," he says. "And it's a joke."

That's why he asked his U.S. attorney for advice. Suthers guesses that the letters from other U.S. attorneys are an attempt to prevent more states from becoming like Colorado.

How each state interprets those letters is different. Some are going ahead with their programs despite the warnings. Others are in the same limbo as Rhode Island, where patients are getting frustrated.

"I don't know about you, but I feel mad. Do you?" Ellen Lenox Smith is a familiar face at the podium in the Rhode Island State House. She testifies in favor of dispensaries at every opportunity, with her wheelchair and service dog nearby. She says marijuana helps lessen the pain of her two incurable diseases. She grows her own plants, for now.

"I have to wonder, as I progress with my two conditions, where am I going to be headed? What happens when I can no longer grow? Where am I supposed to turn?" she says.

For now, the answer to Lenox Smith's question is unclear, as states weigh the new risks of opening dispensaries. Local governments are looking to a lawsuit filed by the governor of Arizona to clarify the federal government's stance on state marijuana programs. Meanwhile, the sale of the drug continues to follow a pattern of fits and starts across the country.