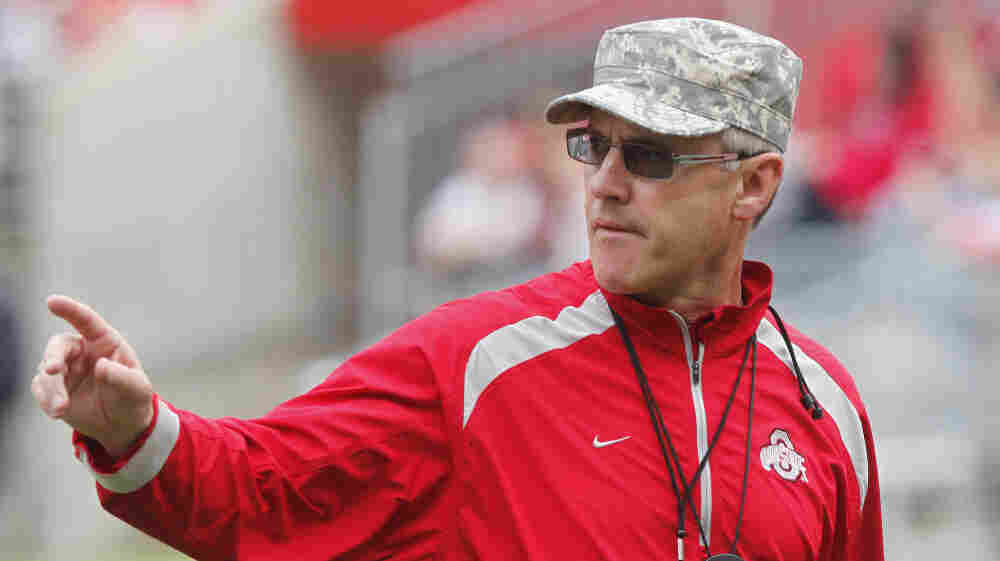 Ohio State head coach Jim Tressel said in a statement: "After meeting with university officials, we agreed that it is in the best interest of Ohio State that I resign as head football coach." Terry Gilliam/AP hide caption 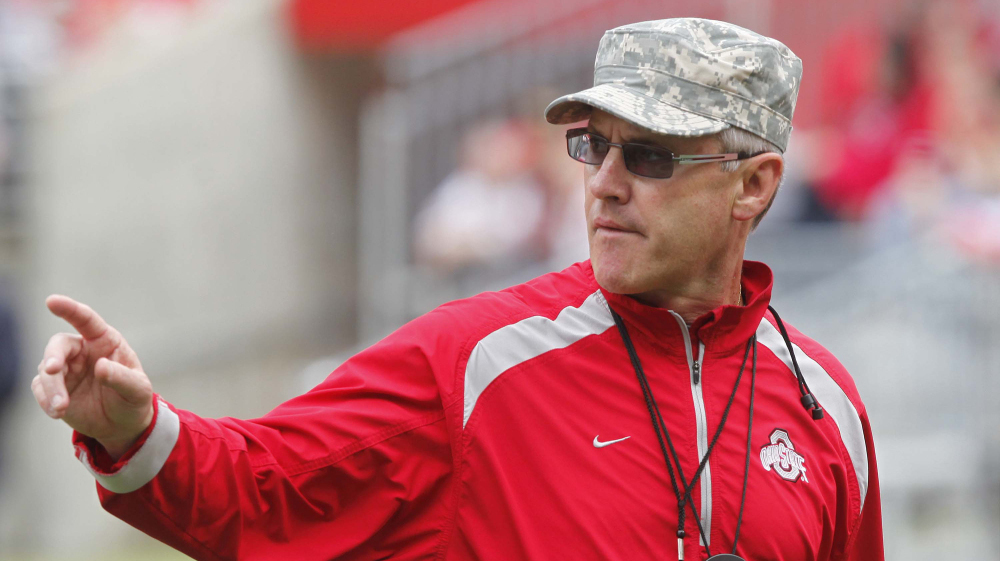 Ohio State head coach Jim Tressel said in a statement: "After meeting with university officials, we agreed that it is in the best interest of Ohio State that I resign as head football coach."

In a statement released by the university, Tressel said: "After meeting with university officials, we agreed that it is in the best interest of Ohio State that I resign as head football coach. The appreciation that [wife] Ellen and I have for the Buckeye Nation is immeasurable."

Luke Fickell will be the coach for the upcoming season. He already had been selected to be the interim head coach while Tressel served a five-game suspension.

Ohio State spokesman Jim Lynch said he was unaware of any buyout or severance package. He added that Tressel had returned from vacation Sunday night and met with athletic director Gene Smith, who then met with staff. Tressel typed his resignation and submitted it to Smith, he said.

Ohio State's program has been under fire amid a scandal involving players selling championship rings in exchange for cash and tattoos. Selling rings and memorabilia is against NCAA rules. Tressel did not immediately report the infractions, and when he spoke out later, he was suspended for the first five games of next season.

Several former players have since come forward to say that selling memorabilia has been a common practice at Ohio State.

Tressel's downfall came with public and media pressure mounting on Ohio State, its board of trustees, President E. Gordon Gee and Smith.

The resignation comes nearly three months after Ohio State called a news conference to announce it had suspended Tressel for two games — later increasing the ban to five games to coincide with the players' punishment — and fined him $250,000. The school said at the time it was "very surprised and disappointed" in Tressel. Yet, the school still managed to crack jokes.

Asked if he considered firing Tressel, Gee said then: "No, are you kidding? Let me just be very clear: I'm just hopeful the coach doesn't dismiss me."

Tressel and Ohio State were to go before the NCAA's infractions committee Aug. 12 to answer questions about the player violations and why Tressel did not report them. He denied knowledge of improper benefits to players until confronted by investigators with emails that showed he had known since April 2010.

The 58-year-old Tressel had a record of 106-22-0 at Ohio State. He led the Buckeyes to eight Bowl Championship Series games in his 10 years. Combined with a 135-57-2 record in 15 years at Youngstown State, where he won four Division I-AA national championships, Tressel's career mark was 241-79-2.

NPR's Mike Pesca and Fred Kight of member station WOUB contributed to this story, which contains material from The Associated Press.