Accessibility links
Fangtastic Voyage: 'True Blood' Vampires Live On The third season of HBO's vampire soap True Blood is now out on DVD. TV critic David Bianculli says the show's success proves that vampires — more than werewolves, zombies or witches — will turn out to be the most durable media monsters of all. 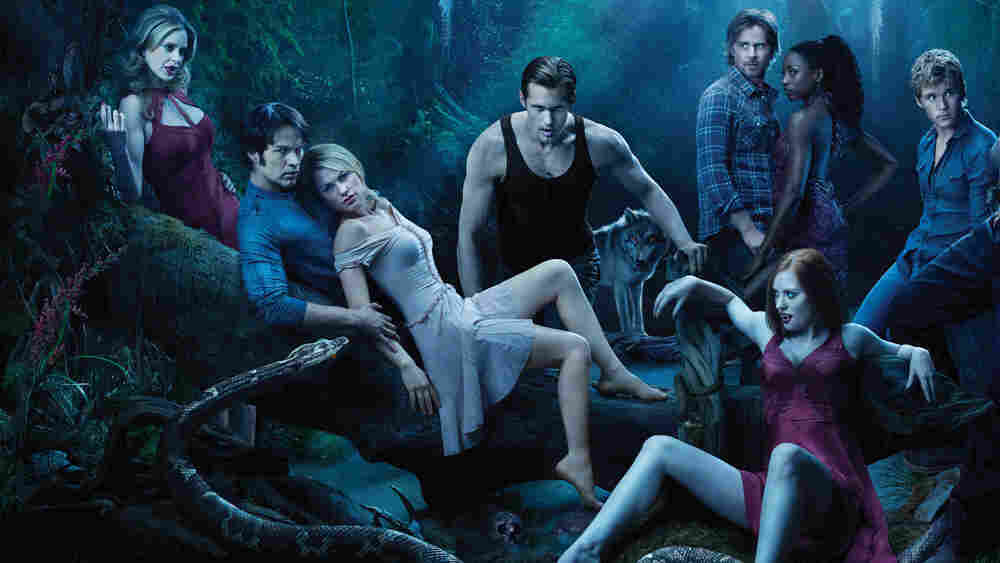 The cast of True Blood lounges in the bayou of Louisiana, where the show is set. The vampire soap's fourth season begins June 26. HBO hide caption

[Spoiler alert: This review touches on some details from the third season of True Blood.]

This week, HBO releases Season 3 of True Blood on DVD — 12 episodes bringing us up to speed on Sookie Stackhouse, the psychic southern waitress; on Bill Compton and Eric Northman, the two vampires who are in love with her; and on all the other far-from-normal residents of and around their bayou town. And in a few weeks, on June 26, HBO launches Season 4 of True Blood, which doubles down on its paranormal plot lines.

At the end of Season 3, Sookie, played by Anna Paquin, had felt used and betrayed by both of her vampire lovers, and discovered that her own psychic gifts — as well as some more recently discovered powers — were due to a formerly unknown lineage. She's part human and, as it turns out, part fairy. Her loyal vampire boyfriend, Bill Compton, doesn't love her any less — but another vampire, Russell, the sinister vampire king of Mississippi, warns Sookie that there might be a reason for that. Russell explains this as Sookie has him chained and captured — and just after he's almost burned to death from exposure to the sun.

It makes perfect sense that True Blood is returning on HBO — and being released on DVD — during the summer. Based on the Sookie Stackhouse novels by Charlaine Harris, and adapted for TV by Six Feet Under creator Alan Ball, True Blood is the TV equivalent of the perfect summer beach book. It's funny, it's sexy, it's imaginative, it's outrageous — and, like Sookie's human-fairy blood, it's addictive. It also passes my basic test for any great ensemble TV series: Its characters are so well-written, and so well-acted, that I can spend time with any of them without missing the others.

In Season 3 on the DVD set, True Blood introduces plenty of new characters, in addition to Denis O'Hare's Vampire King. There are fairies, shape-shifters, werewolves — and, in season four, we'll get heavily into the world of witches. It's a smart move — because even though vampires are among the hottest things in pop culture right now, even monsters are vulnerable to the fickleness of public tastes. 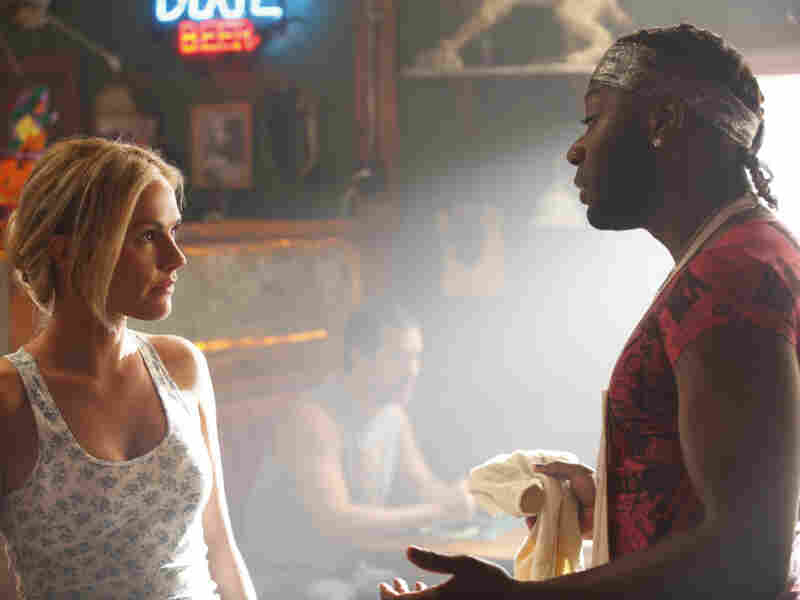 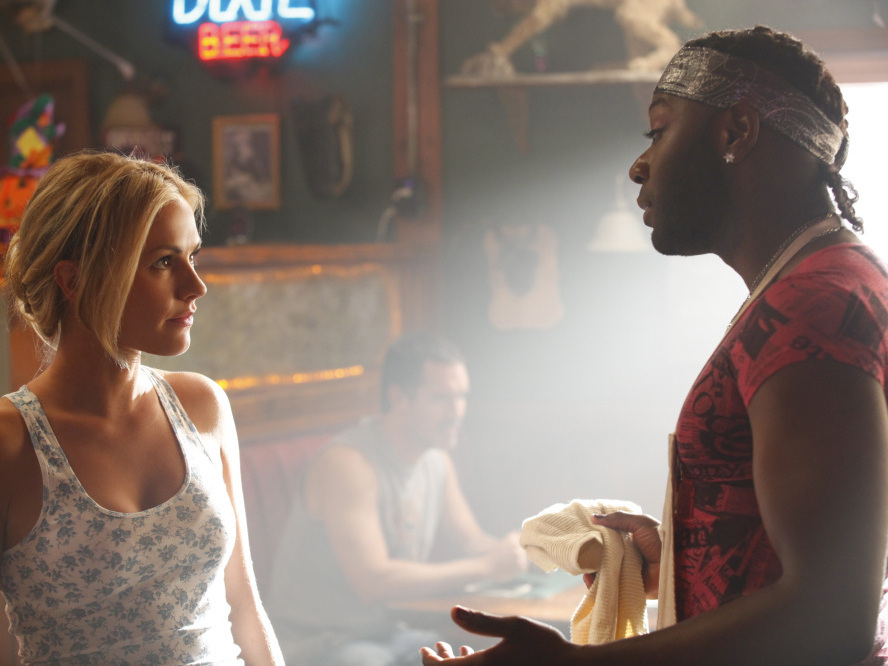 Both True Blood and the Twilight movie series began in 2008, and both have invested heavily in werewolves as well as vampires. But in this new decade of television, vampires are in danger of being overrun. Last year on AMC, a zombie series based on a graphic novel, The Walking Dead, came out of nowhere and set viewership records for that network — almost three times the audience for the same network's Mad Men. This week, MTV presents a new series based on an old Michael J. Fox movie, Teen Wolf. And this fall, the CW network — which already has injected werewolves into its series The Vampire Diaries — hedges its bets by presenting a new series, Secret Circle, that's about a coven of young witches.

My bet, though, is that vampires — more than werewolves, zombies or witches — will prove to be the most durable media monsters of all. It's been almost 90 years since the first memorable movie vampire, Nosferatu, hit the big screen — and exactly 80 years since Bela Lugosi played Dracula.

Those were monsters, though — creepy bloodsuckers, not the stuff of swoony romance novels. All that changed in the 1950s, when Christopher Lee embodied a more seductive brand of bloodsucker in a series of Hammer Studios horror films. And it was codified in the 1960s, on television, when a daytime soap opera called Dark Shadows presented the central vampire, for the first time, as a misunderstood, haunted victim. That's the model that's been followed, for the most part, ever since — from Frank Langella's matinee-idol Dracula to all of the present-day vampires on Twilight, True Blood and elsewhere.

So zombies may be popular now, and werewolves and witches may be on the rise — but for a safe, long-term investment in pop culture's fascination with the paranormal, I say take your money and let it ride on vampires. They're undead in more ways than one — every generation, they always seem to earn a brand new life.