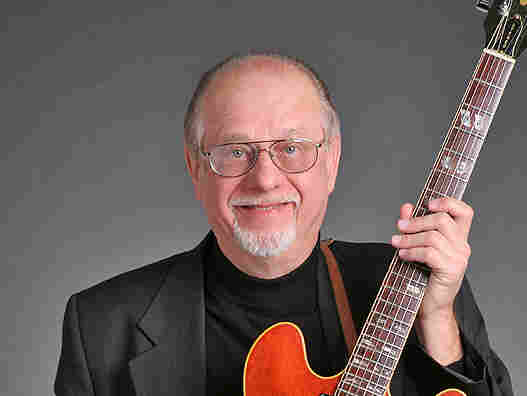 You may not know guitarist Dennis Coffey's name, but you know his work. Coffey was an integral member of the Funk Brothers, the house band for Motown, and helped usher in a harder-edged sound for the label. That was generations ago, but at 70, a man as talented as Coffey isn't about to stop crafting new compositions or revisiting old ones.

Given his Motown roots, it's obvious that Coffey can play the guitar — you don't contribute to a plethora of stone-cold classics without major talent — and "Space Traveller" provides an excellent jumping-off point for digging into his catalog. Coffey plays several guitar parts on the track, and his chemistry with bassist Jim Simonson creates a near-perfect funk-rock hybrid.

After adding in the Hammond B3 and Fender Rhodes (played by Eric Hoegemeyer), at first represented by pecks at the keys overlapping the opening bass before expanding into freer passages, "Space Traveller" unfolds into a straightforward rock tune. Much of the verse is powered by Simonson's bass, while Coffey is ever-present as he sprinkles in light but effective rhythmic thoughts, waiting to explode until he hits the chorus. Coffey's experience lends itself perfectly to such controlled aggression, which never quite boils all the way over into mayhem.

Sign Up: Song Of The Day Newsletter
A Funky Sleeper Favorite Gets Its Due Jan. 18, 2007