Accessibility links
From The 'Vinyl Deeps,' Ellen Willis Wrote About Rock The late Ellen Willis was the first pop-music critic for The New Yorker. A new anthology, Out of the Vinyl Deeps, collects her thoughts on Dylan, Joplin and The Rolling Stones, among others. Critic Ken Tucker says the anthology "resurrects a nearly lost, vital, invaluable voice" in pop music. 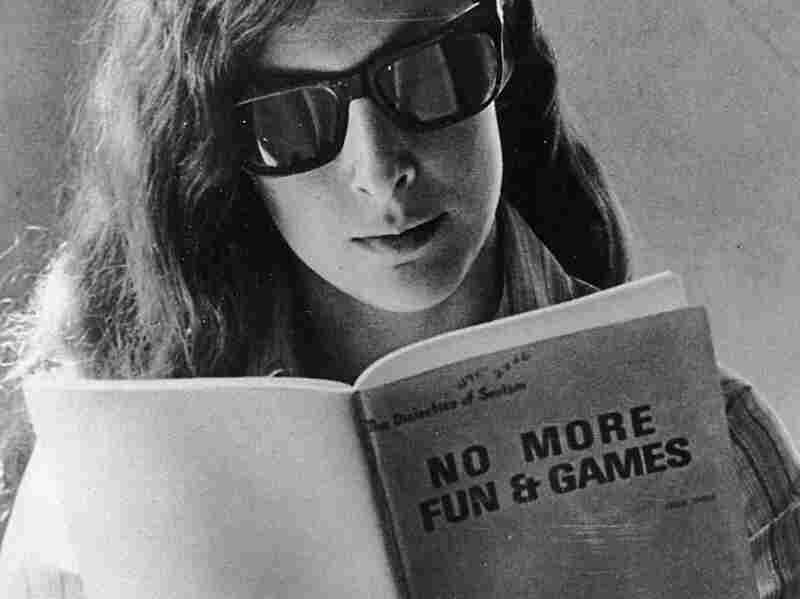 The late Ellen Willis was the first pop-music critic for The New Yorker. University of Minnesota Press hide caption 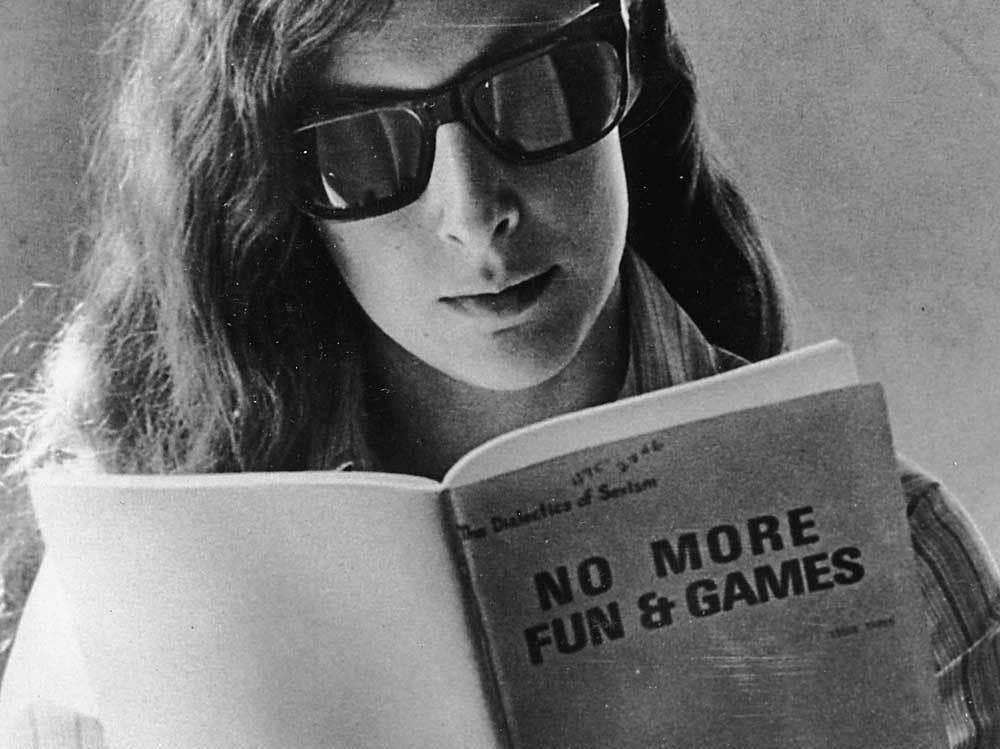 The late Ellen Willis was the first pop-music critic for The New Yorker.

Ellen Willis was one of the first rock critics — at a time starting in the late 1960s — when serious writing about rock, pop and R&B was rare. She was the first pop-music critic for The New Yorker, starting in 1968. She combined a love of pop culture and an active engagement with feminist theory to create a unique body of writing, which finally gets a proper showcase in a new anthology titled Out of the Vinyl Deeps: Ellen Willis on Rock Music, edited by her daughter, Nona Willis Aronowitz.

The anthology leads off with a remarkable dissection of Bob Dylan circa 1967. Typical of this long piece, which appeared in a short-lived pop magazine called Cheetah, were assertions about her subject that no one had ventured before, yet which afterward became common wisdom.

"His masks hidden by other masks, Dylan is the celebrity stalker's ultimate antagonist," Willis wrote. To have seen this in Dylan in 1967, at a time when he was very much a public pop star, is typical of the way Willis combined close listening to songs, adding everything she knew about the subject's public image and private life, to arrive at a critical position. Willis, Robert Christgau and Greil Marcus were among the very few writers working through this method, and the clarity of Willis' prose and thinking was so immediately striking that she leaped with a single bound from Cheetah to The New Yorker, where she'd captured the attention of editor William Shawn.

A Celebration Of 'Vinyl' And Pop Critic Ellen Willis May 11, 2011
Fiction Pulitzer Sneaks Music Writing In Through The Back Door April 19, 2011
Ellen Willis, Feminist and Writer Nov. 10, 2006

Willis loved counterculture stars from Dylan to Janis Joplin, but she also championed cult bands such as Joy of Cooking and the New York Dolls. Her judgments were never predictable. She argued that The Rolling Stones' "diatribe" "Under My Thumb" was less sexist than Cat Stevens' condescending "Wild World," because "Mick Jagger's fantasy of sweet revenge could easily be female" as well as male.

Crafted with a directness and utter lack of fan gush, many of Willis' observations sound as fresh and as appropriate to the present music scene as they did decades ago. Her 1971 criticism of pop music's tendency, among both the audience and the critic, toward "a tedious worship of technical proficiency" would be as appropriate now regarding TV shows such as American Idol and The Voice as it was in addressing music-on-vinyl back then.

At a certain point in post-punk, around the time hip-hop became the dominant sound of popular music, Willis lost interest in rock criticism and pursued her other interests: feminist theory and activism, politics and the philosophy of Wilhelm Reich, among many other topics. She'd become impatient with pop in part for its failure as an agent of social and political change, writing, "There can't be a revolutionary culture until there is a revolution." She was the founder of New York University's Cultural Reporting and Criticism program and, by many accounts, an inspirational teacher. Willis died in 2006 at age 64. Out of the Vinyl Deeps — whether she's writing about Elvis Presley or Moby Grape — resurrects a nearly lost, vital, invaluable voice.

Excerpt: 'Out Of The Vinyl Deeps: Ellen Willis On Rock Music' 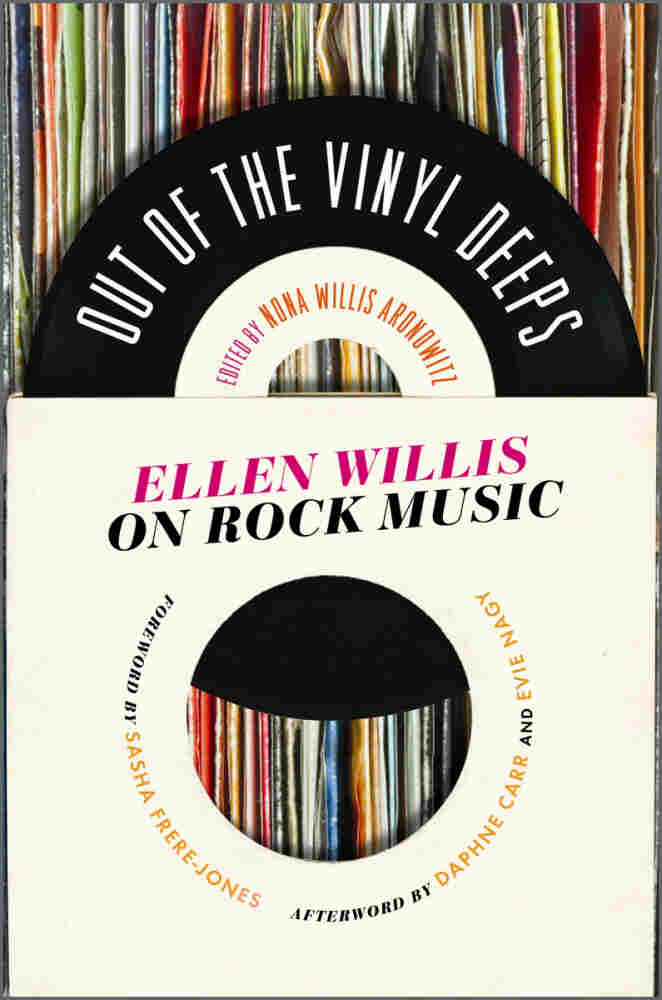 Out of the Vinyl Deeps
By Ellen Willis
Paperback, 272 pages
University Of Minnesota Press
List Price: $22.95

Nearly two years ago, Bob Dylan had a motorcycle accident. Reports of his condition were vague, and he dropped out of sight. Publication of his book, Tarantula, was postponed indefinitely. New records appeared, but they were from his last album, Blonde on Blonde. Gruesome rumors circulated: Dylan was dead; he was badly disfigured; he was paralyzed; he was insane. The cataclysm his audience was always expecting seemed to have arrived. Phil Ochs had predicted that Dylan might someday be assassinated by a fan. Pete Seeger believed Dylan could become the country's greatest troubadour, if he didn't explode. Alan Lomax had once remarked that Dylan might develop into a great poet of the times, unless he killed himself first. Now, images of James Dean filled the news vacuum. As months passed, reflex apprehension turned to suspense, then irritation: had we been put on again? We had. Friends began to admit, with smiles, that they'd seen Bobby; he was rewriting his book; he was about to sign a contract with MGM Records. The new rumor was that the accident had been a cover for retreat. After Blonde on Blonde, his intensive foray into the pop demimonde, Dylan needed time to replenish his imagination. According to a less romantic version, he was keeping quiet till his contracts expired.

The confusion was typical. Not since Rimbaud said "I is another" has an artist been so obsessed with escaping identity. His masks hidden by other masks, Dylan is the celebrity stalker's ultimate antagonist. The original disparity between his public pose as rootless wanderer with southwestern drawl and the private facts of home and middle-class Jewish family and high school diploma in Hibbing, Minnesota, was a commonplace subterfuge, the kind that pays reporters' salaries. It hardly showed his talent for elusiveness; what it probably showed was naivete. But his attitude toward himself as a public personality was always clear. On an early recording he used the eloquent pseudonym "Blind Boy Grunt." "Dylan" is itself a pseudonym, possibly inspired by Dylan Thomas (a story Dylan now denies), possibly by a real or imaginary uncle named Dillon, who might or might not be the "Las Vegas dealer" Dylan once claimed was his only living relative.

In six years Dylan's stance has evolved from proletarian assertiveness to anarchist angst to pop detachment. At each stage he has made himself harder to follow, provoked howls of execration from those left behind, and attracted an ever-larger, more demanding audience. He has reacted with growing hostility to the possessiveness of this audience and its shock troops, the journalists, the professional categorizers. His baroque press conference inventions are extensions of his work, full of imaginative truth and virtually devoid of information. The classic Dylan interview appeared in Playboy, where Nat Hentoff, like a housewife dusting her furniture while a tornado wrecks the house, pursued the homely fact through exchanges like: "Do you have any unfulfilled ambitions?" "Well, I guess I've always wanted to be Anthony Quinn in La Strada. . . . I guess I've always wanted to be Brigitte Bardot, too; but I don't really want to think about that too much."

Dylan's refusal to be known is not simply a celebrity's ploy, but a passion that has shaped his work. As his songs have become more introspective, the introspections have become more impersonal, the confidences of a no-man without past or future. Bob Dylan as identifiable persona has been disappearing into his songs, which is what he wants. This terrifies his audiences. They could accept a consistent image — roving minstrel, poet of alienation, spokesman for youth — in lieu of the "real" Bob Dylan. But his progressive self-annihilation cannot be contained in a game of let's pretend, and it conjures up nightmares of madness, mutilation, death.

The nightmares are chimerical; there is a continuing self, the Bobby Dylan friends describe as shy and defensive, hyped up, careless of his health, a bit scared by fame, unmaterialistic but shrewd about money, a professional absorbed in his craft. Dylan's songs bear the stigmata of an authentic middle-class adolescence; his eye for detail, sense of humor, and skill at evoking the archetypal sexual skirmishes show that some part of him is of as well as in the world. As further evidence, he has a wife, son, and house in Woodstock, New York. Instead of an image, Dylan has created a magic theater in which the public gets lost willy-nilly. Yet he is more — or less — than the sum of his illusions.

Many people hate Bob Dylan because they hate being fooled. Illusion is fine, if quarantined and diagnosed as mild; otherwise it is potentially humiliating (Is he laughing at me? Conning me out of my money?). Some still discount Dylan as merely a popular culture hero (How can a teenage idol be a serious artist? At most, perhaps, a serious demagogue). But the most tempting answer — forget his public presence, listen to his songs — won't do. For Dylan has exploited his image as a vehicle for artistic statement. The same is true of Andy Warhol and, to a lesser degree, of the Beatles and Allen Ginsberg. (In contrast, James Dean and Marilyn Monroe were creatures, not masters, of their images.) The tenacity of the modern publicity apparatus often makes artists' personalities more familiar than their work, while its pervasiveness obscures the work of those who can't or won't be personalities. If there is an audience for images, artists will inevitably use the image as a medium — and some images are more original, more compelling, more relevant than others. Dylan has self-consciously explored the possibilities of mass communication just as the pop artists explored the possibilities of mass production. In the same sense that pop art is about commodities, Dylan's art is about celebrity.

This is not to deny the intrinsic value of Dylan's songs. Everyone interested in folk and popular music agrees on their importance, if not their merit. As composer, interpreter, most of all as lyricist, Dylan has made a revolution. He expanded folk idiom into a rich, figurative language, grafted literary and philosophical subtleties onto the protest song, revitalized folk vision by rejecting proletarian and ethnic sentimentality, then all but destroyed pure folk as a contemporary form by merging it with pop. Since then rock-and-roll, which was already in the midst of a creative flowering dominated by British rock and Motown, has been transformed. Songwriters have raided folk music as never before for new sounds, new images, new subject matter. Dylan's innovative lyrics have been enthusiastically imitated. The folk music lovers who managed to evolve with him, the connoisseurs of pop, the bohemian fringe of the literary community, hippies, and teenagers consider him a genius, a prophet. Folk purists and political radicals, who were inspired by his earlier material, cry betrayal with a vehemence that acknowledges his gifts.

Yet many of Dylan's fans — especially ex-fans — miss the point. Dylan is no apostle of the electronic age. Rather, he is a fifth-columnist from the past, shaped by personal and political nonconformity, by blues and modern poetry. He has imposed his commitment to individual freedom (and its obverse, isolation) on the hip passivity of pop culture, his literacy on an illiterate music. He has used the publicity machine to demonstrate his belief in privacy. His songs and public role are guides to survival in the world of the image, the cool, and the high. And in coming to terms with that world, he has forced it to come to terms with him.