Accessibility links
How Do Countries Boost Tourism After A Disaster? Natural disasters and political unrest have devastated the tourism industry in countries such as Japan and Egypt. Tour operators are doing what they can to bring a few people back — hoping real-life stories from adventurous travelers will convince others that conditions are safe. 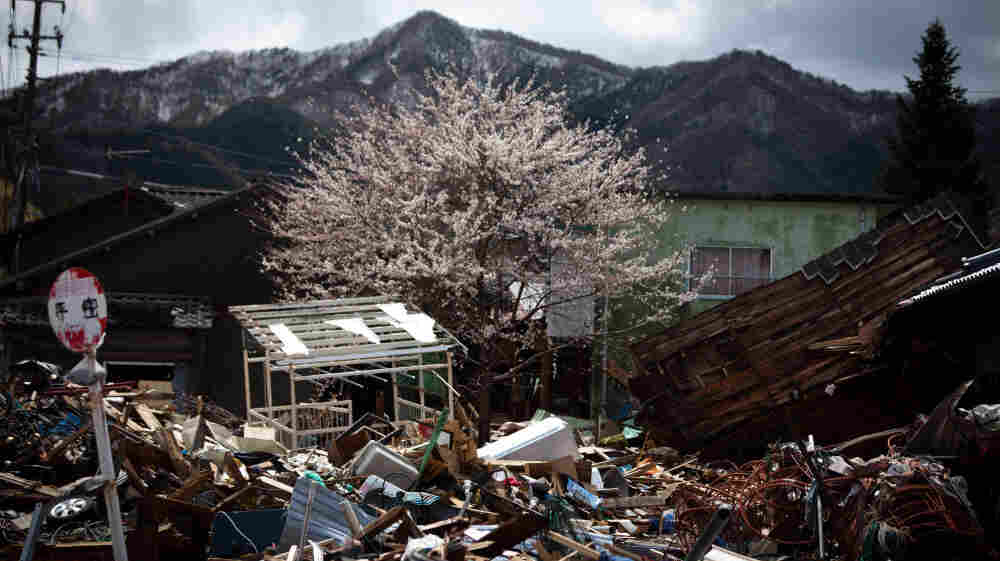 Image is everything — at least when it comes to tourism.

A country might boast the best beaches or amazing antiquities, but if potential visitors have reason to worry about their safety, they won't come. That's the problem now confronting several countries that generally rely heavily on tourism.

"You may have the greatest attractions, but any bad news will put them on the back burner," says Jafar Jafari, a tourism expert affiliated with universities in Spain, Portugal and Wisconsin.

Political upheaval in North Africa and the Middle East has cratered the travel business in places like Egypt and Jordan. Far fewer people, meanwhile, are visiting Japan following the earthquake, tsunami and nuclear meltdown in March.

How safe is it to travel to Mexico these days? That may depend on whom you ask.

Drug-related violence has bedeviled parts of the country for the past several years, leading to more than 3,000 deaths in Ciudad Juarez alone in 2010. In April, the State Department updated its travel warning for Mexico, noting that homicides and carjacking continue to be serious concerns in the northern border states.

But State also notes that "millions of U.S. citizens safely visit Mexico each year." Ricardo Alday, a spokesman for the Mexican Embassy in Washington, D.C., points out that Mexico is a large country and travel to destinations such as Cancun and Oaxaca poses no special risk.

"Most of our territory is safe," Alday says. "There are some areas around the border area that are in a difficult situation today, but that is not reflective of the country as a whole."

The Mexican government is openly seeking to appeal to adventure travelers — those who strive not just to see the sites but also to engage in some form of outdoor or cultural activity. "Mexico has to become the champion of adventure travel," President Felipe Calderon said at a conference in December.

That niche market is filled with people who have continued to visit much of Mexico. The stories they bring back home will do more to dispel the image that all of Mexico is some modern version of the Wild West than any public relations campaign could, says Shannon Stowell, president of the Adventure Travel Trade Association.

"My personal opinion is that Mexico could not spend enough money to overcome that negative image with positive PR," Stowell says.

Reshaping travelers' mental images of Japan and other affected countries is going to take considerable amounts of time. Government officials and tour operators in all of these countries are using several methods in attempts to convince would-be travelers that they shouldn't be afraid.

What they're trying to do is entice the most adventurous travelers to visit, in hopes they can reassure more nervous friends that these places are, for the most part, perfectly safe.

'I'm Here And Enjoying Myself'

There are certain places any sensible traveler will want to avoid. Now is not a good time to go sailing off the coast of Somalia, where pirates have made kidnapping a regular occurrence, for example. The State Department also has issued travel warnings for countries that are currently experiencing unrest, such as Yemen.

But strife does die down. And the larger part of most countries hit by natural disasters recovers quickly or was never directly affected to begin with.

On Sunday, Sho Dozono, the president of Azumano Travel, a travel agency in Oregon, led a group of about 85 Americans to Japan. Most will be doing volunteer work in Sendai and other cities that need some cleanup help. But some will just be seeing the sites, because tourism is important for rebuilding the local economy, too.

"Initially, there were some concerns about radiation," Dozono says, "and that's why tourism to Japan ground to a halt."

Dozono's group is being wined and dined, personally welcomed by U.S. Ambassador John Roos and plenty of Japanese tourism officials. They all recognize the importance of showing that Japan is a safe place for foreign guests.

"Our message for Japan is to say that it's safe and tourism is alive and well," Dozono says. "It has to be real live stories of average Americans saying, 'I'm here and enjoying myself,' rather than some government official."

Dozono has become something of an old hand in leading such goodwill tours. He has taken large groups to New York after the Sept. 11 attacks, to New Orleans following Hurricane Katrina, and to Thailand after the 2004 tsunami. 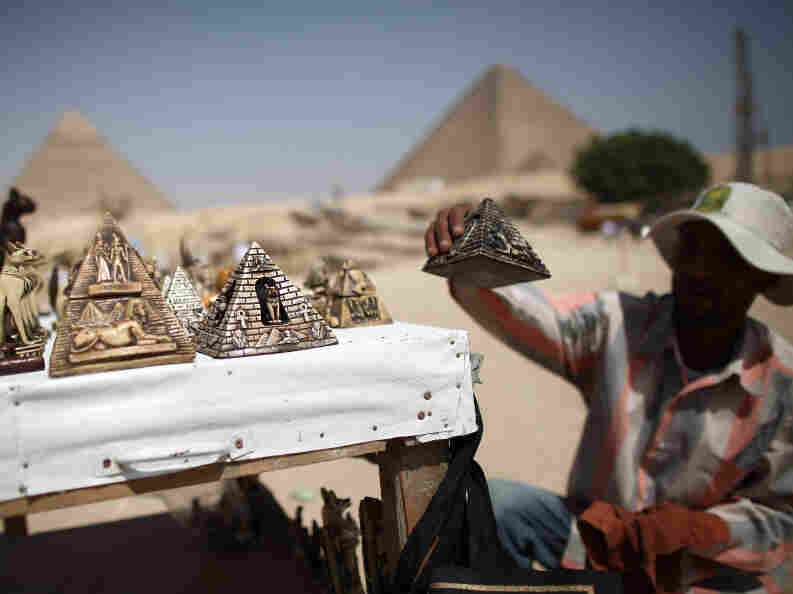 A street vendor prepares his wares at the Pyramids in Giza, Egypt, on May 28. Peter Macdiarmid/Getty Images hide caption 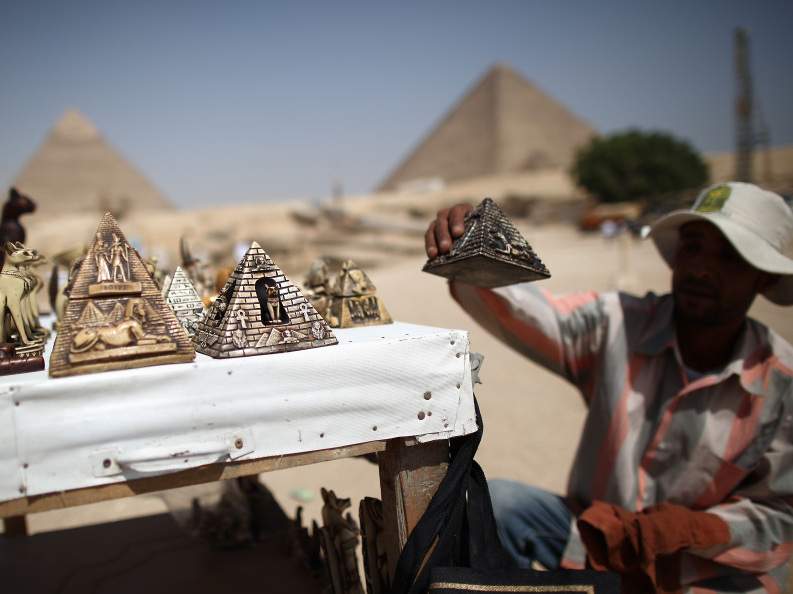 A street vendor prepares his wares at the Pyramids in Giza, Egypt, on May 28.

The strategy of bringing over the hardiest travelers to help signal that all's clear is one being pursued in all of the countries that have suffered from a recent streak of bad news.

It's crucial for destinations to start attracting live bodies as soon as they can. Advertising is important, but "much more powerful is the unsung story — people who have gone over there and told their friends they didn't feel scared," says Shannon Stowell, president of the Adventure Travel Trade Association.

Travelers looking for adventure or ways to help out can be "pioneers" that help lead people back into Egypt, says Basem Salah, a tour operator in Cairo.

These include not just adventure travelers but travel agents, who are being lured to places like Cairo and Tokyo with free travel packages.

"Some countries will offer package tours that are reduced in price," says Jafari, the tourism professor. "This may not attract all the tourists they're looking for, but may bring in people on a budget who always wanted to come."

Salah says the major tourist sites in Cairo and the monuments from Aswan to Luxor are perfectly safe. But he recognizes that potential guests will need some convincing. As incentive, he and some others in the local travel industry are offering "revolutionary tours" of recently important sites like Tahrir Square.

"Now it is a re-brand that you will also see the Egyptians who made the revolution," Salah says. "It's not going to be monuments only, but the revolution and freedom. We will have people who participated in revolution coming to visit you."

Salah and a number of other Egyptian tour operators are partnering with nongovernmental organizations to put together packages aimed at bringing over volunteers. In addition to sightseeing, they might spend part of their visit working with children at a cancer rehab center, or teaching deaf women to build a business by turning rice stalks into craft paper.

The State Department issues travel warnings when ongoing conditions leave a country unstable or potentially dangerous for visiting Americans. The State Department has issued several advisories over the past two months. In the cases of Mexico and Nigeria, the warnings apply to particular regions within those countries:

Some of these initiatives are receiving assistance from the U.S. government, which is bringing a group of Egyptian tour operators to America this month to learn best practices in volunteer tourism.

"It's a key way that we can help Egyptians in this transition period," says Michael Hankey, cultural affairs program director at the U.S. Embassy in Cairo. "It helps the tourism industry because when you have these nontraditional packages, you get repeat business because people have this personal engagement."

The hope is not just to convince people willing to come over at a difficult time to come back, but to get them to convince their friends that Egypt is a safe place to visit now. Word of mouth is the best weapon the travel business has to convince people that things aren't as dangerous as they may look on the news.

Like a certain streak of politician, travel industry officials are fond of blaming the media for showing relentlessly negative images.

"I hate to blame the media," says Dozono, the tour operator in Portland, "but they go from one disaster to another, and they don't show the recovery. They only show the damage, and people think it's not safe to go there."

Recovery Has Happened Before

People in the travel business are doing what they can to counter images of destruction or unrest, collecting video clips, blog posts and Facebook pages that show that life is more normal than prospective travelers might think. Their hope is that the personal accounts of the first willing travelers will go a long way toward dispelling negative images that have driven local tourist economies into the tank.

It has happened before. Places that are enticing enough will always bounce back. Kenya's tourism industry has recovered from a dip following post-election violence in 2008. Egypt itself staged a successful comeback after its tourism industry was rocked in the early 1990s by a series of terrorist attacks against foreign visitors.

But building business back up through word of mouth from the first few adventurous or well-meaning visitors inevitably takes time.

"I haven't heard of any situation where the turnaround is quick in a case like this," says Jafari, the Wisconsin tourism professor. "It takes a long time."