Accessibility links
Spelling Bee: Why Are Some Words So Hard? The 84th annual Scripps National Spelling Bee is under way, near Washington, D.C. Linguist Ben Zimmer explains what makes some words difficult to spell — and how the contestants learn to conquer them. 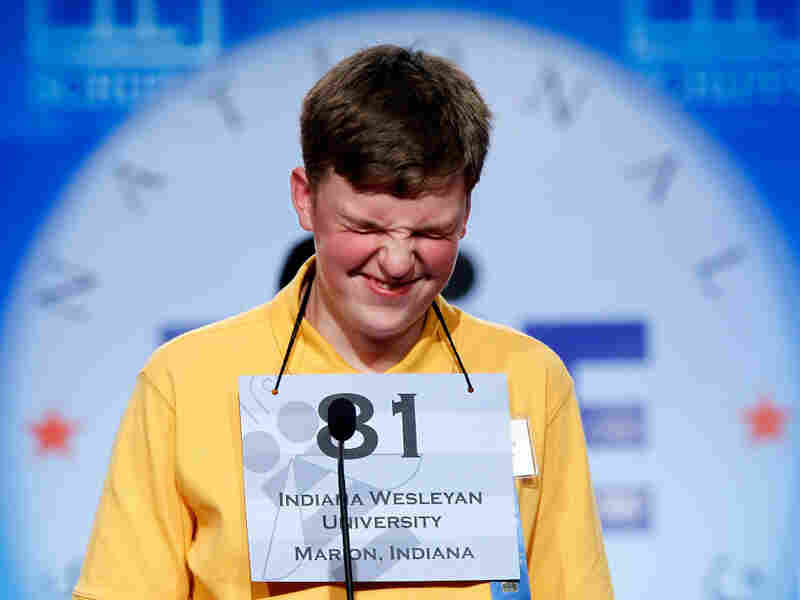 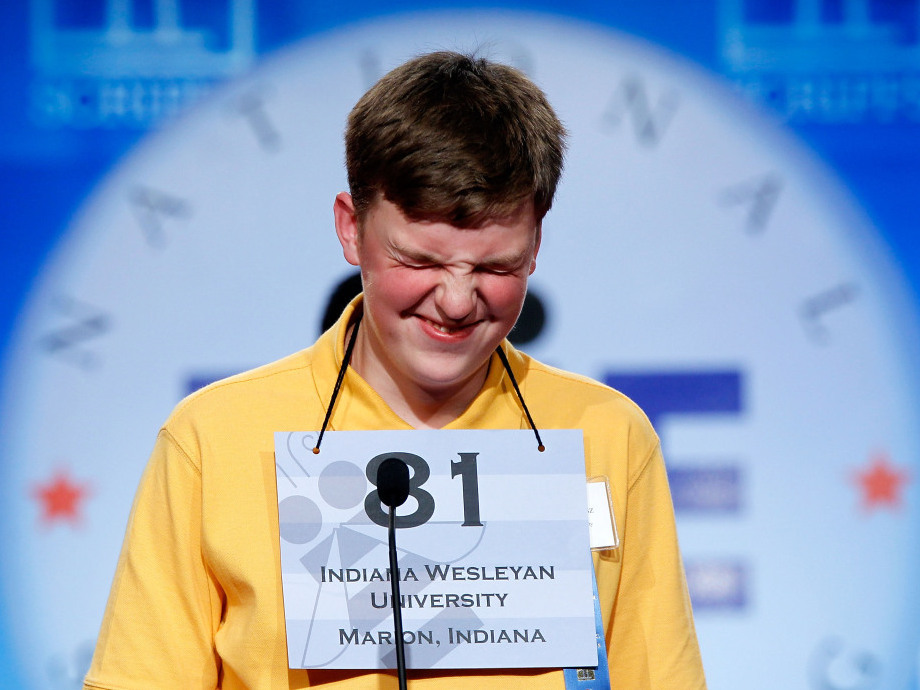 The Scripps National Spelling Bee is under way outside Washington, D.C., and over the next few days, 275 kids from ages 8 to 15 will put their spelling skills to the test.

"These kids are spending sometimes a few hours a day going through word lists" to learn the most difficult words in English, linguist Ben Zimmer tells NPR's Renee Montagne. "Very often, they are coming from immigrant families that really prize learning English as part of becoming assimilated into American culture. So, my hat's off to all of these young spellers."

Zimmer, the executive producer of VisualThesaurus.com and Vocabulary.com, offers his analysis of the difficult words that come up during spelling bees:

Words that stump even the precocious finalists at the Scripps Bee are often foreignisms that follow non-English spelling rules, like pickelhaube (German), hypozeuxis (Greek), abatis (French) and appoggiatura (Italian). Often, the kids who come out on top at the Bee are steeped in the linguistic rules of foreign languages. The competitors tend to be a pretty cosmopolitan bunch, with many speaking languages other than English.

The trickiest words in the Bee often have obscure foreign origins, even though they're in Merriam-Webster's unabridged English dictionary.

Spellers, On Your Marks

The Scripps National Spelling Bee website includes a sample test of 25 words. At the site, hit "Play" to hear the first word.

The winner of last year's National Spelling Bee, Anamika Veeramani, won on a German word she had studied: stromuhr (an instrument for measuring viscous substances). That was fitting, since the year before she had settled for fifth place after tripping over the German word fackeltanz (a royal wedding dance).

Top spellers also can be led astray by words that sound like they should follow a more familiar spelling pattern — but have an orthographic quirk to them. For instance, isarithm (a contour line on a map) sounds like it should end in "-rhythm," while hidrosis (excretion of sweat) sounds like it should start with "hydro-." Both of those show up among the very hardest words in the Visual Thesaurus Spelling Bee.

The Bee competitors often worry about "the dreaded schwa." When there's an unstressed vowel in a word that they haven't studied, they might not know whether it's spelled with an a, e, i, o, or u.

The schwa is also the stumbling block in some of the most common spelling confusions, like acclimation vs. acclamation, or imminent vs. immanent.

Researchers have found that words are most often misspelled when we follow a pattern suggested by other words, but the pattern-matching ends up being mistaken. So we guess that liquefy is spelled as "liquify" based on liquid, or that sacrilegious is spelled as "sacreligious," based on religious. The most adept spellers know when to trust analogical reasoning and when to look for exceptions to the common patterns of spelling.