Accessibility links
Yacht Maker Navigates Wind Power Industry After being forced to lay off half its workers, a Michigan yacht-building company has started to make wind turbines. The engineering principles are similar — and now the company is planning to start hiring again. 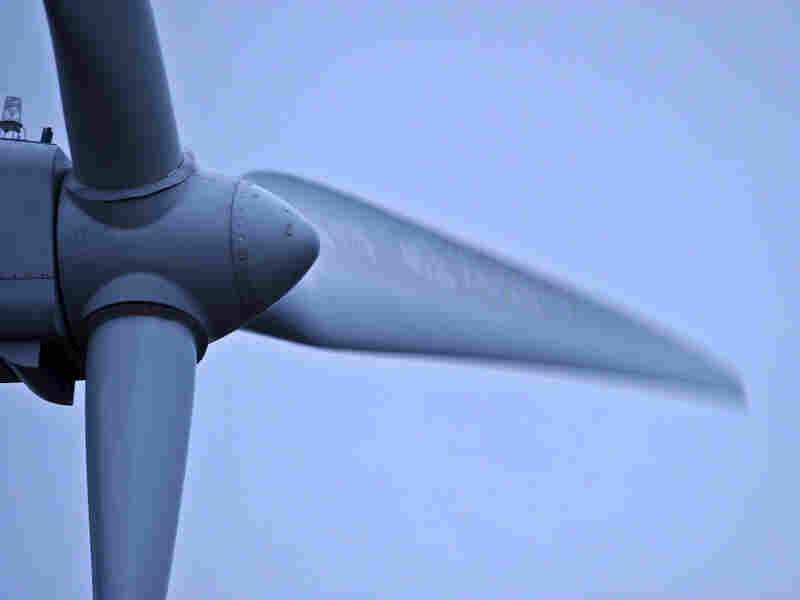 Engineers and workers at Tiara Yachts have found similarities between building boats and making wind turbines like this one. Pedro Armestre/AFP/Getty Images hide caption 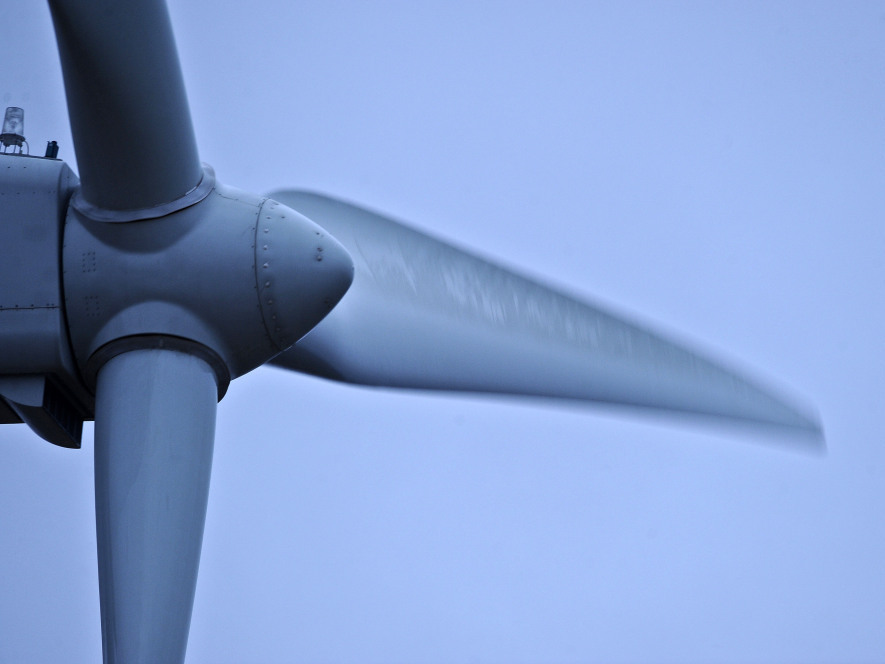 Engineers and workers at Tiara Yachts have found similarities between building boats and making wind turbines like this one.

The recession forced many small manufacturers to adapt to survive, especially in the industrial Midwest. In Michigan, a yacht-building company started a new venture in the wind-energy industry to keep its factory open.

In 2005 and 2006, Tiara Yachts was operating at full capacity, turning out about 400 yachts per year, with most of them going for around $1 million each. To keep up with demand, the company nearly doubled its manufacturing space in Holland, Mich.

A Fateful Decision To Expand

But Tiara Yachts Human Resource Director Steve Busch says the timing could not have been worse.

The boat market was hit hard, and Tiara Yachts had to lay off roughly half its workforce.

But now, the largest structure inside the company's newly expanded warehouse is a mold for a 150-foot-long wind turbine blade. The blade mold belongs to Energetx Composites, a new company spun off from Tiara Yachts. Busch says the new company is now making parts for wind turbines.

"Specifically, wind blades and nacelle structures and spinner caps are all made from advanced composites — from fiberglass, from laminates, from carbon fibers," he says.

Engineers who work with this material are always looking to make it both stronger and lighter. Bucsh says that's what Tiara Yachts has been doing, too.

The wind energy industry in the United States isn't growing nearly as fast as Tiara Yachts had hoped.

Per Krogsgaard has been involved in wind energy for more than three decades. Speaking from Denmark, he says there's a huge market for large-scale-wind farms in the United States, but it's a market that's hard to crack.

"All the years I've been in this industry we have seen the market in the U.S. as a boom and bust market," he says. "It is a very, very bad situation for everybody ... committed to the wind industry."

The federal government provides wind energy developers with far fewer tax subsidies than it does to traditional energy producers like oil and gas. Krogsgaard notes that the wind industry is still relatively new in the United States. And because there's no national policy, investors have to work through regulations in 36 states, each with their own renewable energy standards.

Krogsgaard says the hardest part of getting into the wind power industry is figuring out how to fit into its supercomplicated supply chain.

"But of course, everybody who has the willingness to make themselves attractive to the industry — they should try," he says. "Of course they should."

Workers Find Themselves In New Industry

Nancy Jones has been making boats at Tiara Yachts for 32 years.

"There are a lot of same techniques, but there are a lot of things that are done different. And it is, you know, it's a learning curve," she says. "I want to work, and I'll work wherever I'm needed."