Accessibility links
Abortion Foes Push To Redefine Personhood Activists want to rewrite laws to recognize someone as a person from the moment a sperm fertilizes an egg. But a redefinition could threaten the use of a long list of commonly used contraceptives, including some birth control pills and the intrauterine device. 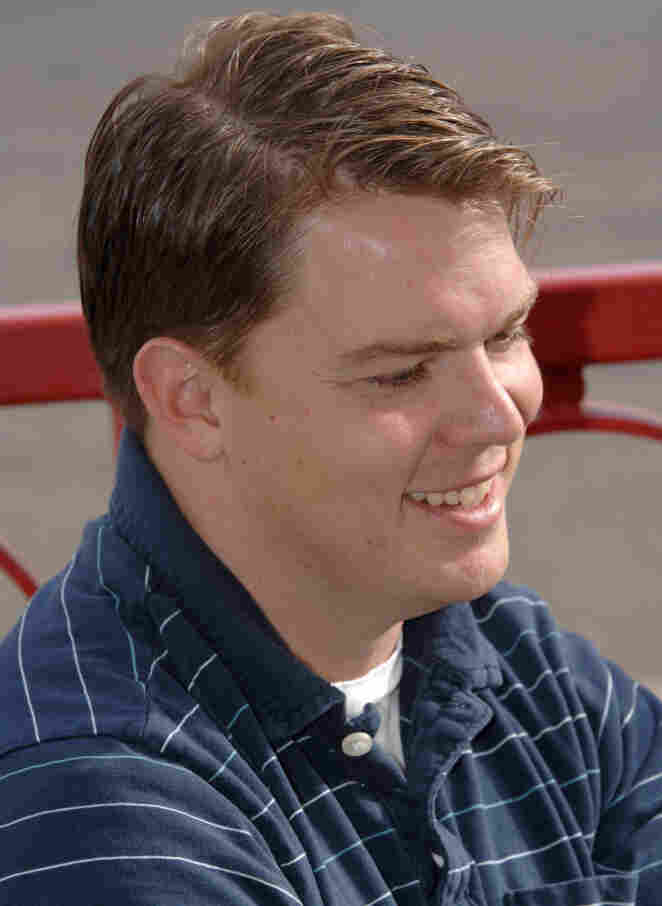 Activist Keith Mason is seen during a 2007 interview in Centennial, Colo. Mason wants to rewrite laws and constitutions to recognize someone as a person from the moment a sperm fertilizes an egg. Peter M. Fredin/AP hide caption 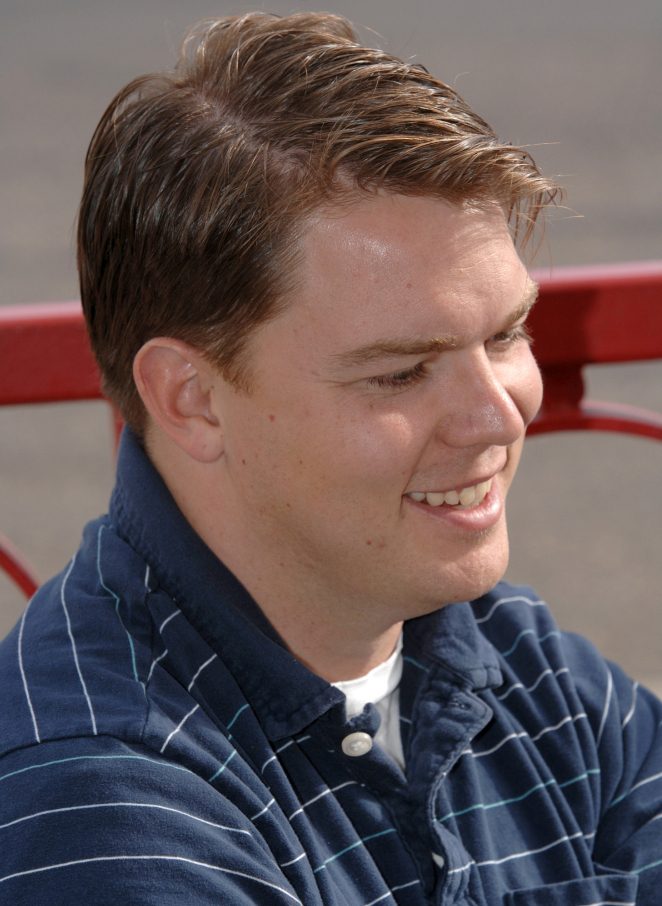 Activist Keith Mason is seen during a 2007 interview in Centennial, Colo. Mason wants to rewrite laws and constitutions to recognize someone as a person from the moment a sperm fertilizes an egg.

Last year's GOP takeover of the U.S. House and statehouses across the country has dramatically changed the shape of the nation's abortion debate. It has also given a boost to an even more far-reaching effort: the push to legally redefine when life itself begins.

The question being raised in legal terms is: When does someone become a person?

The answer varies under the law. "The definition of personhood ranges if you're talking about property law, or inheritance, or how the census is taken," says Alexa Kolbi-Molinas, an attorney with the American Civil Liberties Union's Reproductive Freedom Project.

All those differences are exactly what Keith Mason wants to change. He's president of Personhood USA, a group that's trying to rewrite the laws and constitutions of every state — and some countries — to recognize someone as a person "exactly at creation," he says. "It's fertilization; it's when the sperm meets the egg."

Mason says the basic problem is that science has advanced faster than policymaking.

"We know, without a shadow of a doubt, when human life begins," he says. "But our laws have not caught up to what we know."

And according to his organization, those laws should recognize every fertilized egg as an individual and complete human being.

In March, NPR worked with Thomson Reuters on a poll about Americans' attitudes toward abortion, including its legality and whether insurers should pay for the procedure.

"The medical community has really been quite clear about when pregnancy begins," says Dan Grossman, an obstetrician/gynecologist at the University of California, San Francisco, "and that definition is that pregnancy begins once implantation occurs."

That would be the implantation of the fertilized egg into the woman's uterus. One reason doctors don't consider a woman pregnant until after implantation is a practical one — that's when pregnancy can be detected by hormone changes in her urine.

But there's another reason, Grossman says. "It's really only about half of those fertilized eggs [that] actually result in an ongoing pregnancy."

The rest of the fertilized eggs either never begin dividing or never implant. Or they do implant but spontaneously abort. That can happen so early in pregnancy that the woman never even knows she was pregnant.

So from a medical point of view, considering every fertilized egg a person, with a person's full rights, wouldn't make a lot of sense, he says.

But if Personhood USA achieves its goal, says Grossman, who also works for the reproductive rights group Ibis Reproductive Health, it could threaten the use of a long list of commonly used contraceptives, including some birth control pills and the intrauterine device. 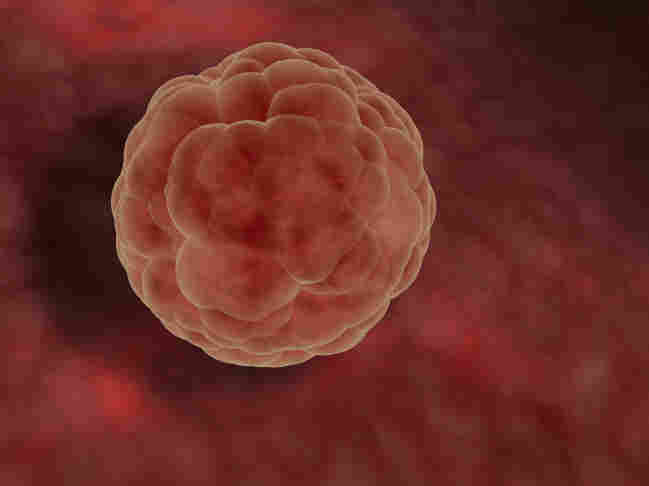 After a sperm fertilizes an egg, cells divide in a stage called a blastocyst. Doctors say pregnancy doesn't start until the blastocyst implants into the woman's uterus. iStockphoto.com hide caption 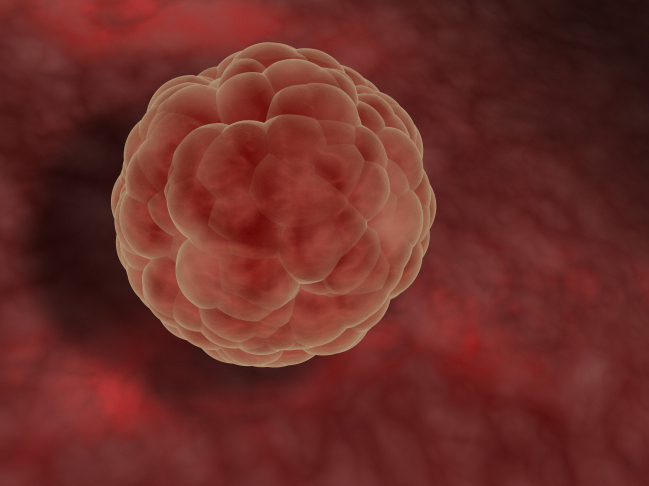 After a sperm fertilizes an egg, cells divide in a stage called a blastocyst. Doctors say pregnancy doesn't start until the blastocyst implants into the woman's uterus.

"This redefinition really could end up reclassifying all of these effective and safe birth control methods as abortifacients, or agents that induce abortions," he says.

That's because some of those methods not only may act to prevent fertilization but, if fertilization does occur, may prevent that fertilized egg from implanting in a woman's uterus.

But does that equal an abortion? Grossman doesn't think so and says most of his colleagues don't, either. "It's certainly not a view that's held by the medical profession or that's based on medical evidence, and it's certainly not consistent with what American women and couples want and use to plan their families," he says.

ACLU attorney Kolbi-Molinas says that banning forms of birth control along with abortion is exactly what the personhood backers have in mind.

"Their intention is to ban abortion ... and some of the most commonly used forms of birth control," she said.

And while Mason of Personhood USA says he doesn't think his proposals would interfere with most forms of birth control, he doesn't deny that some could.

"Certainly women, my wife included, would want to know if the pills they're taking would kill a unique human individual," he says. "And I think there's a lot of misinformation about that, or lack of information. And I think this is another benefit of what we're doing: We're raising awareness about these issues."

But it's more than just birth control. Kolbi-Molinas also says declaring a fertilized egg a person could have more far-reaching, and even potentially dangerous, consequences, by legally separating a woman from her pregnancy. Take, for example, a potentially life-threatening ectopic pregnancy. That's where a fertilized egg implants outside the uterus.

"Ectopic pregnancies are not viable pregnancies," she says. "And so it is essential an ectopic pregnancy be terminated as soon as possible. But by giving all fertilized eggs legal rights under the law, that calls into question what kind of methods a doctor can actually use to save a woman's life in a situation like this."

And it's not just medical questions raised by personhood laws. Would pregnant women be counted as two people for the purposes of using carpool lanes on the highway? Could fetuses inherit property?

Arguments like that helped defeat personhood amendments in Colorado in 2008 and 2010. But Mason isn't giving up. Voters in Mississippi could vote on a personhood amendment to their state Constitution this November, although the ACLU is challenging that initiative in court. Personhood USA hopes to get proposals on the ballot in nearly half the states by 2012.