Accessibility links
Foreign Policy: Tolerate Dissent, Protect Blasphemy The U.N. Human Rights Council meets this week, and among the issues sure to come up are the anti-blasphemy laws spreading across the Middle East. Lee C. Bollinger writing for Foreign Policy argues that these laws inhibit the development of a free and democratic society. 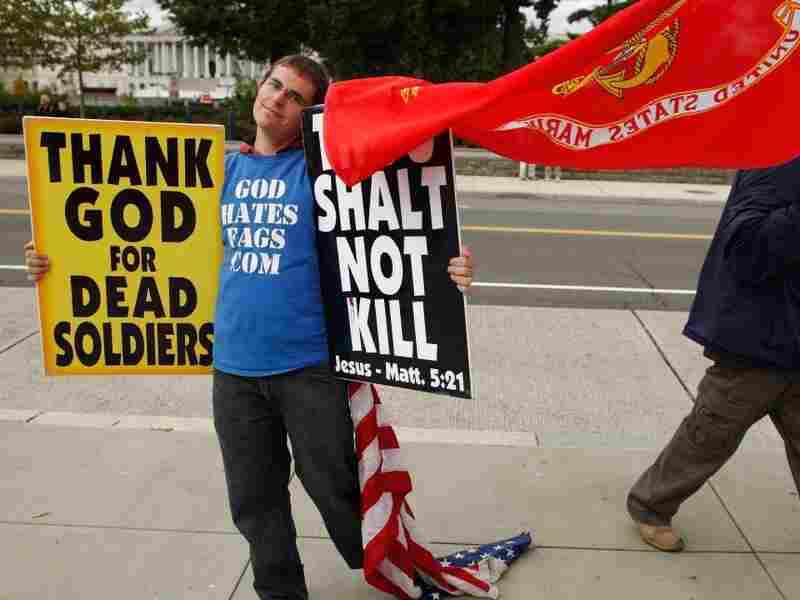 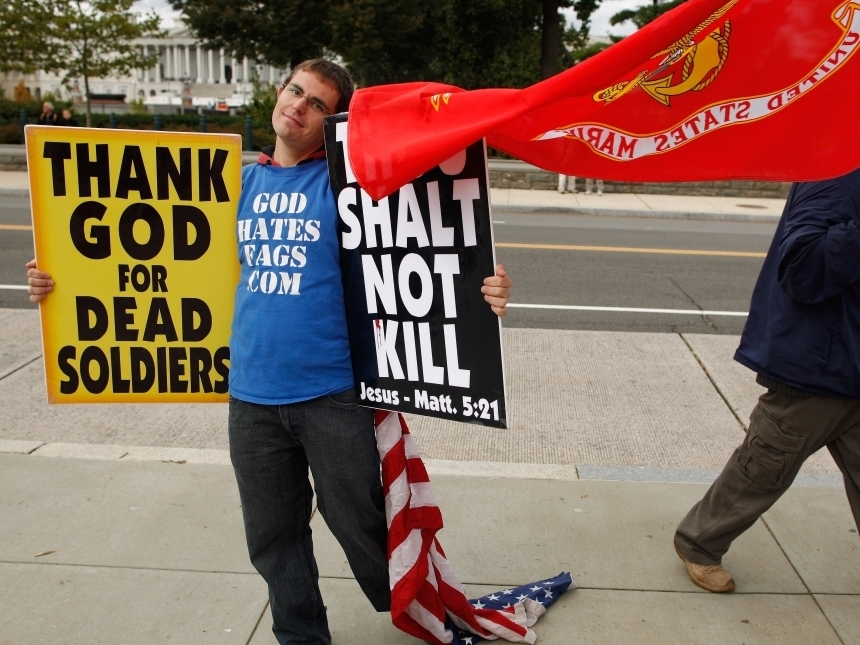 Lee C. Bollinger is the 19th president of Columbia University and author of Uninhibited, Robust, and Wide-Open: A Free Press for a New Century.

Salman Taseer, the late governor of Pakistan's Punjab province, was assassinated on Jan. 4 of this year, killed by his own bodyguard. He would have turned 67 on May 31. Another top Pakistani official, Minorities Minister Shahbaz Bhatti, was shot dead in early March.

Both men were outspoken opponents of Pakistan's blasphemy laws, which criminalize a range of offenses against religious symbols and institutions. Despite the stated intent of such laws to protect freedom of religion, their practical consequence is very different, often serving as licenses for governments and individuals to harass rivals, legitimize violence, and settle petty disputes.

In February, more than 1,000 people stormed an Indonesian court protesting what they believed was too lenient a sentence for a Christian found guilty of blasphemy. Last summer, a professor in Kerala, India, accused of blasphemy and suspended from teaching for distributing an exam question with an allegedly derogatory reference to the Prophet Mohammed was attacked with an ax on his way home from church. The list goes on and on in countries stretching from Europe to Southeast Asia. More than 70 recent cases of violence resulting from blasphemy laws have been documented by the organization Human Rights First.

For years now, laws that criminalize statements impugning religion (commonly referred to as "defamation of religion" or "blasphemy" laws) implicitly have condoned violence against those who depart from a country's dominant sectarian views. These government sanctions have contributed to the preservation of intolerant cultures antithetical to open debate and democracy. It is therefore of great significance to the popular uprisings in the Middle East and North Africa that U.S. efforts within the U.N. Human Rights Council recently have succeeded in putting the council on record as repudiating defamation-of-religion laws.

The council, a body heavily influenced by the 57-member Organization of the Islamic Conference and criticized frequently for its reflexive condemnation of Israel and for the human rights records of its own member countries, formally advocated the criminalization of blasphemous speech through defamation provisions as recently as 2008, making the council's reversal of its position through the adoption of a resolution on March 24 all the more striking.

At its latest session, which began this week, the council's member countries must continue this course of embracing free speech and becoming more tolerant of dissent. The United States' own experience over the last century teaches that this transition will be essential to the project of building stable democracies.

America's historical experience has been that its society's capacity for tolerance grows stronger through exercise. Protections afforded speech and the press are not only a means of safeguarding something of great and unique value (that is, open discussion), but also a means of developing the habit of moderating natural but dangerous individual and societal tendencies.

In a case this year involving an anti-gay protest by members of the Westboro Baptist Church at the funeral of Lance Cpl. Matthew A. Snyder, Supreme Court Justice Samuel Alito wrote in his dissenting opinion that the protest "brutalize[d]" the dead serviceman's father. Yet by an 8-1 vote uniting justices across the political spectrum, the Supreme Court demonstrated once again how far the insistence on tolerance has evolved in American law and society, placing the Rev. Fred Phelps Sr. alongside Hustler magazine's publishers and the American Nazis as offensive figures warranting free-speech protections. Through this ruling and many others the court has conditioned Americans to shift their focus from seeing the value of speech itself to seeing the need to deal with the problems revealed in reactions to speech. The Supreme Court, in other words, has insisted that the United States will be a country that tolerates extremist speech in service of its democratic ideals.

The global public forum is much less mature and, as reflected in the recent action of the Human Rights Council, is only now confronting the serious challenges of embracing tolerance and dissent without banning speech. Unsurprisingly, there is vast disagreement among countries regarding the governing norms for a global forum. Yet with the passage of time it becomes clearer and clearer that countries that fail to safeguard free speech and press freedom are likely to be visited first by dictatorship, and then by popular dissent and threats to the governing regime. As an official of Human Rights Watch has said, "Talibanization is not combated on the battlefield alone; it is also combated by creating greater social space for plurality, progressivism, and tolerance in society."

Clearly there are ways to promote respect for contrary views, including religious belief, without criminalizing speech. America's defining social experiment in tolerance has demonstrated the value of rejecting any hint of the punitive vindictiveness that leads to and then preserves authoritarian regimes. The U.S. State Department and a group of dedicated and courageous NGOs should be recognized for the progress they have made in spreading this truth around the globe.

Given the steady flow of reports of intolerance and violent suppression of speech from around the world, we should have no illusions about the size of the challenges involved in putting these principles into practice. Nonetheless, the American experience during the last century provides reason for measured optimism: The U.N. Human Rights Council's rejection of defamation-of-religion clauses may signal the eventual acceptance of the view that the capacity to cope with radical dissent and extremist speech is not a threat to society but the highest proof of political stability and democratic vigor. If that comes to pass, this period will have marked an important new beginning.