Accessibility links
Movie Reviews - 'Beautiful Boy' - When The School Shooter's Home Is Your House When a campus murder-suicide takes their son and more than a dozen others, estranged parents (Michael Sheen and Maria Bello) grapple with the crushing fact of the tragedy and the stunning news that their boy was the shooter. (Recommended)

A 'Beautiful Boy,' But Suddenly A Stranger

A 'Beautiful Boy,' But Suddenly A Stranger 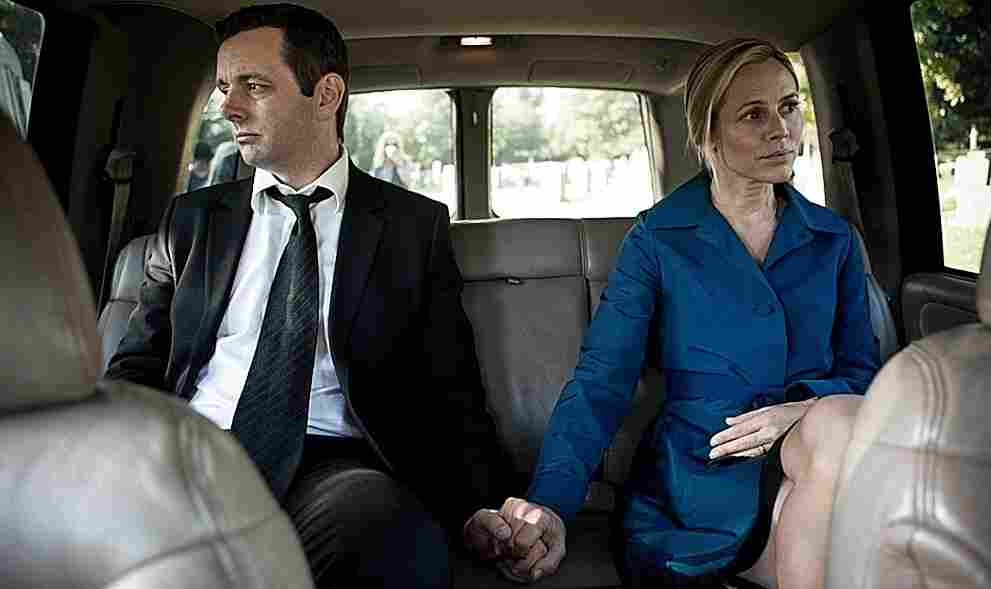 Rated R for some language and a scene of sexuality

'We Messed Him Up'

'We Messed Him Up'

Despite its hot-button kickoff point — a mass college shooting — Beautiful Boy is the antithesis of melodrama. Painfully perceptive and relentlessly raw, this intimate observation of a couple in extremis plays out with such subdued intensity that, by the end, audiences will very likely feel as wrung out as its embattled stars.

Those stars, however, will take your breath away. As Kate and Bill Carroll, a long-estranged couple still going through the motions, Maria Bello and Michael Sheen perform with a commitment and subtlety that few actors can muster. Comfortably middle class (she's a proofreader; he's a businessman) and contemplating divorce, they awake one morning in separate beds to learn that their only son, Sam (Kyle Gallner), has blown his brains out after doing the same to almost two dozen of his college classmates.

But instead of allowing this development to turn the film into a circus, director Shawn Ku (who co-wrote the screenplay with Michael Armbruster) pulls everything inward. Recoiling from a barrage of media attention — the reporters camped on the front lawn, the talk show host reviling their parenting — Kate and Bill flee to the home of Bill's brother and sister-in-law (Alan Tudyk and Moon Bloodgood, both excellent).

Even there, Sam's suicide video dominates local news coverage, and his small cousin is cruelly taunted. These external insults pierce both the couple's grief and the movie's gauzy calm, surreal bolts of the reality they cannot face. Glimpsing her dead son's contorted face on morning television, Kate visibly drains of life: In that one brief moment, the enormity of what has happened has literally rendered her unable to breathe.

Agonizingly slow and a little repetitive, Beautiful Boy is a soft sledgehammer of a movie, its impact achieved not by way of tricks or contrived catharses but through an honest confrontation of attenuated emotional pain. The most astonishing thing about it may be that it exists at all, unfolding as it does without a single feel-good moment or even the hint of a joke. In their place stretches a map of suffering and an acknowledgment that the psychobabble of our culture is completely useless: When Bill is forced to appease the victims' families with a public declaration of remorse — as if remorse should not be the default assumption — the redundancy of the exercise could not be more clear. 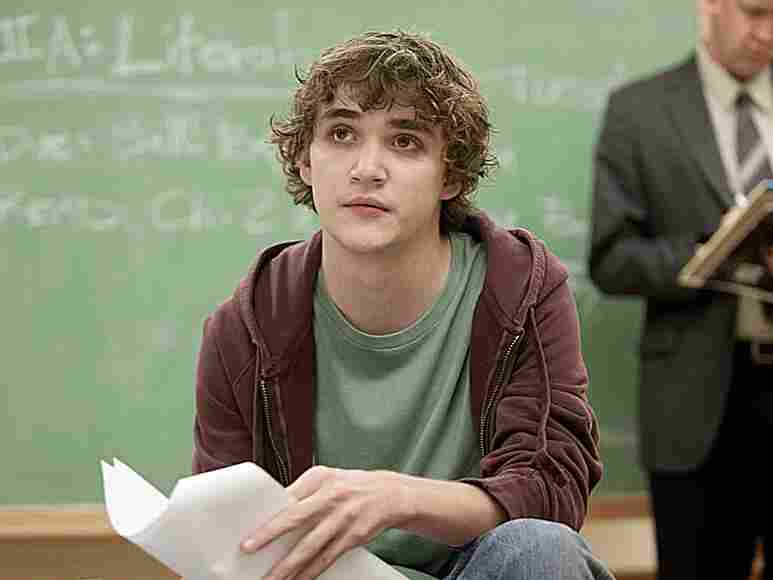 Kyle Gallner plays Sam, a troubled college student who takes the lives of almost two dozen of his classmates, followed by his own. Anchor Bay Films hide caption 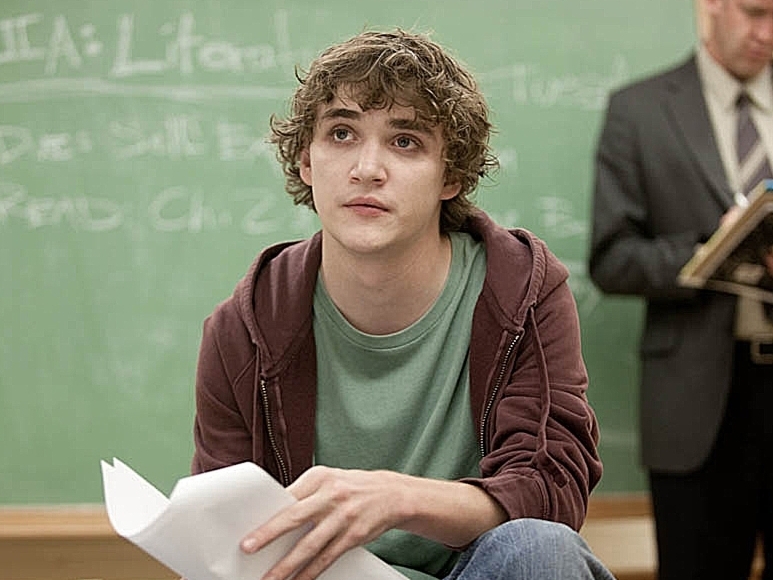 Kyle Gallner plays Sam, a troubled college student who takes the lives of almost two dozen of his classmates, followed by his own.

At a time when the bereavement memoir seems especially popular (Joan Didion, Joyce Carol Oates and Meghan O'Rourke have all weighed in), Beautiful Boy subverts the notion of progressive healing with a journey that feels more authentically unmoored. Like Didion's Year of Magical Thinking, the film is powered by instinct and primal urges: Kate smoothing her hair as she waits for an attractive young dinner guest, and scrubbing her sister-in-law's kitchen as though erasing invisible blood. Blame ricochets like the bullets the couple refuse to discuss; so when the family is wrung out there is nothing to do but drive, and they do, washing up at a roadside motel where the desk clerk (a surprisingly understated Meat Loaf Aday) reminds them that escape is futile.

Like In the Valley of Elah — another mystery about the complicated emotional fallout from the loss of a child — Beautiful Boy has a gorgeously textured, almost dreamy aesthetic, its close-ups milky and profoundly patient. Michael Fimognari's hand-held camera moves without jarring jumps or neck-twisting angles, while the story unwinds without explanations or moral lectures. There is, however, a persistent subterranean murmur, one suggesting that couples who stay together for the sake of the children might be wise to rethink their plans. (Recommended)