Accessibility links
Aging Card Technology Drives Rise In Credit Fraud According to one survey, nearly a third of American consumers reported problems in the past five years, especially with debit cards. More secure systems have been used in Europe for 20 years. 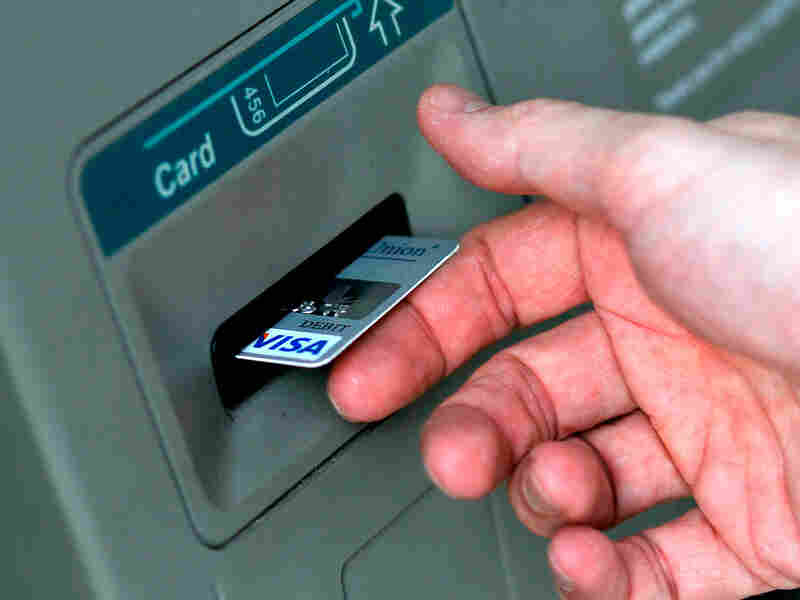 A man puts a card into an ATM in North Carolina last year. A recent study found that nearly a third of American consumers have reported credit card fraud in the past five years. Chris Hondros/Getty Images hide caption

U.S. credit and debit card fraud is on the rise. According to one survey, nearly a third of American consumers have reported credit card fraud in the past five years.

And part of the problem, as Andrea Rock of Consumer Reports tells NPR's Mary Louise Kelly, is that U.S. card issuers rely on security systems that lag behind measures taken in other countries.

"The credit and debit cards that most Americans use are really surprisingly vulnerable to fraud," Rock says. "Because, unlike cards in most of the rest of the world, they rely on outdated technology."

Rock, a senior editor at Consumer Reports, wrote about the technology gap in a recent article for the magazine.

"The account information that's needed to make a transaction on American cards is stored, unencrypted, on a magnetic stripe on the back of each card," she says.

That information is easily copied and reproduced on a bogus card. Rock says that in general, thieves prefer to target debit cards, which allow them to get cash from an ATM, instead of conducting risky transactions in a store.

By contrast, credit and debit cards are much more secure in Europe, Rock says. First of all, the account information is in a computer chip that's embedded in the card, instead of on an easily read magnetic stripe.

"It's less easy to copy; the data on it is encrypted; it often includes an identifying code that changes with each transaction," Rock says. 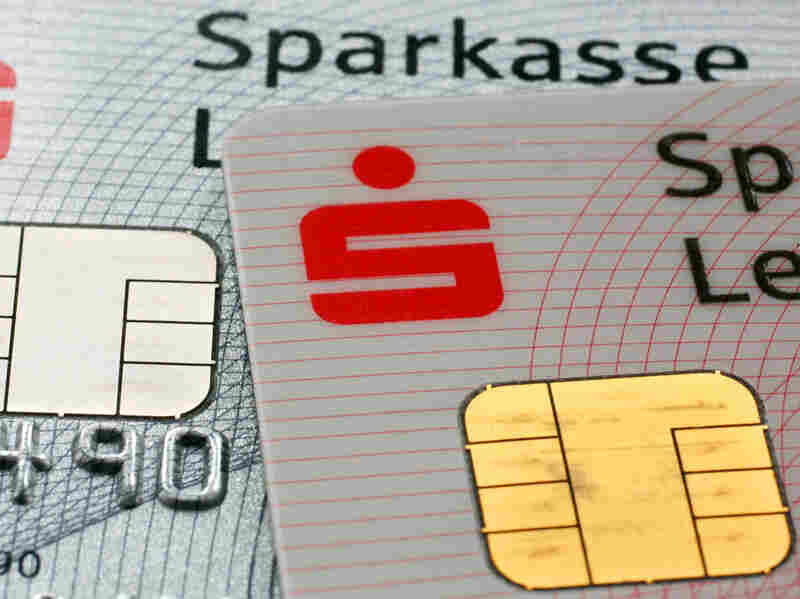 Many of the cards, called "chip and PIN cards," also require the user to enter a PIN number to access an account.

But those cards aren't commonly used in America. And Rock says that the reason boils down to economics — and a dispute over who pays for card fraud.

U.S. credit card issuers, Rock says, "claim that losses due to fraud here don't yet exceed the cost they'd incur in switching to the new technology. But the merchants say that that's because the banks shift much of the cost burden for fraud onto them, anyways."

That situation has led some large American retailers, like Walgreens, Kroger and Sears, to push for an adoption of the more secure card technology, Rock says. And chain stores like Best Buy, Home Depot and Wal-Mart are beginning to install new sales terminals that can process the smart-chip cards.

"When this technology for cards was introduced in France way back in 1992, total fraud losses there dropped by 50 percent," Rock says. Card counterfeiting, she says, dropped by 78 percent.

As U.S. card systems start to catch up with the rest of the world, Rock says there are some steps consumers can take to protect themselves.

First, she says, never enter your PIN number unless you absolutely must.

"It's better to use a credit card rather than a debit in general," Rock says.

That means that if a merchant offers the choice, consumers should choose the "credit card" option when using their debit card in a store.

That's because while most card issuers offer zero-liability policies for losses, "under the law, the liability for unauthorized transactions is greater for debit card holders," Rock says.

And when using an ATM, Rock says to be sure to cover the keypad while entering your PIN, so that a nearby camera or a spying thief can't use it to make a fraudulent card.