Accessibility links
What If We Don't Raise The Debt Ceiling? Refusing to raise the $14.3 trillion U.S. debt limit would be an almost unprecedented move, but some conservatives argue it's the only way to get federal spending under control. 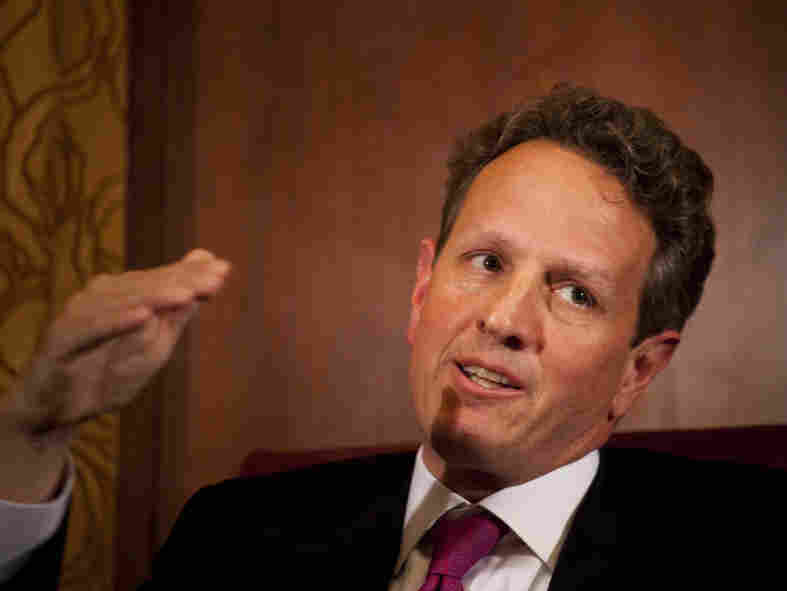 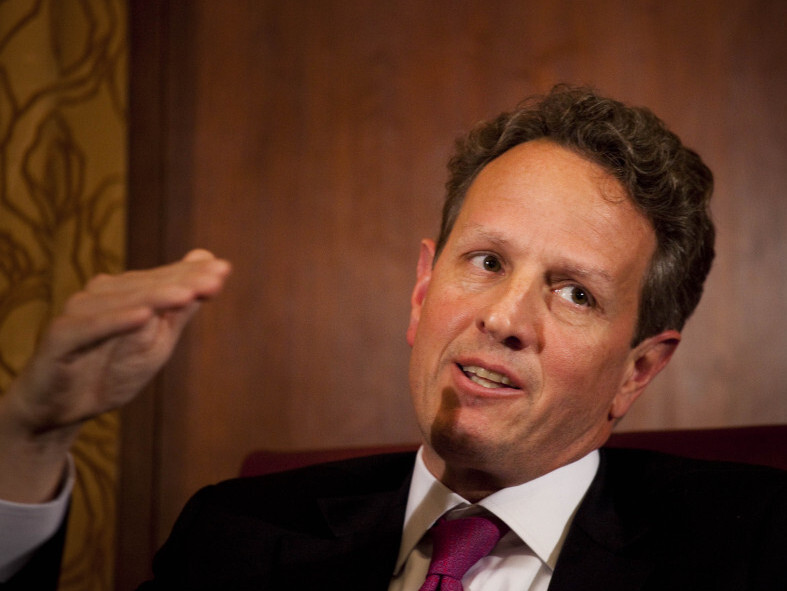 Treasury Secretary Timothy Geithner has frequently warned about the dangers of not raising the nation's debt ceiling.

This week the White House has been lobbying Congress to raise the $14.3 trillion federal debt ceiling. Doing so would give the government the legal authority to borrow billions of dollars to pay its bills.

Although refusing to raise the ceiling would be an almost unprecedented move, some conservatives argue it's the only way to get federal spending under control.

The Treasury Department says that if the limit isn't raised by Aug. 2, the government will run out of money to operate.

Other countries have defaulted on major bonds in the past. They include:

A $5.1 billion bailout from the International Monetary Fund couldn't stop the country's financial crisis. Once the government defaulted on $40 billion in bonds and the ruble was devalued, Russia's economy started to recover.

Like in Russia, Argentina kept its peso pegged to the dollar. Eventually investors withdrew their money from the banks and thousands of protesters marched in the streets. Argentina defaulted on bonds worth $95 billion.

No one can say for sure what would happen at that point. Suddenly, the government would have to pick and choose what to pay. For one, it could default by delaying interest payments on money it's borrowed in the past.

Bill Gross, managing director of the bond investing firm PIMCO, says "it would be catastrophic."

Gross says the federal government's debt plays a central role in world finance and trade, and doing anything to undermine that is unthinkable.

"It could have systemic importance, which is the same thing as saying we could have not a repeat but certainly a similar episode to Lehman Brothers in 2008," Gross says. The collapse of the Wall Street giant sent panic throughout the world's financial markets.

Like a lot of people, Gross believes the debt ceiling dispute will be resolved and he doesn't think the government would ever let a default happen. But it's no longer as unthinkable as it once was.

Billionaire investor Stanley Druckenmiller recently made headlines when he argued that a default might be worth the pain it would cause because it would force the government to tackle its debt problems. Economist James Ramsey of New York University says there's something to that argument.

"How Often Have Sovereign Countries Defaulted in the Past?"

"[As Samuel] Johnson said about hanging, it concentrates the mind wonderfully," Ramsey says. "I would say if we were in a position of not being able to pay our debts in the short term, it would concentrate the politicians' minds dramatically."

Ramsey says from the point of view of bond investors, the debt ceiling is pretty much irrelevant anyway.

"The real issue is how people refer to our seriousness of purpose in terms of meeting our obligations," he says. "That's the real issue — not whether or not you've raised the debt ceiling."

Still, the possibility of a default is a very scary prospect to most people in the markets. Some Republican senators recently argued in a letter to the White House that just talking about a default amounts to scare tactics on the administration's part. If the debt ceiling isn't raised, they say, Washington would have other options — like not paying federal employees.

That cannot be good for maintaining our position as the A+, number one debtor in the world.

"We would have to stop making payments to a number of constituents, obviously, people who work for the government, people in the military, retirees, vendors," she says.

Because the government employs so many people, not paying them — even temporarily — would have a huge impact on the economy and might tip the U.S. back into recession, Miller says. And if the stalemate went on long enough, politicians might have to choose between paying Social Security recipients and angering the bond market. No one can be sure which choice they would make.

Former Federal Reserve member Alan Blinder says a standoff would take a toll on U.S. credibility in the bond market. He says investors around the world could get the impression that threatening a default is now part of partisan politics in the United States.

"That can't be good," Blinder says. "That cannot be good for maintaining our position as the A+, number one debtor in the world, a position we've held for a very, very long time."

Like a lot of people, Blinder believes Congress will ultimately resolve the debt-ceiling dispute. The risk is that investors will be left with the nagging suspicion the U.S. government's debt isn't quite as safe as they once believed. And that would have a ripple effect not just in the U.S. economy, but around the world.