Accessibility links
Christopher Plummer: After 81 Years, A 'Beginner' In the new film Beginners, the veteran actor plays a retired man who comes out as gay after his wife of 45 years dies. He talks about why the finished version of Up surprised him and why he wasn't fond of his most famous role, as Captain von Trapp in The Sound of Music. 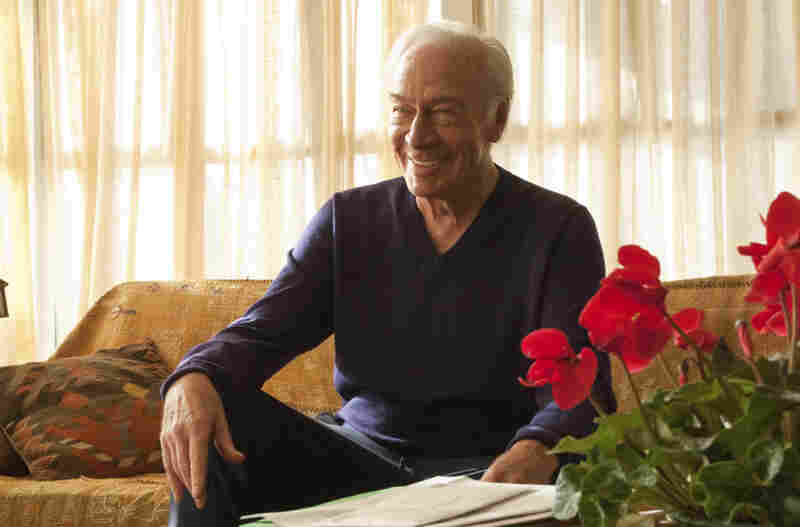 In writer/director Mike Mills' Beginners, Christopher Plummer stars as a man who comes out as gay after his wife of 40 years dies. Andrew Tepper/Courtesy of Focus Features hide caption 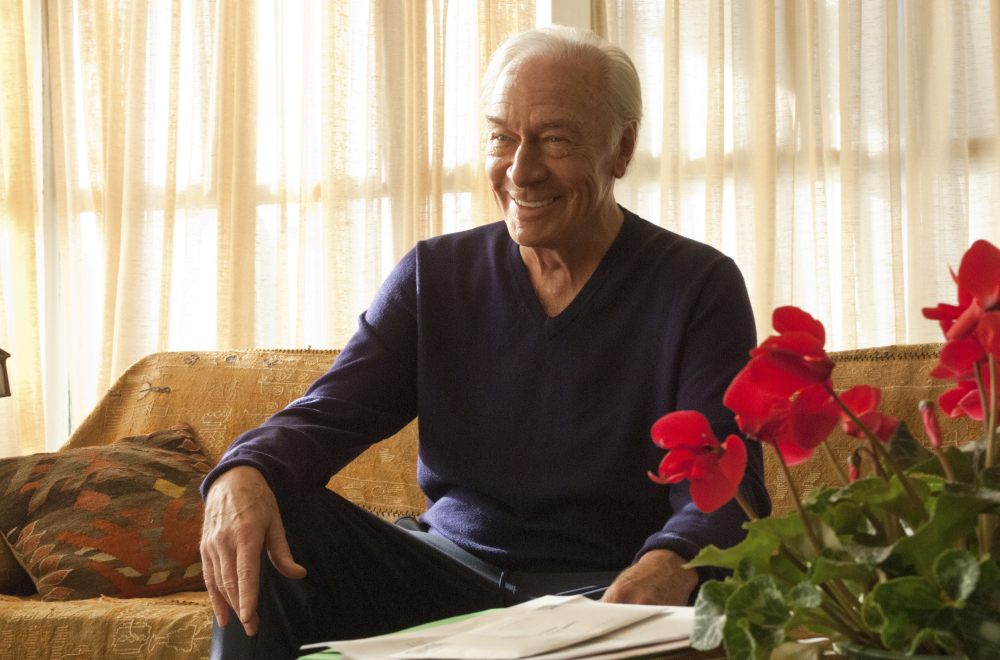 In writer/director Mike Mills' Beginners, Christopher Plummer stars as a man who comes out as gay after his wife of 40 years dies.

In his acting career, which stretches over half a century, Christopher Plummer has appeared in more than 100 movies. But no matter how good he is — and he is often very good — he may always be remembered as a certain singing Austrian navy captain named von Trapp.

His latest role may help audiences forget about The Sound of Music, for a while anyway. In Beginners, Plummer plays Hal, a retired museum director who, after the death of his wife of 45 years, comes out as a gay man. Hal finds a younger boyfriend, throws parties, and visits dance clubs, sharing his adventures with his very confused adult son, Oliver, played by Ewan McGregor.

The film, which was written and directed by Mike Mills, is based in part on Mills' experience with his own father. Plummer tells All Things Considered's Robert Siegel that he was drawn to the character right away.

"I adored the part and I thought it was so well written and so unsentimental and brave and witty and free. Totally free," Plummer says. "Of course he was so relieved to be able to come out of the closet in such a happy way because he was so fond of his latest boyfriend. I just adored the way it was tackled. It was tackled with such humanity and sweetness and fun."

He only found out that Mills' screenplay was autobiographical after he had taken the part. Initially, this was a source of concern.

"I thought, 'Oh, God. This is going to be awful, because of course he's going to be at me every five seconds.' And when I brought this up with Michael, he said 'Are you kidding?' He said, 'I don't want you to imitate my father. Even if you could, he's dead. How could you imitate him? Be you and do what you want.'"

Plummer's career has been in something of an upswing over the last decade, starting with his role as the CBS anchor Mike Wallace in the 1999 film The Insider. (It's in that film that he gets to utter the immortal words, "I don't plan to spend the end of my days wandering in the wilderness of National Public Radio.") He says that many of the films on his resume aren't at that movie's high standard, but they also weren't always his priority.

"The Insider was a hot movie and an important movie and it was upgraded from the movies I had been doing," Plummer says. "You see, I loved the theater and I stayed in the theater most of my life and I was a bit snobbish about it. I made a lot of movies through the '60s and '70s which were pretty awful, but then most of the movies in the '60s and early '70s were pretty awful. The quality wasn't always there, unfortunately, but the money was. And I was grateful for that because I could afford to then do what I wanted to do in the theater."

Films were often simply a way of supporting the habit, and for a while, he was offered big roles.

"I happened to be sort of leading man-looking. And then finally I was dissipated enough in my 40s to look like a character actor and that's when everything began to change. And I enjoyed being a character actor because of course the roles were so much more interesting. It started with John Huston's film The Man Who Would Be King, which is a very good film, and certainly after The Insider. And now I'm getting nice lovely scripts like Beginners."

Plummer, who is 81, doesn't seem to mind that his relatively late-breaking status in Hollywood pre-empts him from some roles.

While some of those leading-man roles were difficult to sit through, Plummer says that sometimes a finished film is a surprise in a good way, as it was when he finally saw the finished version of Pixar's animated fantasy Up, in which he voiced the villain.

"When I went to see it, I thought, 'My god, what an absolutely marvelous movie this is. I mean it really is human. It really has everything in it,'" Plummer says. "And that's the sort of thing that surprises you and that's the pleasant one when you can't dream of what it's going to look like and there it is, much more thrilling than you ever dreamed it would be."

His most famous role came in another family classic, The Sound of Music. But he didn't think much of the movie, famously calling it "The Sound of Mucus."

"In my book I call it 'S&M.' An abbreviated version," Plummer says. "But I'm grateful for it because it certainly was famous and put me in the public eye and I could help fill a theater when I was doing the great works."

While he was filming his role as the von Trapp patriarch, though, he felt compelled to puncture what he saw as a "holier than thou" feeling on the set.

"There were so many nuns around," Plummer says, "I was determined to play Peck's Bad Boy and be the naughty fellow. Well it needed somebody naughty to keep it away from mawkish sentimentality."

It went on to become one of the most successful films of all time, but that hasn't changed the actor's desire to poke at the reverence that surrounds the film today.

"It just follows you around a little bit and people get slightly annoying when they go on and on about it," he says. "Mothers come up to me in the street and say oh my children just, oh gosh they just never stop watching The Sound of Music it's just so wonderful.' And I say 'When the hell are they going to grow up, for Christ's sake?'"