Accessibility links
Don't Believe Facebook; You Only Have 150 Friends According to "Dunbar's Number," human beings have enough mental space to keep track of only 150 meaningful relationships. But how deep can those bonds be when friends, family members and co-workers are scattered all over the globe? 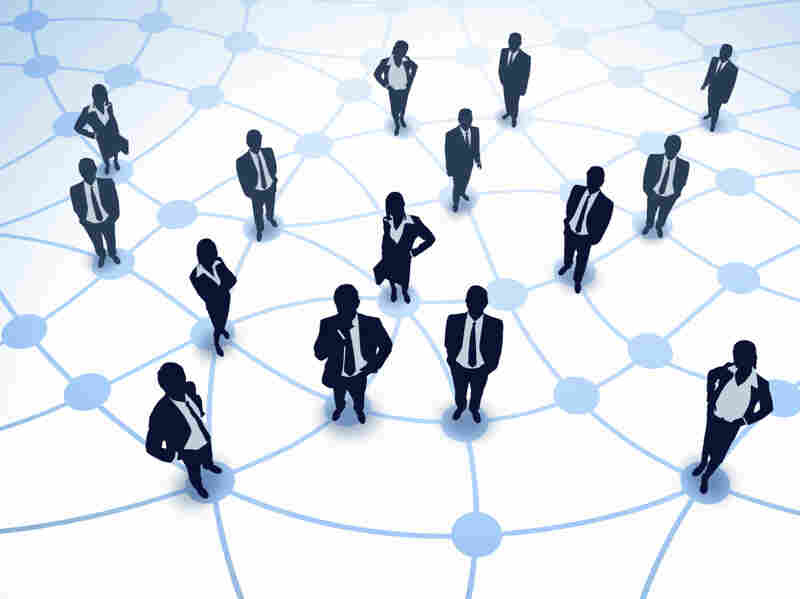 According to "Dunbar's Number," human beings can maintain a network of only about 150 close friends. istockphoto.com hide caption 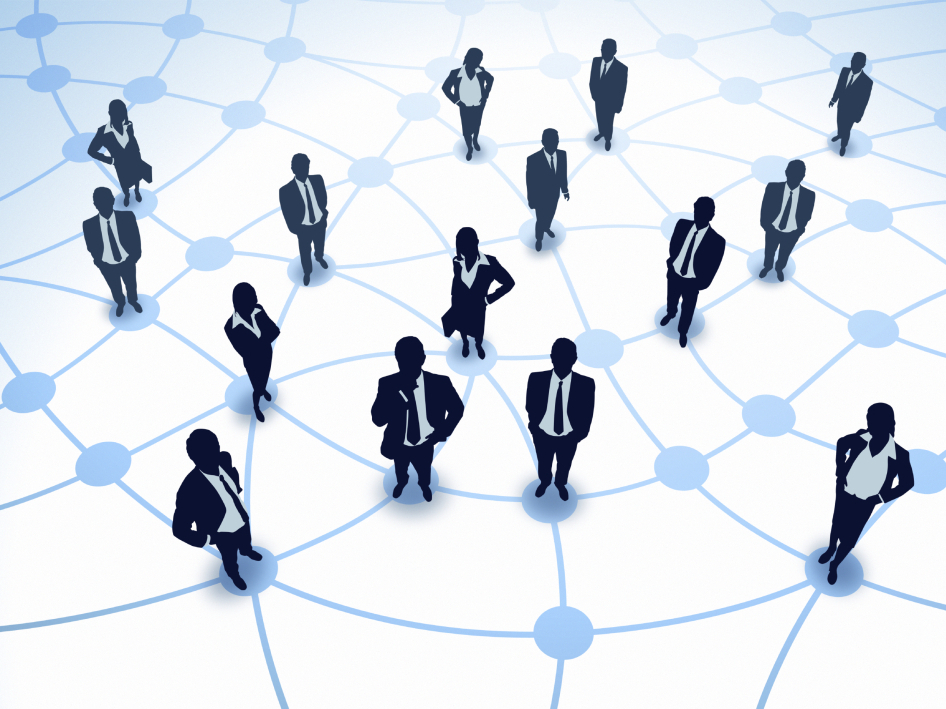 According to "Dunbar's Number," human beings can maintain a network of only about 150 close friends.

GORE-TEX, the company that makes wetsuits, hiking boots and ponchos, is the subject of a famous anecdote in the world of sociology. It centers on the guy who founded the company, Bill Gore.

"When Bill Gore set the company up, he set it up in his backyard," Robin Dunbar, a professor of evolutionary anthropology at the University of Oxford, tells NPR's Rachel Martin.

From its modest beginnings, GORE-TEX grew and grew, Dunbar says, until Gore opened up a large factory. That, too, continued to grow.

Then one day, Dunbar says, Gore walked into his factory.

"And he simply didn't know who everybody was."

Gore wondered why this was. "It was his gut instinct," Dunbar says, "that the bigger a company got, people working for the company were much less likely to work hard and help each other out."

Gore did some counting, and realized that after putting about 150 people in the same building, things at GORE-TEX just did not run smoothly. People couldn't keep track of each other. Any sense of community was gone.

So Gore made the decision to cap his factories at 150 employees.

"Whenever they needed to expand the company," Dunbar says, "he would just build a new factory. Sometimes right on the parking lot next door."

Things ran better this way, Gore realized. In smaller factories, Dunbar says, "everybody knew who was who. Who was the manager, who was the accountant, who made the sandwiches for lunch."

Business was never better. One-hundred fifty, it seemed, was a magic number.

Most of Dunbar's research has focused on why the GORE-TEX model was a success. That model is based on the idea that human beings can hold only about 150 meaningful relationships in their heads. Dunbar has researched the idea so deeply, the number 150 has been dubbed "Dunbar's Number."

"There was a discussion by people saying 'I've got too many friends — I don't know who half these people are,'" Dunbar says. "Somebody apparently said, 'Look, there's this guy in England who says you can't have more than 150.'"

Dunbar has found 150 to be the sweet spot for hunter-gatherer societies all over the world. From the Bushmen of Southern Africa to Native American tribes, a typical community is about 150 people. Amish and Hutterite communities — even most military companies around the world — seem to follow the same rule.

The reason 150 is the optimal number for a community comes from our primate ancestors, Dunbar says. In smaller groups, primates could work together to solve problems and evade predators. Today, 150 seems to be the number at which our brains just max out on memory.

But what does this all mean if you're not Amish — or the CEO of GORE-TEX?

"We developed this 150 limit at a time when most of those people lived geographically close to you," says David Dobbs, who blogs for Wired magazine. His own network of relationships is an example of how Dunbar's Number is facing modern-day complications.

Dobbs has a father in Texas, a sister in California and close friends in New Hampshire and Illinois. Plus, he's got business contacts all over the world.

It all adds up, Dunbar says, to a very fragmented 150-member network.

"You grow up somewhere, you go to school on the other side of the country, you get a job, you go to Europe for a bit — it's much harder for us to keep those relationships working and good when they're that distributed," Dunbar says.

Dobbs offers another modern challenge: What happens when your work relationships have elements of social relationships as well? Who has the time for both?

For workers in smaller companies, Dunbar says, that problem is often solved for them. In companies smaller than 500 people, his research has shown, "there's a very strong tendency for colleagues also to be your friends."

How about if you're employed by a larger corporation, upwards of several thousand people? You're more likely to venture outside your vocational network in your social life.

Dunbar says there are some neurological mechanisms in place to help us cope with the ever-growing amount of social connections life seems to require. Humans have the ability, for example, to facially recognize about 1,500 people. Now that would be an impressive number of Facebook friends.

Yet the problem with such a large number of "friends," Dunbar says, is that "relationships involved across very big units then become very casual — and don't have that deep meaning and sense of obligation and reciprocity that you have with your close friends."

One solution to that problem, he adds, can be seen in the modern military. Even as they create "supergroups" — battalions, regiments, divisions — most militaries are nonetheless able to maintain the sense of community felt at the 150-person company level.

"The answer has to come out of that," Dunbar says, "trying to create a greater sense of community.

"In a way, Americans are lucky in that respect," he adds. "There's this long tradition of commitment to ideals that binds Americans together. That isn't always true elsewhere."

While modern society does make it hard to hang on to friends who aren't geographically close, Dunbar says, his research shows family is different.

"Friends, if you don't see them, will gradually cease to be interested in you," he says. "Family relationships seem to be very stable. No matter how far away you go, they love you when you come back."