Accessibility links
Drug Smugglers' Party Days A Prelude To War Jason Ryan's new book Jackpot chronicles the glory days of the "gentlemen smugglers" of South Carolina, who brought thousands of tons of pot into the country during the 1970s, financing a dream lifestyle of yachts, cars and beautiful women. The party ended in the early 1980s, once Reagan stepped up his anti-drug campaign. 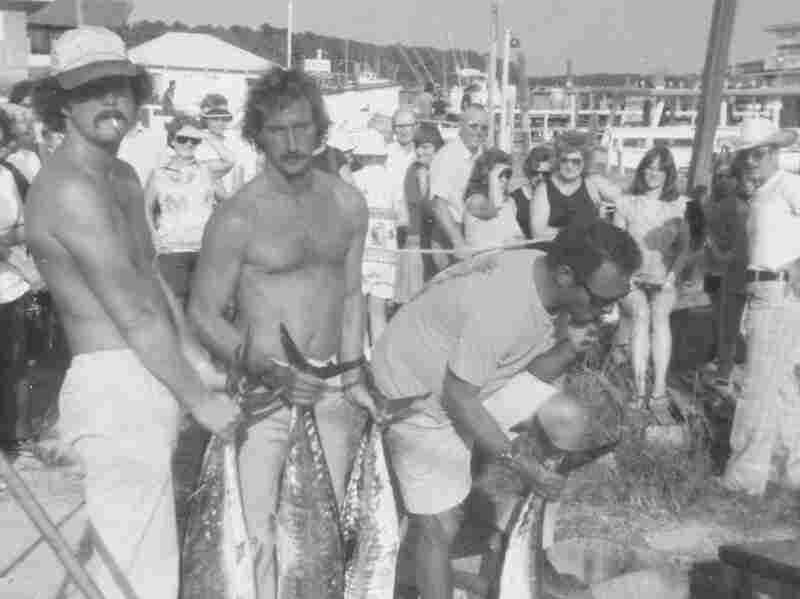 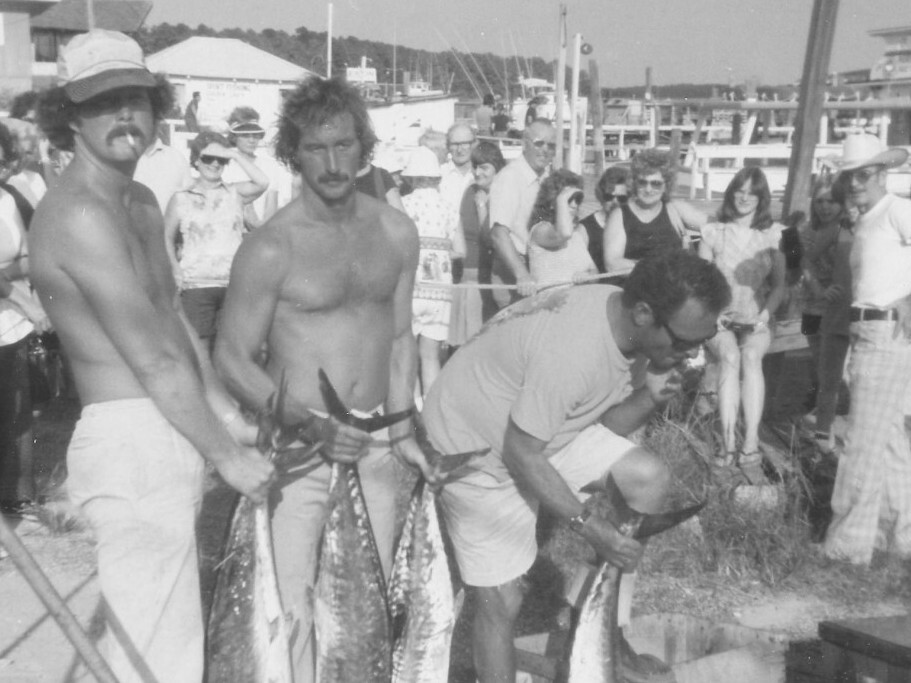 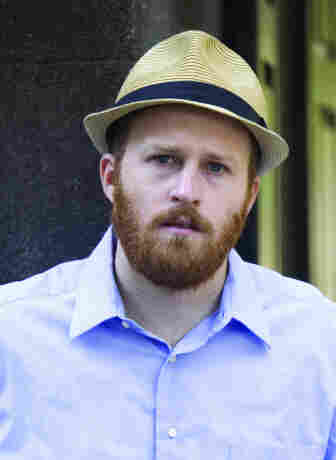 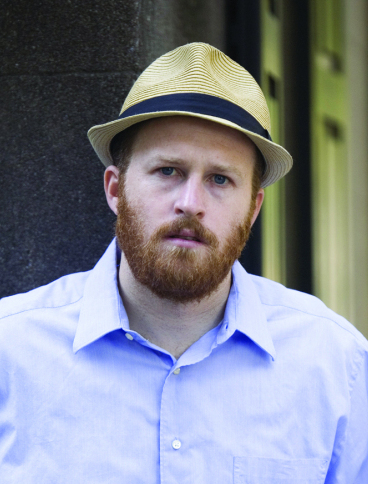 Jason Ryan is a journalist and former staff reporter for South Carolina's The State newspaper.

Forty years ago this month, President Richard Nixon officially introduced something he called the "War on Drugs." A decade later, Ronald Reagan launched it as a national crusade, with the memorable slogan "Just Say No."

Since then, though, the Obama administration has jettisoned the term "war on drugs," and this past week, the Global Commission on Drug Policy issued a report calling the crusade a failure.

But back in the 1970s, the U.S. fight against drugs — especially marijuana — wasn't a war at all. In fact, for the "gentlemen smugglers" bringing bales of pot and bricks of hash into Florida and South Carolina, it was a nonstop party. Mostly college-educated and averse to violence, they were in it for fun more than money — though the money didn't hurt.

"Beautiful sailboats, beautiful women, plenty of recreational drugs, it couldn't get much better from their perspective," journalist Jason Ryan tells weekends on All Things Considered guest host Rachel Martin. Ryan has written a new book about the glory days of the gentleman smugglers, Jackpot: High Times, High Seas, and the Sting That Launched the War on Drugs.

South Carolina's may not be the first place that comes to mind when you think of international drug smuggling, but Ryan says the state is uniquely suited to illicit activity. Everyone from Blackbeard the pirate to Prohibition-era rum runners haunted the secluded marshes and inlets along the coast.

"Customs and DEA didn't have boats until the mid-70s to patrol it, so they were doing it by car, which was very inefficient," Ryan says.

The smugglers were adept at dodging the law, and they operated by their own peculiar code of honor.

"Nowadays we take for granted that violence accompanies all types of drug trafficking," Ryan says. "But back in the '70s, these smugglers ... reasoned that if there was plenty of money to go around, and it was as much about the fun as it was the money, so there's no reason to carry a gun."

The party finally ended in the early 1980s, once Reagan began to step up his anti-drug campaign. But, Ryan says, despite lengthy prison sentences, the gentleman smugglers had few regrets.

"There's no changing what happened," he says. "And I think that they don't believe they were wrong. They were simply out to have a good time, and they weren't bothering anyone, in their eyes." 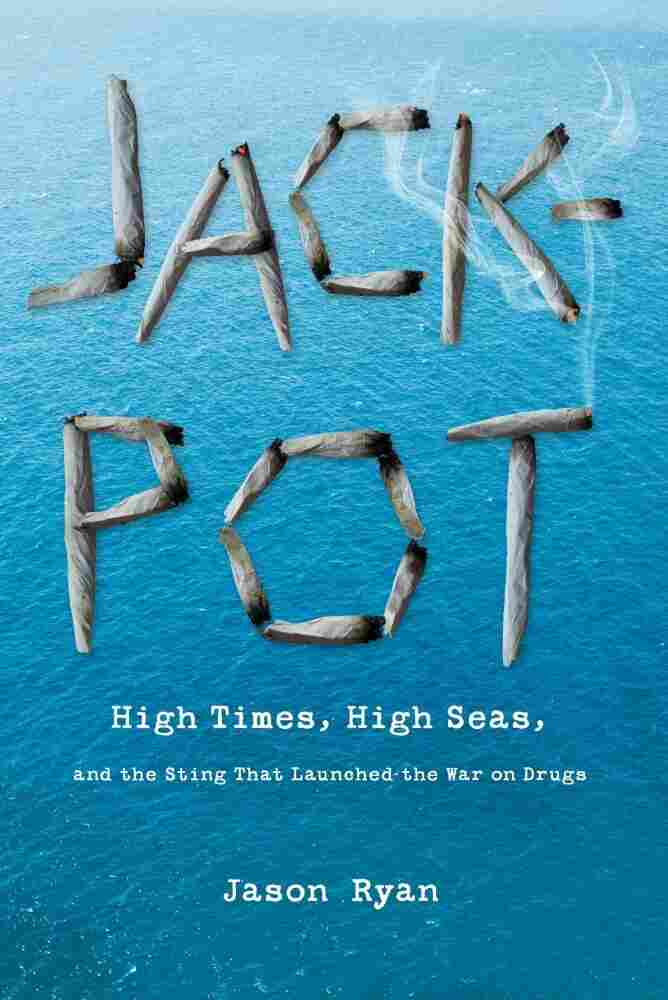 The basic business plan for smuggling pot is straightforward. For every deal, a smuggler must coordinate three parts: the purchase, transport, and distribution of marijuana. On paper the tasks seem manageable, so long as a kingpin and his employees possess an adequate amount of moxie. But many an amateur smuggler has made a go of bombing in a load only to become bogged down by the inevitable mishaps that occur when inexperienced sailors pack a boat to the bursting point and try to cross the Caribbean. When these amateurs stumbled, they called established kingpins in to help, sacrificing a healthy amount of profit to salvage the load. Fortunately for the stumblebums, South Carolina was home to plenty of savvy kingpins, including Columbia natives Barry "Flash" Foy and Les Riley.

It's clear from smugglers' accounts that kingpins like Foy and Riley rose through the ranks not by smuggling differently from others, but by smuggling well. It was the crafty and capable kingpin who could recover from a missed connection in Jamaica, a crew that quit right before loading, a conked-out engine, or crippling weather. It was the seasoned smuggler who recruited discreet and reliable men to execute each venture and paid them enough to keep them loyal. On a typical operation a kingpin's payroll normally included a boat captain, two crewmen, and a handful of others who stayed behind to unload and distribute the marijuana, splitting duties as lookouts, radio operators, bale lifters, and truck drivers. Then there were all the other costs.

"People involved heavily in the drug trade, particularly on the importation side, have a lot of overhead expenses — purchase of boats, airplanes, paying vessel captains and off-loaders, purchase/rental of stash houses, attorney's fees, etc. Plus, when they spend all of that to bring in a load and it gets seized by the government, they have to absorb the total loss; they can't report it to their insurance company," says former DEA agent, Jim Mittica, a veteran of marijuana investigations. "Even so, if they are even mildly successful smugglers, they stand to make a lot of money."

To mitigate some of those potential losses, kingpins obtained marijuana on consignment from their Colombian supplier and paid the bulk of their debt once the marijuana was successfully smuggled and sold in the United States. Should the shipment be intercepted or lost at sea, the supplier would absorb the costs of the load, provided a smuggler could produce proof of law enforcement's interference, whether in the form of arrests or a newspaper article reporting the drug seizure.

It was a logical arrangement. On account of the low prices suppliers paid farmers for each pound, lost loads were of relatively little expense to Colombian drug lords. The marijuana attained value only upon successfully reaching the shores of America. Prior to that, it was just an inexpensive and plentiful crop in Colombia.

Given all the overhead costs associated with smuggling, American kingpins with any sense ordained that if the pot didn't get sold, no one got compensated. A bust canceled everyone's payday, no matter where someone might be on the drug-running food chain. Money was managed very carefully by those in charge, as evidenced by the 1983 testimony of a frequent partner to Foy, Virginia-based smuggler Julian Pernell, who worked for years as an accountant before trafficking drugs: "Our [purchase] costs would run $40 a pound, and our transportation costs would run anywhere from $30 to $40 a pound, then our off-loading crews and so forth, maybe an additional $20. So if we could keep our costs down to $100 a pound and sell it for three, we would make three to one on our money."

Critical to every operation was finding an isolated spot to unload the drugs. The best sites featured a dock close to the ocean, the absence of neighbors, and proximity to major highways. The savvy smuggler scouted several potential sites to unload drugs in case the preferred location was unsafe to use the night a boat came in. In South Florida, where much of the coast was urbanized, finding backup locations could be tricky. Increasing law enforcement patrols in the 1970s also began to make Florida a riskier location to import drugs, motivating smugglers to explore other states.

"When Florida got warm, everyone was looking for spots," says Foy. "[We said] let's go somewhere they ain't."

For Foy it was logical to look back home on the coast of South Carolina, where there were more than 180 miles of coastline and so many rivers, inlets, and creeks it'd take a lifetime to explore them all. An assortment of media — movies, beach novels, and hotel pamphlets, most notably — portray the South Carolina coast as the perfect place to find serenity or romance, what with the soft sand, palmetto trees, gentle night breezes, and breaking surf. Such depictions are not untrue, though they give short shrift to South Carolina's extensive wetlands. On the coast, looking inland, just beyond the beaches, it's marsh that stretches on for mile after mile.

Marsh boardwalks, platforms raised just a few feet above gooey pluff mud, offer extraordinary vistas of cordgrass and creeks. Live oaks sit twisted atop small bluffs, and Spanish moss trails delicately from the oaks' gnarled branches. Tidal creeks twist into the mainland. The salty marsh air can be exceptionally pungent. It is a repulsive smell, but one forgivable for its uniqueness.

Small sandy islands dot the vast marshes, covered with cedar, pine, and palmetto trees, as well as more oak. The land looks exotic, or prehistoric even, fit for dinosaurs. In his tale of treasure seeking, The Gold-Bug, Edgar Allan Poe described the South Carolina marsh as a "wilderness of reeds and slime."

At low tide, mudflats covered with scurrying fiddler crabs are exposed. Herons walk the creek beds, pecking for food. Pairs of dolphins surface in the shallows, and rays glide in inches of water. Raccoon tracks are imprinted in the pluff mud, and exposed oysters spit seawater. As the tide rises, periwinkle snails inch up the cordgrass, clinging to the last bit poking above water. Below, blue crabs shake the stalks with their claws in hopes of dislodging their dinner.

The Europeans who laid eyes on the South Carolina coast in the sixteenth and seventeenth centuries must have approached the shoreline with wonder, staring into the dense pine forests abutting the beaches. The coast is absent landmarks, save for the mouths of rivers. Anything and everything in this part of the New World was contained beyond or within the trees.

What was beyond the trees of South Carolina? For Foy and other marijuana smugglers, there was isolation and rural roads. Rural roads led to highways. Highways led to the interstate. And the interstate led to big cities: Atlanta, Chicago, Indianapolis, New York, and Washington, D.C., where there lived legions of waiting customers.

In the marshes, off-loaders stomped through muck to pull bales off boats, trying to avoid oysters, whose shells pointed upward like small alabaster daggers, threatening to ribbon skin from unprotected feet and legs. Off-loading in South Carolina creeks was vastly different from tossing bales in the condo-lined canals of Florida. Working under cover of darkness, smugglers agonized over the dangers of the marsh, home to alligators and poisonous snakes. They quickly learned that insects and mites could collude to make life miserable. Mosquitoes bit exposed skin, chiggers snuck under clothing to attack legs and groins, while no-see-ums swarmed faces and crawled through hair. One smuggler from Indiana was so terrified of chiggers, he religiously dusted his socks and shoes with sulfur before daring to work in the marsh.

Navigation in the marsh could be extremely challenging, too, especially on moonless nights. The area's eight-foot tides restricted operations, as a boat, already sitting low in the water because of its heavy load of drugs, could easily catch its keel or hull on a sandbar or the mud bottom. In places, South Carolina's marshes spread for a few miles offshore, and the creeks that wound through them split continually, like capillaries, dwindling into dead ends. As the smugglers discovered, it's much easier to enjoy South Carolina's coastal landscape by looking across it, than working in it.

Despite the challenges, smugglers were eager to exploit the sleepy South Carolina coast, especially as law enforcement patrols in Florida became more frequent. Pernell, the Virginia kingpin, once testified that he and his partner, Barry "Ice Cream" Toombs, conducted fifty-two smuggling operations in eleven years, forty-five of which were successful. Pernell, who forfeited about $7 million to the government, estimated about half of his smuggling operations came through South Carolina: "I had some in McClellanville, I had some in Edisto Island, some in Hilton Head, some in Charleston, some came into Georgetown, Conway, up and down the South Carolina coast," said Pernell.

"Is [South Carolina] a pretty good place to drop off marijuana?" asked a defense lawyer.

"One of the best," said Pernell.

Excerpted from Jackpot: High Times, High Seas, and the Sting That Launched the War on Drugs by Jason Ryan. Copyright 2011 by Jason Ryan. Reprinted with permission by Lyon Press.