Accessibility links
Could Unemployment Cost Obama His Job? The latest job numbers reveal the economic pain that continues to wrack Americans, and could complicate President Obama's 2012 reelection aims. As pressure increases from his party's liberal wing to refocus on job creation, the political environment is dominated by pressure to reduce the nation's debt. 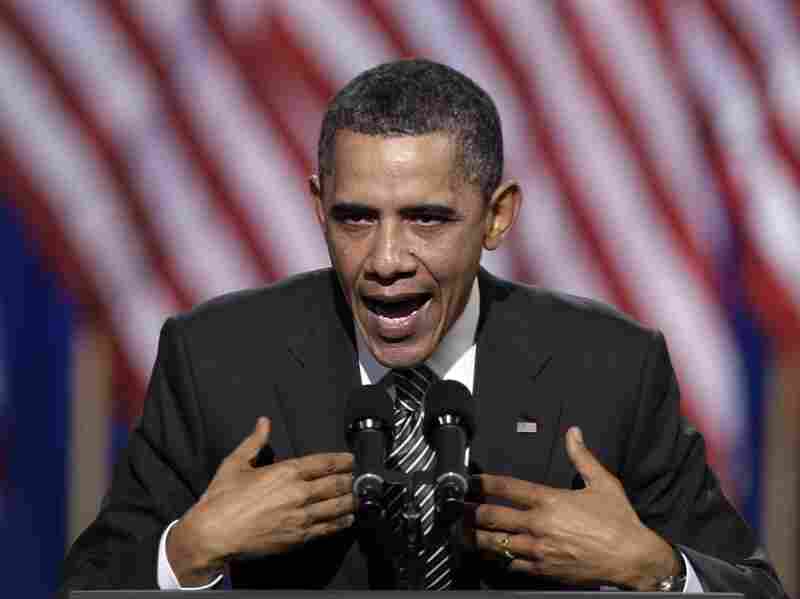 President Barack Obama speaks at a fundraiser at Sony Pictures Studios in Culver City, Calif., on April 21, 2011. Obama was out West selling his big picture deficit-reduction plan, but many people are waiting for a quick fix to their own economic problems caused chiefly by persistent unemployment and the crippled housing market. Reed Saxon/AP hide caption 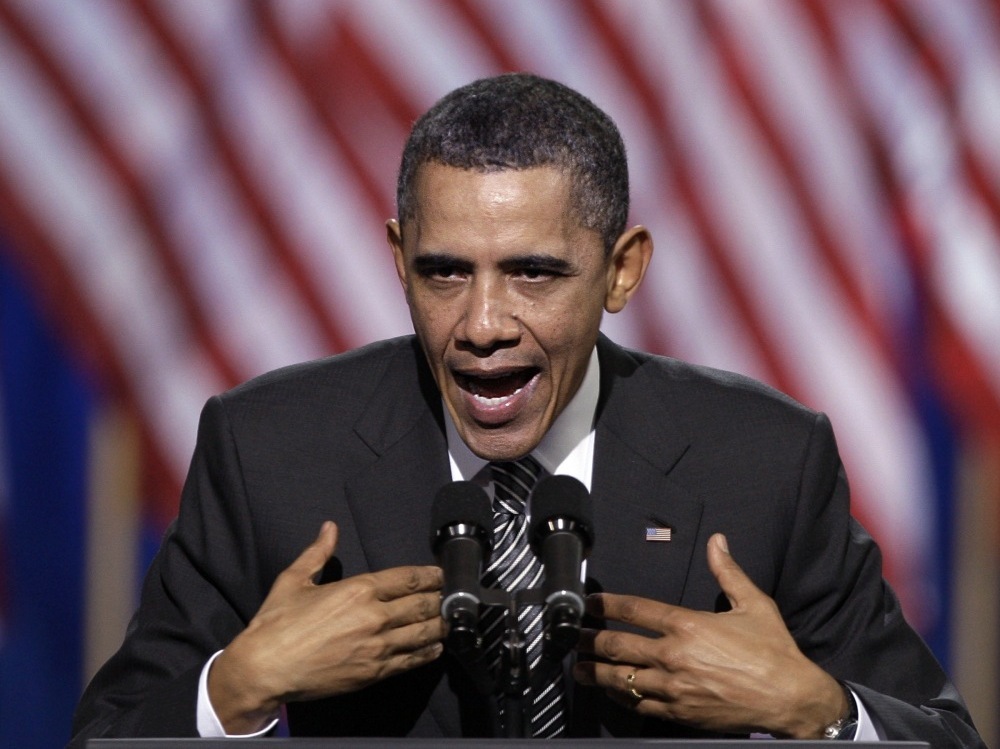 President Barack Obama speaks at a fundraiser at Sony Pictures Studios in Culver City, Calif., on April 21, 2011. Obama was out West selling his big picture deficit-reduction plan, but many people are waiting for a quick fix to their own economic problems caused chiefly by persistent unemployment and the crippled housing market.

After a week of tough economic news, the latest job numbers tell perhaps the most powerful story of economic pain that continues to wrack Americans. And it puts President Obama's 2012 re-election at risk.

The economy added just 54,000 jobs in May, far below forecasts, and the housing market hardly has a pulse.

It's become de rigueur to note that Franklin Delano Roosevelt in the late 1930s was the last American president reelected when the unemployment rate was above 7.2 percent.

Given the current 9.1 percent rate and stalled recovery, a number well above that appears a near certainty come Election Day 2012.

Obama faces not only that dismal harbinger, but something more immediate: increasing pressure from his party's liberal wing to refocus on job creation in a political environment now dominated by pressure to reduce the nation's debt.

"For most people, jobs are front and center," says Dean Baker of the Center for Economic and Policy Research.

"He really lost control of this debate early, and he has to try and get back on the theme of job growth," Baker says. "Or he'll sit through the rest of his term in stagnation."

Elections And The Unemployment Rate 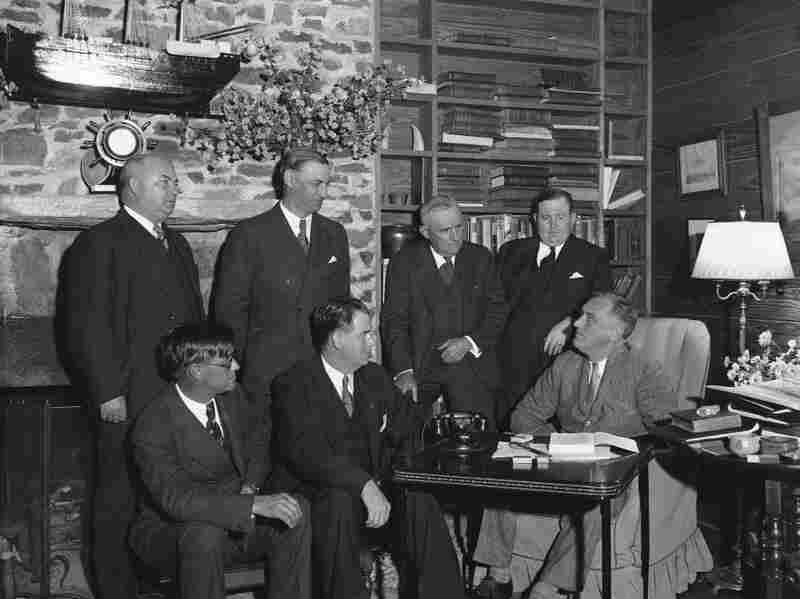 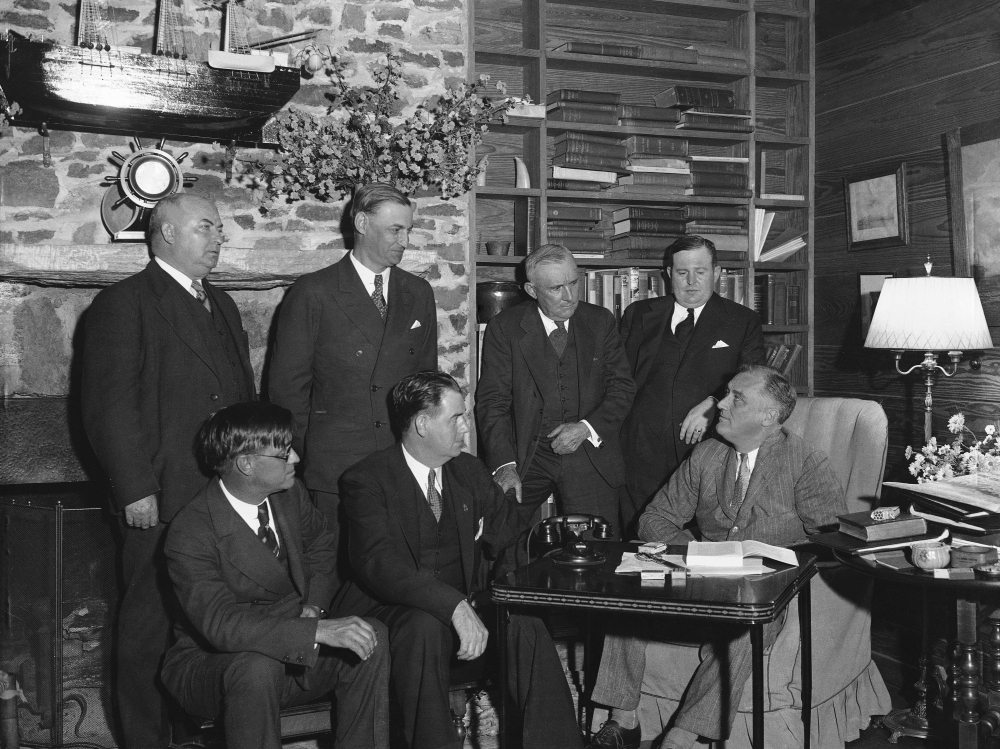 The president's "win the future" State of the Union speech, given just four months ago when the economy was showing some spark, now seems a distant memory.

In 2008, the last year of the two-term Bush administration, the U.S. economy lost 2.6 million jobs — the highest level of losses in more than six decades, according to the U.S. Labor Department

Baker's argument, that the president has to risk a big pivot from debt reduction to job creation, has been pulsing through the progressive community for months as unemployment has remained stubbornly high.

His critics want the Federal Reserve to pump more money into the economy, for the president to push for more stimulus-type projects, and for innovative workplace initiatives to be pursued.

Baker proposes a summer youth jobs program and policies that would help employers shorten workers' hours rather than lay them off.

William Galston, a domestic policy expert who worked in the Clinton administration, says he also believes that Obama has dropped the ball on jobs.

"I have long thought that President Obama hasn't placed economic growth and jobs dead center in his agenda consistently enough," Galston says. "That was a principle reason the health care adventure dismayed me."

But — and this is a big but — Galston says that though he and many economists agree that the president's $787 billion stimulus program of 2009 has "prevented a bad situation from becoming worse," the concept of government infusing the economy to create jobs has become anathema to a vast swath of the American people.

"Public opinion has coalesced around the proposition that meaningful deficit reduction is needed," Galston says. "The credibility of a Democratic-Keynesian response to joblessness is much diminished in the eyes of the public."

Not for ideological reasons, he says, but because of recent experiences that included wildly optimistic White House projections on the effects of the stimulus on unemployment.

Most notably? Obama's early assertion that the government spending would keep the unemployment rate below 8 percent.

In 2009, polls showed that about 60 percent of Americans favored the stimulus effort: that dropped to 42 percent the following year.

There are some in his own party who have nicked the president for failing to show passion on the issue of jobs, and making a jobs and stimulus agenda difficult for congressional Democrats to pursue.

Andrew Levison, an expert on the politics of jobs, disagrees.

"It was not a lack of interest in job creation, it was not a moral or an ideological failing," he says. "I don't think the White House said, 'We believe jobs are less important than deficits.'"

It was a mistake in projection, he said.

In a thought-provoking Democratic strategy memo this week published in the Journal of Public Opinion and Political Strategy, Levison also argues that much of the American public — for better or worse — no longer embraces the Keynesian belief that aggressive government action can stabilize the economy and improve on the free market.

That theory held sway in the 1950s and '60s, but no longer. There is a pervasive view that only the private sector can create jobs, he says, and that jobs created through government aren't really jobs at all, but akin to welfare.

That shift in thinking, coupled with a deep distrust of government that now exists, is the root cause, he argues, of Democrats' "exasperating failure" to make jobs an issue.

"No amount of rhetoric — no matter how passionate or theatrical — can make this reality disappear," he argues.

Poll after poll shows that Americans now believe that cutting federal spending is the preferred path to job creation and expanding the economy, not government investment.

And American presidents, in an increasingly fragmented media environment, no longer enjoy the clout of the bully pulpit, he argues, to make that one, clear convincing policy argument.

The argument, Galston says, that a "weak-kneed president is capitulation to more fervent Republicans" on the issue of job creation is off kilter.

"It misses the point that Republicans have succeeded in making their narrative of what's gone wrong central to the debate," he says. "The president and Congress have done less well with making the invest-in-the future narrative."

Galston's advice to the president in the short term: Return to the housing market, whether it means helping homeowners stave off foreclosures or pressuring the financial sector to take meaningful mortgage modifications seriously.

"The banks have been recapitalized and the homeowners haven't," he says.

Baker, however, says he envisions Obama watching as the Republican field remains in some disarray and contemplating a path where he could win even if unemployment remains high.

Nate Silver, a New York Times' poll and policy analyst, notes that Obama inherited an unemployment rate that was just under 8 percent in January 2009 when he took office — and that private forecasts suggest that the rate could be similar to that by late 2012.

Obama's odds will be "impaired," says Silver, if economic indicators, including jobs numbers, remain poor. But predicting success based on previous presidential re-election runs in times of high unemployment is "an inexact science."