Accessibility links
First Listen: Death Cab For Cutie, 'Codes And Keys' Codes and Keys, out May 31, is a true grower by a maturing band: Not only does it gain richness and depth with each exposure, but it also gets better as it rolls along. 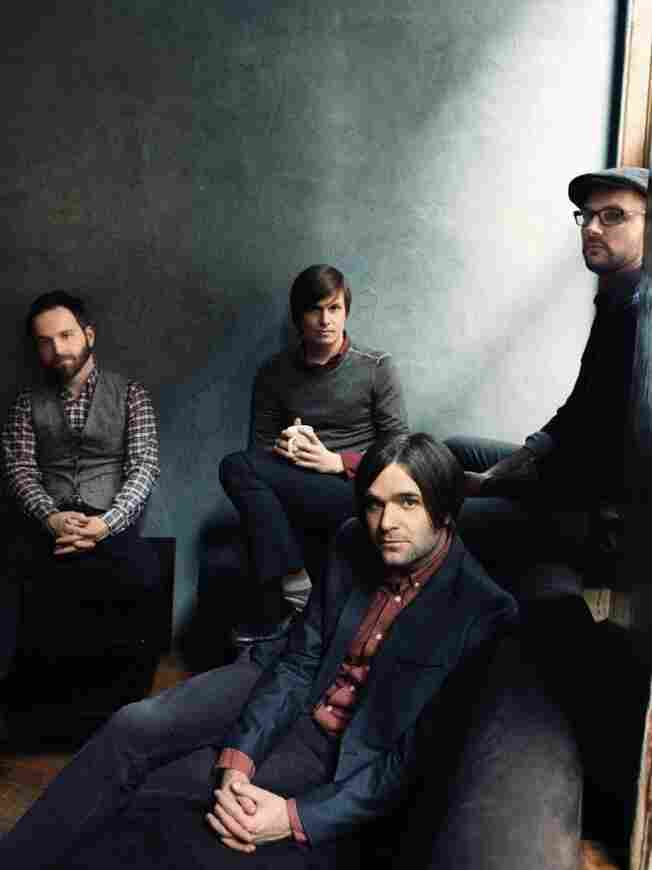 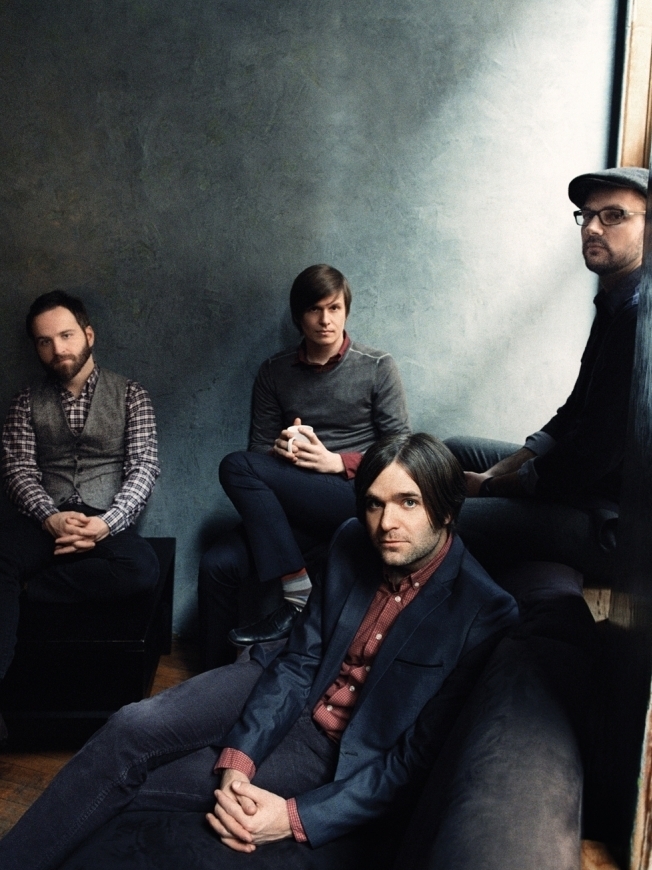 Death Cab for Cutie's new album, Codes and Keys, comes out May 31.

Death Cab for Cutie's music has long had a certain innocence to it; a boyish, vulnerable charm that feels unmistakably collegiate. When the Bellingham, Wash., band broke big in the early '00s, its records played like the soundtracks to breathless long-distance romances between young adults who'd always been just a little too smart for the rooms they were in. Hearing Death Cab's music ringing over climactic scenes in The O.C. and Six Feet Under made all the sense in the world, because so few bands could convey Ben Gibbard's gift for singing like his heart can't quite fit in his chest.

Naturally, Death Cab for Cutie's music has changed since the eyes-heavenward yearning of "Transatlanticism" and "Passenger Seat" — why wouldn't it? Gibbard himself is married and sober, and a best-seller both here and in The Postal Service. Guitarist and producer Chris Walla is in demand everywhere, including as a solo artist. These guys aren't in their 20s anymore, and it's a blessing that they don't pretend otherwise on 2008's Narrow Stairs or the fine new Codes and Keys, due out May 31. The heavy, churning emotions of youth have a way of dissipating into something more abstract and complex, and both albums reflect that understanding.

While Narrow Stairs looks at what motivates wayward souls — whether in the faded stardom of "Cath..." or the heartbreaking surrender reflected in "Your New Twin-Sized Bed" — Codes and Keys feels a bit subtler in its intentions. Sure, it includes "Some Boys," one of Gibbard's patented treatises on the ways other boys can be so uncouth (a trope he'd do well to abandon), but Codes and Keys is consistently lovely, thoughtful and agreeable anyway.

It's also a true grower: Not only does Codes and Keys gain richness and depth with each exposure, but it also gets better as it rolls along. The slowly blooming epic at its center ("Unobstructed Views") is no "Transatlanticism," but it's gorgeous, and it initiates a remarkably strong second half, headlined by what sound like surefire summer singles in "Monday Morning" and "Underneath the Sycamore."

Seven full-length albums into its career, Death Cab for Cutie continues to grow up and evolve alongside the audience who came of age with it in the last decade. Stay tuned for its members' catchy and heartfelt ruminations on the soul-deadening malaise of middle age, due out in 2017 or so.