Accessibility links
Pakistani General: 'Indiscriminate' Against Terrorists The commander of Pakistan's 11th Corps says his troops are actively taking on terrorists in the North Waziristan region, along his country's border with Afghanistan. But he doesn't directly say whether he is specifically targeting the dreaded Haqqani network. 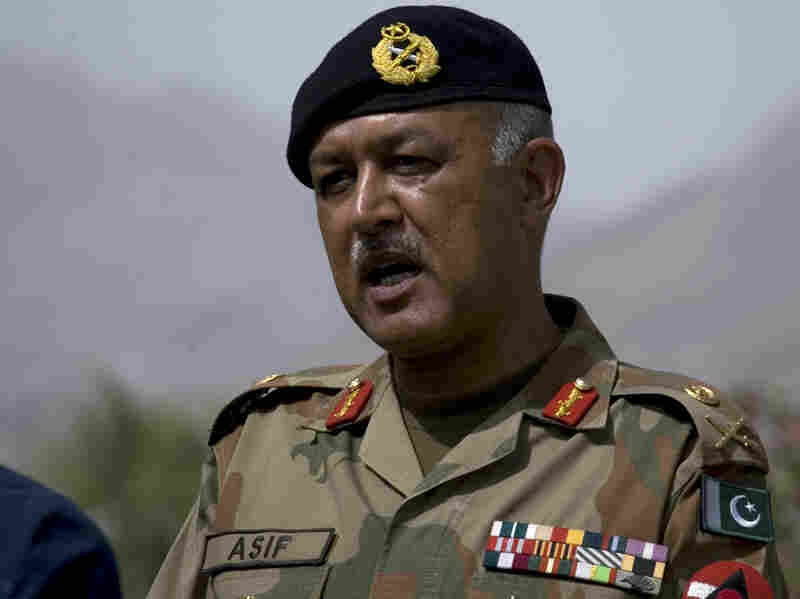 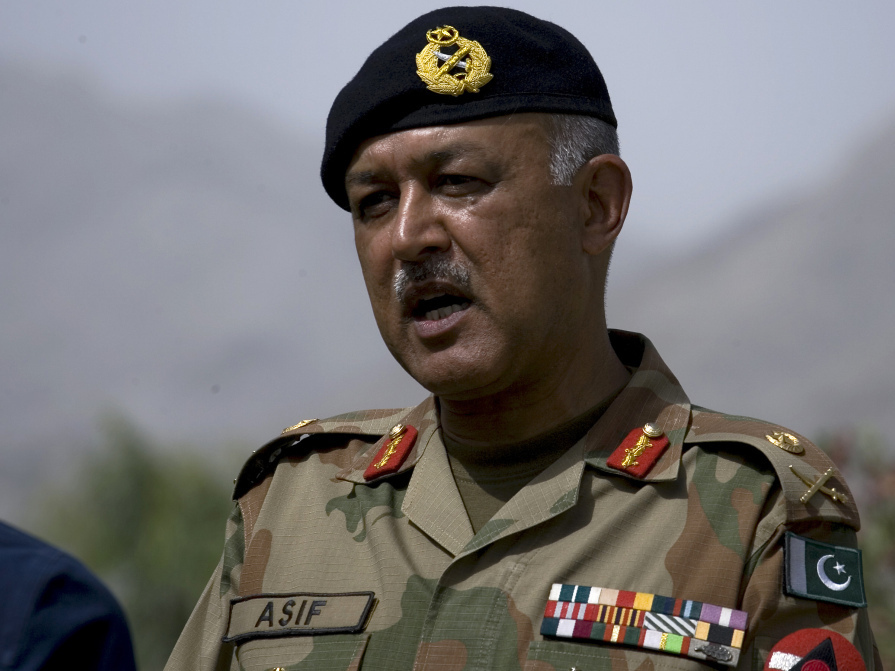 A Pakistani general being urged to clear out a strategic area along his country's border with Afghanistan says his troops are engaged in active operations in the region, and Pakistan alone shouldn't be blamed for cross-border militancy.

Malik says he is losing men in the area, killing insurgents and terrorists.

But the U.S. is impatient for Pakistan to strike the Haqqani network, a militant organization named after its leaders that finds sanctuary in North Waziristan. The network is suspected of kidnapping journalists, bombing a hotel in the Afghan capital, Kabul, and attacking the Indian Embassy there.

Malik insists he has no orders to go easy on the network.

"Anybody who challenges the writ of the state, or who is working against the interest of Pakistan, we target them."

Malik never quite says he is or is not targeting the Haqqani network.

"I don't give names to the terrorists, you know," he says. "I don't differentiate. My issue is I ask questions later, I shoot first. ... We target them very, very indiscriminate, if I may say so."

The U.S. military speaks highly of Malik, whose troops have coordinated with the U.S. on many missions. But when reporters asked last week whether Malik planned a full-scale offensive in North Waziristan soon, he said no.

Malik says the issue of movement across the porous Afghan-Pakistan border has to be understood historically.

"This crossing has always been there for centuries, you know," he says. "Now, imagine a person who is not carrying a weapon. He just walks across the border. How would you or anybody know that he's a terrorist?

"He goes behind a bush and picks up a Kalashnikov, and he becomes a terrorist. And to add to it, Kalashnikov is part of the body here. It is the third arm of the people."

He says the blame for such border crossings shouldn't lie with Pakistan alone.