Accessibility links
Anthony Weiner Takes 'Full Responsibility' ... Whatever That Means The TV event that is the contrite news conference always includes something about taking full responsibility for one's actions, as Rep. Anthony Weiner's did yesterday. But what does that even really mean?

What Does It Mean When A Politician Takes 'Full Responsibility'?

What Does It Mean When A Politician Takes 'Full Responsibility'? 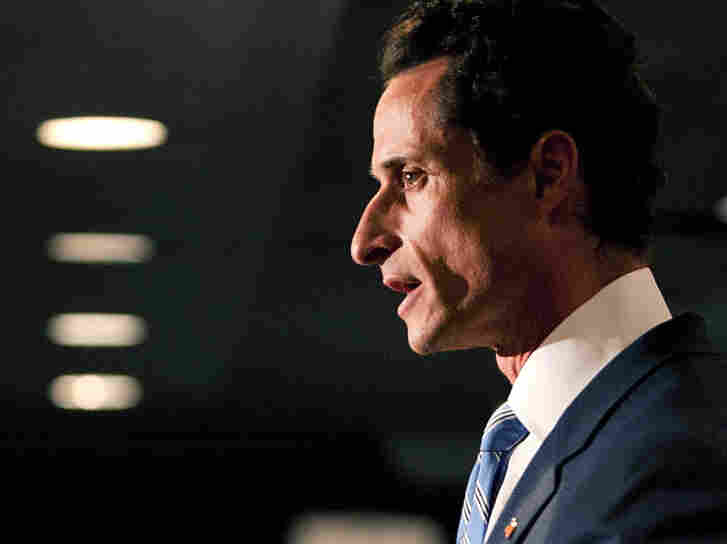 Rep. Anthony Weiner (D-NY) admitted yesterday to sending a lewd Twitter photo of himself to a woman and then lying about it. Andrew Burton/Getty Images hide caption 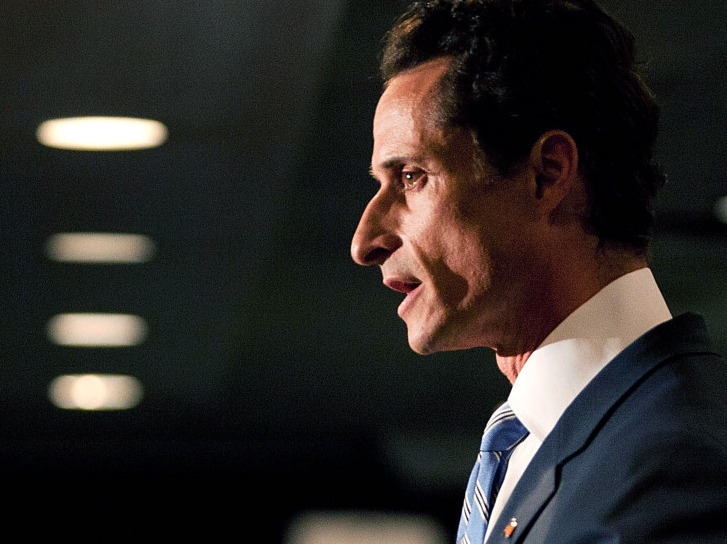 Rep. Anthony Weiner (D-NY) admitted yesterday to sending a lewd Twitter photo of himself to a woman and then lying about it.

What does it mean to "take responsibility"?

This question came up a few weeks ago when Arnold Schwarzenegger said he would "take responsibility for the hurt [he] had caused" by fathering a child with a member of his household staff and keeping it a secret from his wife for more than 10 years. It returned yesterday when Rep. Anthony Weiner announced in a teary, cringe-inducing press conference that yes, he tweeted a lewd photo of himself to a woman last week in a misbegotten attempt to send it to her privately, and then lied repeatedly while trying to keep people from finding out. Oh, and by the way — she wasn't the only one.

If taking full responsibility requires voluntariness, then neither of these confessions qualifies. It is one thing to admit fault when you don't have to. It is another to admit fault after either (1) many years of duplicity or (2) a cover-up effort so inept that it actually involved claiming not to know for sure whether a picture of someone's personal distension was a picture of your distension or just that of someone who favors the same brand of underwear you do.

It is one thing to step forward; it is another to light a stick of dynamite, wait for it to go off in your hand in front of a large crowd of onlookers, and then say to their startled faces, "I want to be very upfront about the fact that you may have just heard a loud noise."

Doesn't taking responsibility have to involve volition if it's to be meaningful? What does it mean if you don't have any choice? For Weiner, the image of the emperor having no clothes was about to become upsettingly literal. The existence of physical evidence — a child, let's say, or a cache of photos and messages including a photo of himself literally holding up a sign with an arrow pointing to his own head that says "ME" — makes it hard to credit either man with much of anything other than not fleeing to Mexico or changing his identity. So ... well done?

What Schwarzenegger seemed to mean by "taking responsibility" was partly the acceptance of the actual, tangible consequences of parenthood. For Weiner, it's more complicated. What are the material consequences of his behavior that he's now taking responsibility for? He'll be publicly excoriated, but that's only because he was found out, so what kind of a consequence is that? What kind of a consequence is it when the worst thing that happens to you because of something you did is that people treat you as having done it?

Taking responsibility within a marriage is different, of course. It was a little refreshing not to see Weiner's wife up there; whenever wives show up at such events, it's hard not to wonder why their husbands didn't tell them to stay home on the theory that the path you carve with your sexual indiscretions is a profoundly lonesome valley, and as the folk song says, you've got to walk it by yourself.

Sometimes, the public confession — the public taking of responsibility — involves a ritual sacrifice. Most commonly, a job is abandoned, either on the theory that you're no longer fit to hold it or simply because an offering signals true remorse and means you are serving your figurative time, even if you're not going to serve actual time. Former New York Gov. Eliot Spitzer did it, and former New Jersey Gov. Jim McGreevey did it, and both of them said it was part of taking full responsibility.

Weiner, on the other hand, didn't quit. Of course he'll have to run again in 2012, and this? This is probably going to come up. There's something to be said for leaving it to the voters — how much an affair and a cover-up should matter is something about which people vehemently disagree (sometimes on principle and sometimes based on how much they like the politician), and the voters can certainly turn him out if they decide to.

But in the end, the only consequence Anthony Weiner is looking at so far is what follows directly from what he did, not from anything he decided to do afterward. He's in no worse position than the one he created the minute he publicly tweeted the photo. He's stopped lying, but that's about it. The press conference can be summed up as "What appeared to have happened is indeed what happened." That's not even 140 characters.

Maybe taking full responsibility is, in the end, about making amends. While Weiner's constituents were certainly ill-served by all this, what amends can be made to them? Never lie again? Does choosing not to lie when you weren't supposed to do it in the first place constitute making amends?

For Weiner, full responsibility seemed to mean apologizing profusely, declining to qualify his regret or explain away his behavior, and answering the same questions until the press finally began to tire of asking them.

But really being fully responsible is difficult. It's not as if Weiner can redirect the consequences to himself, like a criminal who takes the fall so the innocent man can go free. Responsibility and consequences are severed here: His wife, his family, and his staff have no responsibility at all, but there are consequences for all of them anyway. This won't change that.

Maybe "I take full responsibility" is ultimately something that's said simply because it must be said. Maybe it's an incantation. Maybe it's a vow to do better.

Maybe if public apologizers were better at just being sorry, we wouldn't need "I take full responsibility for my actions" in the first place.