Accessibility links
In Weiner Scandal, Familiar Role For Conservative Provocateur Breitbart Rep. Anthony Weiner (D-NY) clearly brought the scandal over his digital dalliances upon himself, but the media's coverage of the story from the moments after he sent that errant tweet has been orchestrated almost entirely by one person: conservative blog entrepreneur Andrew Breitbart. 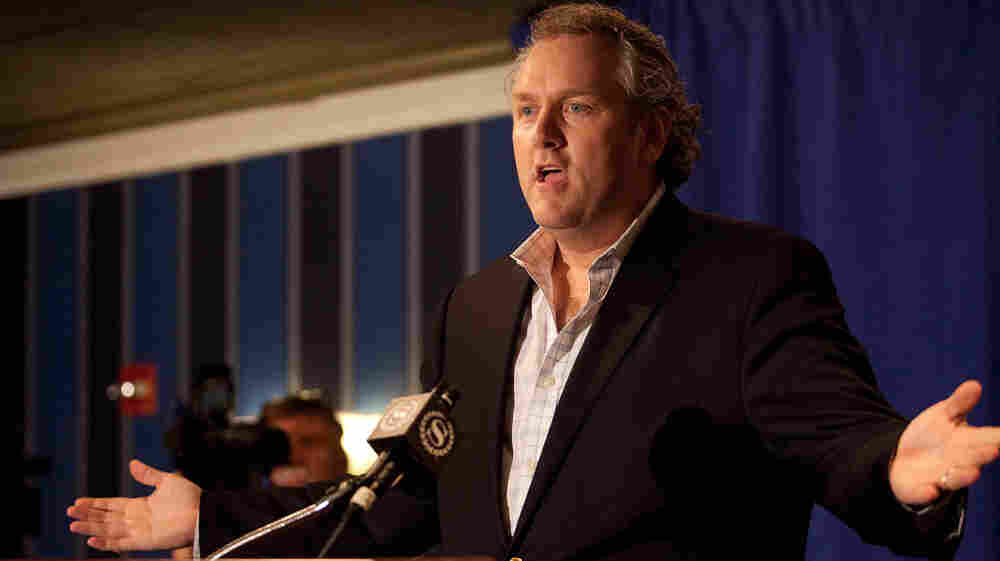 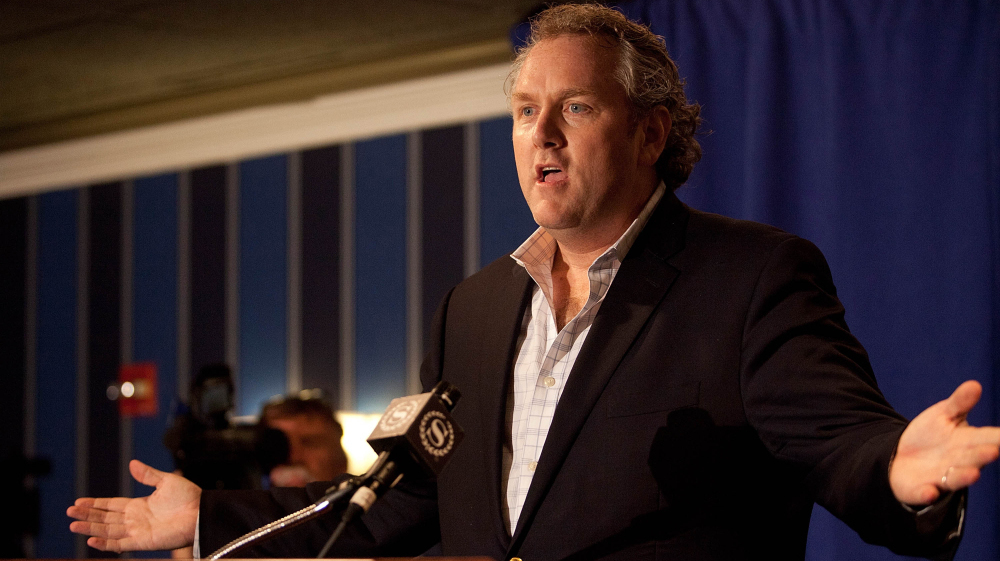 Andrew Breitbart, who runs BigGovernment.com, speaks to the media before a press conference held by Rep. Anthony Weiner on Monday.

Rep. Anthony Weiner (D-NY) clearly brought the scandal over his digital dalliances upon himself, but the media's coverage of the story from the moments after he sent that errant tweet has been orchestrated almost entirely by one person: conservative blog entrepreneur Andrew Breitbart.

Breitbart, the other famous guy at the center of this scandal, has made the scandal a national fixation.

"I want to hear the truth. I want to hear the truth from Congressman Weiner. And quite frankly I'd like an an apology for him being complicit in a blame-the-messenger strategy," Breitbart said after taking over the lectern ahead of Weiner's press conference on Monday. (Reporters had surrounded him to ask questions.)

Breitbart has targeted liberal politicians and institutions and is a bombastic critic of the mainstream media, but in this case, he set the tempo for the press. The pictures shooting around the world were first posted on his sites. Even the network TV interview with one of Weiner's tweet-hearts was brokered by Breitbart. And Weiner singled him out for attack during a defensive interview last week with CNN.

On Monday, before Weiner's tearful confession, Breitbart stole the spotlight, once again when, at that lectern, he proceeded to lecture both Weiner and the press corps.

Breitbart was happy to embarrass a fierce liberal fighter, and he got a lead to Meagan Broussard, a single mother from Texas, who said she had swapped racy photos with Weiner.

The thing about Breitbart is that he veers back and forth between sounding like an opinion journalist and a conservative activist. When describing how his sites made use of Broussard's pictures, he sounds like a journalist.

"Evenly pace it, let people savor the first photo and then, you know, tell them there's going to be another one, and get people into that refreshing mindset," he says.

But when Breitbart describes why he was doing it, he sounds like an activist.

"I thought this would put a sufficient amount of pressure on the congressman, with an escalating amount of impact to each photograph. With the third photograph where he was shirtless, I thought that that would be a sufficient siren in his mind to realize that if he continues to go down this path, his peril is going to only get greater," Breitbart says.

Upon arriving in New York City on Monday afternoon and learning Weiner had scheduled a press conference, Breitbart acted like a journalist, hoofing it to the hotel to report. Upon getting there, though, he took command of that lectern, answering questions from reporters and warning Weiner there were worse pictures to come.

Among Breitbart's targets yesterday was Joan Walsh of the liberal Salon magazine. She has criticized his sites BigGovernment.com and BigJournalism.com for promoting highly disputed stories — such as the Shirley Sherrod video. The version Breitbart posted of a black federal official speaking about her own racism toward a white farmer was cut off before the full redemptive end to her story.

Walsh says he was right about Weiner, but that hasn't altered her skepticism about Breitbart.

"In a moment when I guess if he wants to be a journalist he is being validated, and he did something right, all he is calling attention to is the controversy around what he did right, and in the process he is flinging accusations at me that aren't true," Walsh says.

Some other journalists are more willing to follow his lead. Breitbart's criticism aside, he wanted the credibility of the mainstream media, so he advised Broussard to share her photos with ABC and told ABC News Producer Chris Vlasto how to reach her. Chris Cuomo was the correspondent on the story, which the network raced to report.

"As a journalism exercise, this was a very fascinating endeavor because it checks all the boxes for difficulty in journalism: Subject matter, difficult. There's a taste issue, there's a morality issue, there's an impact issue," Cuomo says.

ABC says it paid Broussard between $10,000 and $15,000 for the rights to her pictures. Breitbart said he paid her nothing.

When NPR asked Breitbart again what he was — journalist or activist — he said it depends on the day. He doesn't like the term activist. He prefers provocateur.