Accessibility links
Terrorism Case Exposes Gaps In Refugee Screening Two Iraqi men accused of trying to send missiles to al-Qaida came to the U.S. as part of a program to resettle thousands of refugees. When one of those men applied to the program, Homeland Security officials didn't know the military had lifted his fingerprints from a bomb designed to hurt U.S. troops in Iraq.

Two Iraqi men are due in court in Kentucky on Wednesday to face charges that they tried to send missiles to al-Qaida. The men moved to the U.S. as part of a program to resettle thousands of refugees from Iraq. But national security experts say their presence here has exposed an alarming gap in the screening process. 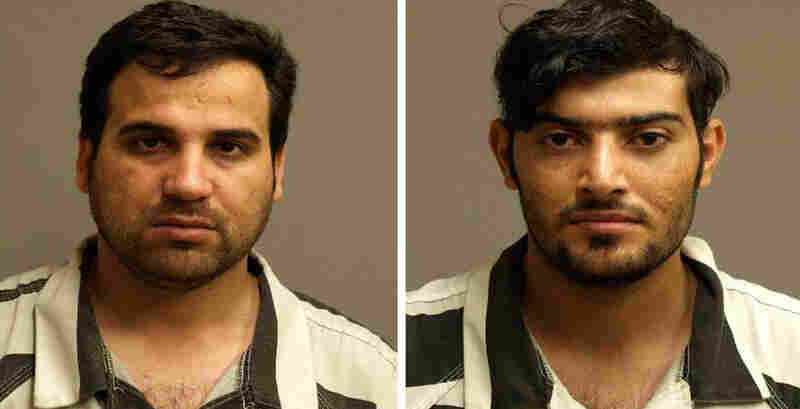 Iraqi refugees Waad Alwan (left) and Mohanad Hammadi (right) were arrested May 25 in Kentucky for allegedly conspiring to aid al-Qaida. If convicted on all charges, each could face life in prison. U.S. Marshals Service/AFP/Getty Images hide caption 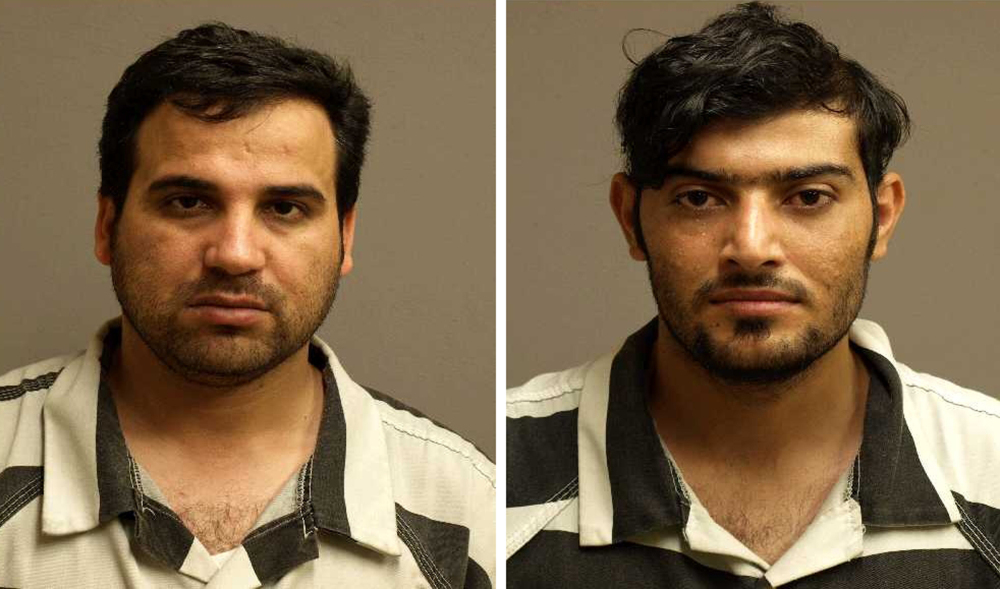 Iraqi refugees Waad Alwan (left) and Mohanad Hammadi (right) were arrested May 25 in Kentucky for allegedly conspiring to aid al-Qaida. If convicted on all charges, each could face life in prison.

Waad Alwan arrived in Bowling Green, Ky., two years ago to build a new life. But when he applied to a refugee program for Iraqis, Homeland Security officials didn't know the military had lifted his fingerprints from a bomb designed to hurt U.S. troops in Iraq.

"What I want to know is, how the heck did he get into our country?" Paul asked at a news conference last week.

"Was someone asleep at the switch here? Did someone approve this guy for political asylum even though he'd been in prison as an insurgent? How does that happen?" he asked.

Paul told reporters that he wants to hold congressional hearings to get some of those answers.

U.S. Homeland Security officials say the Alwan case exposed gaps in the screening process at the start of the Obama administration. Nowadays, they say, applicants undergo a lot more scrutiny, and their names are run through more terrorist watch lists and other intelligence databases.

The federal government reformed the criteria for watch lists after the near-miss bombing in the skies over Detroit on Christmas Day 2009. And security officials say they now use "recurrent vetting" to check when new records are added to the system.

Was someone asleep at the switch here? Did someone approve this guy for political asylum even though he'd been in prison as an insurgent? How does that happen?

Stewart Baker developed national security policy during the Bush years. "We need to go back and review the files of the people who've already been admitted here to make sure that we didn't make mistakes at the time," he says.

That's going to be a lot of files. Since the start of the war, the U.S. has admitted more than 50,000 refugees displaced by the conflict. By some estimates, Baker says, 18,000 more Iraqis could arrive on American soil this year.

He says that means it may be time to give the refugee program an overhaul.

"This may be the largest or close to the largest national group that we bring to the United States every year, and I wonder whether that's the smartest choice," Baker adds.

FBI Director Robert Mueller told a House committee in February that the sizable refugee community from Iraq was on investigators' radar screen. But the Justice Department won't say how many of those people may be under investigation.

Alwan apparently drew FBI scrutiny about five months after he arrived in Kentucky. And once investigators started looking at Alwan, he led them to another Iraqi refugee, Mohanad Hammadi, who had also moved to Bowling Green.

U.S. Attorney David Hale told member station WKYU that neither of the men has been charged with plotting attacks within the U.S.

Mohanad Shareef Hammadi, 23
Charged with attempting to provide material support to terrorists and to al-Qaida in Iraq; as well as conspiracy to transfer, possess and export Stinger missiles.

"These charges relate to conduct that occurred in Iraq and also conduct in the United States regarding their attempt or conspiracy to aid al-Qaida in Iraq," Hale said.

An undercover operative met with both men in Kentucky, getting Alwan on tape saying he had targeted Humvees and Bradley fighting vehicles in Iraq. Hammadi allegedly told the undercover agent that he took part in IED attacks in Iraq and that he was arrested there after his getaway car got a flat tire.

Eventually, the undercover agent allegedly got both men to agree to help provide rifles, Stinger missiles and C4 explosives to al-Qaida in Iraq.

"While the subjects believed that the weapons and the money were being shipped overseas to Iraq to support the mujahedeen in their fight against U.S. coalition forces, that in fact never did occur," Fries said.

"Here, as I understand it, the real intent was not just to come to the United States, but rather for Alwan to seek the so-called golden passport, the U.S. passport, so he could travel freely and raise fewer suspicions around the world," Cilluffo says.

He says al-Qaida has been trying to use that strategy — with some success — for years.