Accessibility links
Connie Chung Reflects On News, Family And Fighting With Humor Connie Chung, whose award-winning career began in 1969, was the first Asian and the second woman to become a nightly news anchor at a major network. In a "Wisdom Watch" conversation with host Michel Martin, Chung reflects on the discrimination she faced in her field, mistakes she has made, controversial interviews and her desire to make something of the "Chung" family name. 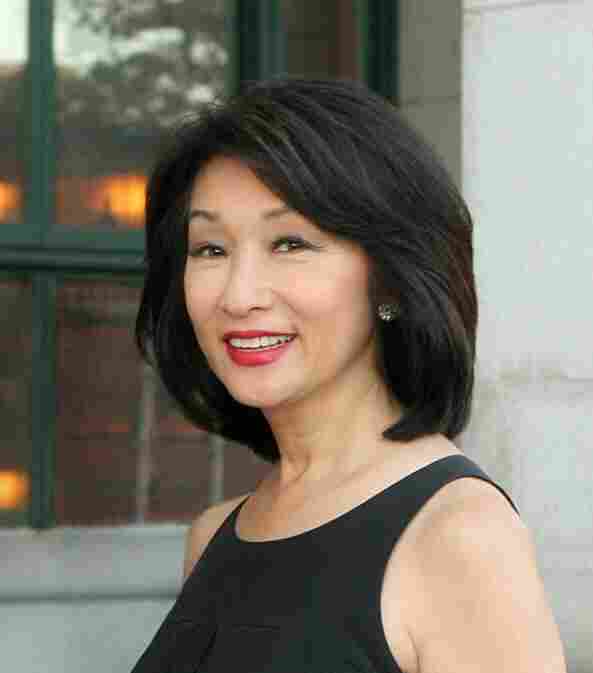 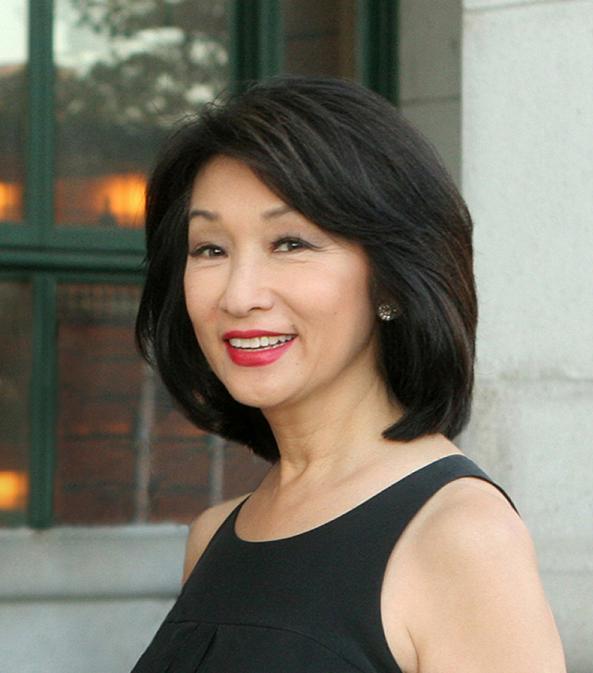 Connie Chung has been a trailblazer in broadcast news since she started her career in 1969. She began as a copy person in her hometown of Washington, D.C., then rose to positions at CBS, ABC, NBC and CNN. She became the first Asian and the second woman to anchor one of America's major network newscasts.

Chung has done exclusive interviews, including with Chinese leader Li Peng on the fifth anniversary of the Tiananmen Square massacre, and basketball star Magic Johnson after he publicly announced having HIV. She has won three Emmys and a Peabody among several other accolades.

Choosing The Road To Journalism

During the summer between her junior and senior year of college, Chung had an internship whereby she watched reporters in action. She also worked for a congressman who used to be a newspaperman. Through him, she developed an interest in writing. By the time she returned to college in the fall, she had decided to major in journalism. She chose television journalism in particular because the field was fairly young at the time — 1969.

"For a small, diminutive-sized Chinese person who grew up in a very loud family and never spoke up in my life, it was dramatic," says Chung, regarding her career decision.

Plowing Through A Tough Industry

Chung says that when people gave her a hard time, she never knew if it was because of her young age, her inexperience, her gender or her Chinese heritage. When facing claims of bias or yellow journalism, she fought back with humor. "I wouldn't let them get my goat by taking it seriously, even if they meant it seriously," she says.

In the 1970s, Chung was working at a Washington, D.C., station. She says CBS News decided to compensate for years of discriminating against women and minorities by hiring four women — including Chung — whom they deemed "reporters." About two years later, she was promoted to "correspondent." That was the first time she thought, "Yes, I've made it."

But the sense of officially making it, she says, came when colleagues stopped berating her for how she wrote, produced and reported. That was after a period of rough hazing — a common experience for many other female reporters at the time.

Today, Chung says, she'd hoped the industry would have become more diverse. But breaking male traditions is difficult, she says: "The cavemen are still in charge at the networks. They're all white males, and you can't get away from that."

Still, Chung says she always dreamed of being Walter Cronkite, of sitting in his chair. In reality, she got half of his chair. In 1993, she was thrilled to become the co-anchor of CBS Evening News with Dan Rather.

However, critics said her rise demeaned the evening network news broadcast institution. And she describes having two people anchor a 30-minute network newscast as akin to playing "Patty Cake."

Had she not been an anchorwoman, though, she might have missed opportunities to cover major stories, including the Oklahoma City bombing and former President Nixon's funeral. So, she says, she was glad she did the job.

She says her mistake was not giving the evening news her full attention. At the time, she was also hosting her own magazine program, Eye to Eye with Connie Chung.

Identifying Her Interview Style, Hitting Bumps In The Business

Chung calls herself "normal and ordinary," says her guests trust her, and describes her interview style as like chatting with a neighbor, classmate or friend.

But she did have two big blowups over the years.

The first was when Microsoft co-founder Bill Gates walked out on Chung during Eye to Eye. "I was giving him a hard time about the smaller companies that Microsoft would roll over," she says.

The episode was monumental, she says, and raised the question of why people even step into interviews, where they'll be subjected to all types of questions, knowing full well the controversies that exist — and yet they walk out in the end.

The second incident came during an interview with Newt Gingrich's mother, Kathleen Gingrich. "You know how other women who don't want to utter a word that is not so pleasant, like 'he's got cancer' or 'he had an affair'? She was doing that all during the interview," Chung says.

So Chung told Gingrich's mom, "Why don't you just whisper it to me, just between you and me?" When the interview aired, though, it included the woman's answer, sparking controversy and leading Newt Gingrich to say his mother did not know she was on television. Chung says that isn't true.

Chung is among the first prominent female journalists to openly share a desire for work-family balance. At age 38, she married broadcaster Maury Povich after dating him for about seven years. Povich had two children from a previous marriage and had no strong desire to have another child, she says. Nonetheless, she says, he was willing to do it because he knew it's what she wanted.

At the time, Chung was supposed to be the only correspondent for the hourlong, weekly magazine program Face to Face. She gave it up so she could attempt in-vitro fertilization. In the end, she and Povich adopted a son, who is nearing age 16 now.

To women who are trying to do it all, Chung advises, "You can't juggle it all 100 percent. You don't have to be perfect. You don't have to do everything." She adds that women should share duties with whomever they are living with, and if it doesn't work out — "chill a little."

In terms of her own upbringing, Chung is the youngest of 10 children. Her father, William Ling Chung, was an intelligence officer in the Chinese Nationalist Government. Five of his children died during wartime, including boys. The remaining children immigrated with their parents to America in 1945. Connie Chung was born in Washington in 1946.

That family legacy was profound, she says. In China, having a baby girl meant she'd grow up to become a wife; women traditionally moved in with their husbands' families. Because her father did not have anyone to carry on the "Chung" name, she says, she wanted to give it significance. She wanted to compensate for the disappointment.

Now, she says, she is as "American as anybody." But she describes herself as "just Chinese," not Chinese-American. She is not hyphenated, she says. Growing up, she felt the hyphen denoted "half and half," but she doesn't consider herself half and half — both of her parents are Chinese.