Accessibility links
Summer Television: A Time Of 'Men,' Werewolves And Aliens Critic Eric Deggans looks at summer television, including the return of a well-regarded ensemble show on TNT, the arrival of a couple of sci-fi series, and more.

Listen
Summer Television: A Time Of 'Men,' Werewolves And Aliens 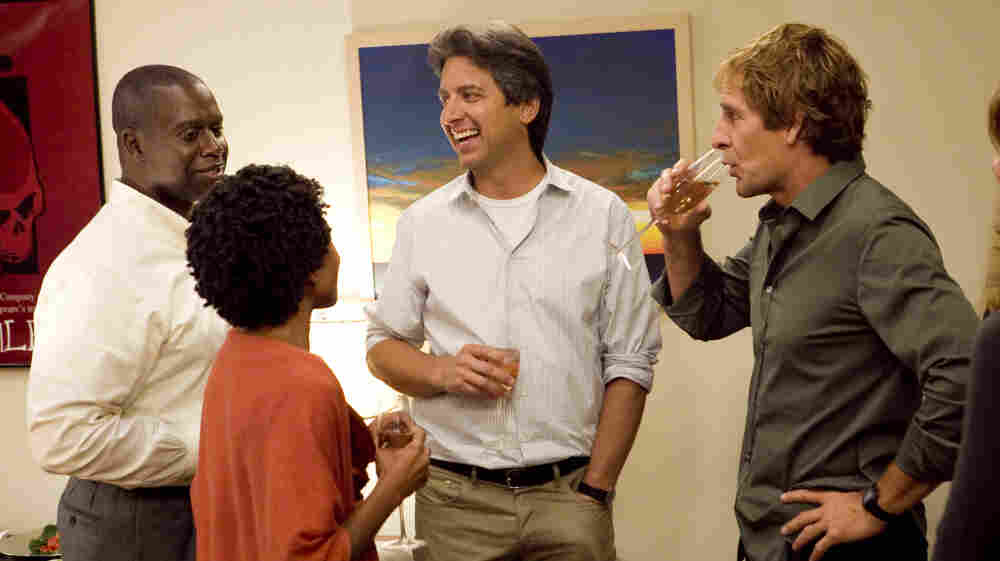 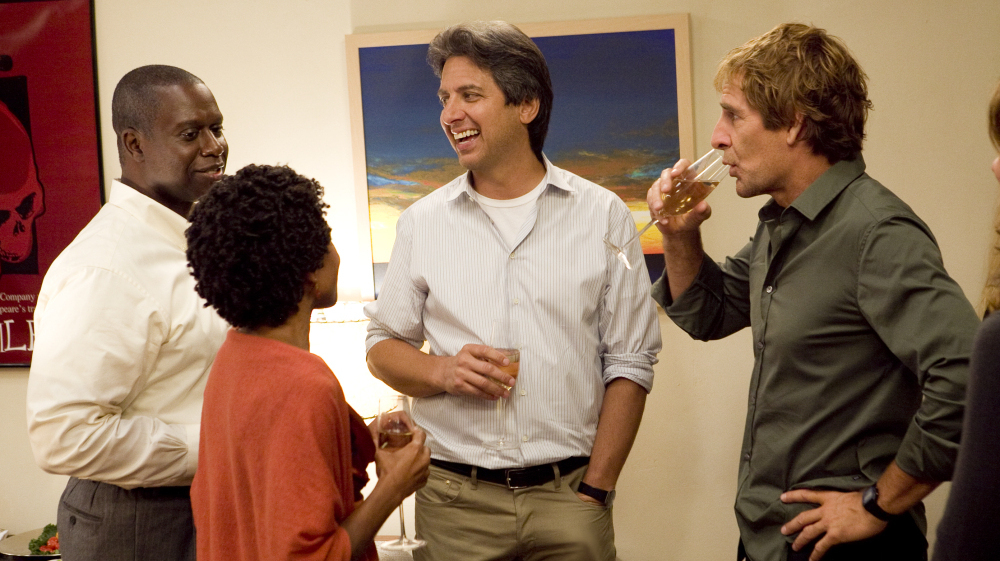 Feel like you're drowning in a flood of so-called "reality" television, Canadian series imports and new cable shows?

It's not you, it's TV; specifically, the oddball land of summer television.

As the big networks try to avoid looking like they've gone fishin' for summer and cable amps up its schedule, there's a new universe of programming for small screen fans to sort though. And there's a few standout series worth seeing — and avoiding — in the weeks to come.

Among my faves: TNT's Men of a Certain Age, a series airing at 10 p.m. Wednesdays centered on the surprising challenges, tragedies and triumphs for American males nearing the big 5-0. Ray Romano brings a second lightning strike after the success of his hit sitcom Everybody Loves Raymond, assembling a compelling take on male friendship and aging with pals Andre Braugher (Homicide: Life on the Street) and Scott Bakula (Quantum Leap).

Another amazing series coming to the Starz premium cable channel July 8 is Torchwood, an Americanized take on a classic British science fiction series starring an immortal, gay former con man who leads a secret organization aimed at saving the world from various perils. In this series, Torchwood: Miracle Day, people across the world stop dying and CIA agent Rex Matheson (an electrifying Mekhi Phifer, previously seen on ER), grabs up the top two agents from Torchwood to try solving the problem in the USA.

For every success like Torchwood, however, there is a failure like MTV's Teen Wolf; an attempt to "tween-ify" and dramatize an old concept first seen in a 1985 film comedy starring Michael J. Fox. Instead of a cableized Vampire Diaries-style take on the wolfman myth, MTV got a warmed-over, underacted mess that feels more like a bad Twilight parody.

Similarly, TNT's upcoming science fiction extravaganza Falling Skies debuts at 9 p.m. June 19 with a dazzling pedigree, including executive producer Steven Spielberg and star Noah Wyle (ER). Unfortunately, this eight-week series, dramatizing the efforts of a scrappy band of humans to fight a superior alien invasion, sandwiches every sci fi cliché from Battle: Los Angeles to War of the Worlds into one predictable program.

My suggestion: watch Independence Day and Red Dawn on Netflix instead, and you'll be ahead of the game.