Accessibility links
Claudia Acuna, Branford Marsalis On JazzSet Once upon a time, an NPR Music series called JazzSet With Branford Marsalis visited clubs, concerts and festivals across the country and around the world. Today, our founding host runs his own record label, and JazzSet visits the Marsalis Music Stage at Newport, where Chilean-born Claudia Acuna sets political folk songs to the sounds of jazz. 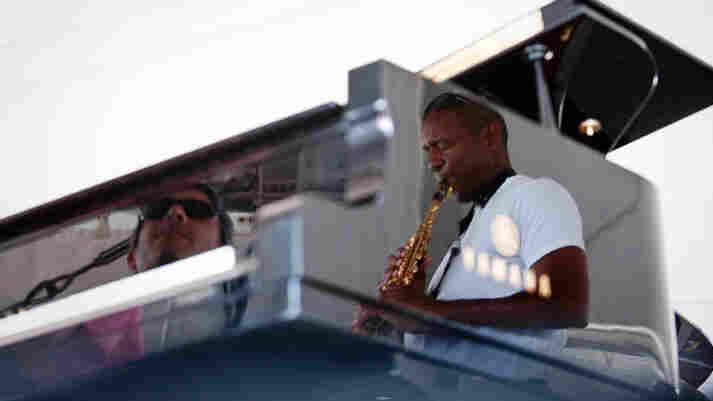 At the 2009 Newport Jazz Festival, Marsalis Music programmed an entire day on the Waterside Stage. Joey Calderazzo played with the North Carolina Central Jazz Combo. Claudia Acuña sang, as you'll hear on this set, and Branford Marsalis did a walk-on. Then he came back for duets with Calderazzo. We have some of the highlights on this JazzSet.

Inspired by this very set, the two decided to record an album, Songs of Mirth and Melancholy. As you listen, you might check out Marsalis and Calderazzo's Top Five Jazz Duos on A Blog Supreme.

Claudia Acuña was born in Chile in 1971. She grew up loving the radio, and ever since junior high, she's been singing, singing, singing. In the 1990s, she came to New York to live her jazz dream. 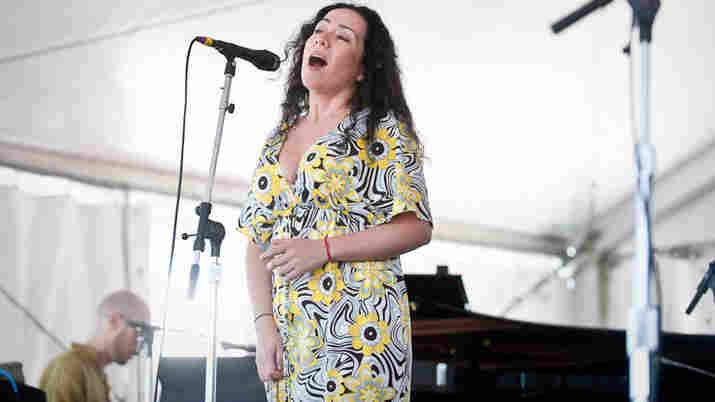 Then pianist Joey Calderazzo brought her into the studio, and Marsalis got excited. He invited Acuña to make her next record for Marsalis Music, assuring her that the choices would all be hers. Two of the songs from En Este Momento in her concert come from Chilean songwriters.

Born in 1971, Acuña describes herself as "from the lost generation. In the 1960s, before I grew up, the political and musical Nueva Cancion [New Song] movement was rolling already for 10 to 15 years" through Chile, Cuba, Argentina and Panama. Violetta Parra, Acuña says, was "the most important folksinger in Chile, the first female folksinger on the radio," and Victor Jara was called the Chilean Bob Dylan. It came to a bloody end. In 1973, the president was assassinated, many innocent people were killed, and Jara was arrested and murdered. Parra's life ended in suicide.

Yet the songs Acuña has chosen are full of hope and humor. Parra's anthem, "Gracias a la Vida," means "thanks to life." And Jara's "El Cigarrito" is the "little story of a man that wants to smoke, but doesn't have money to buy papers or tobacco. He looks on the floor for a cigarette butt [and asks himself], 'Does she love me?' When he finally gets paid, he rolls one, smokes some and leaves the rest behind." To Acuña, the lyric asks, how fast can a minute go? How many thoughts can you think in one cigarette?

Acuña herself wrote "That's What They Say" at the beginning of the Iraq War.

"I visualized taking a walk with God and having a conversation," she says.

For the second half of the show, Branford Marsalis and Joey Calderazzo continue the conversation on tenor and piano. Their concentration, control and communication are as good as it gets.