Accessibility links
Palestinians In Lebanon Find A Political Tool In Hip-Hop Daily life in Lebanese refugee camps, combined with the example of American hip-hop, has inspired a new generation of Palestinian rap artists to speak out. 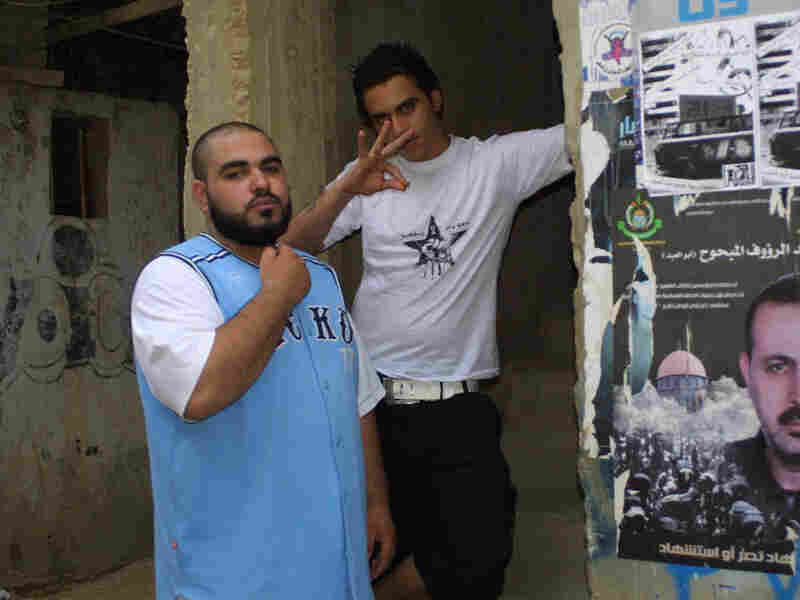 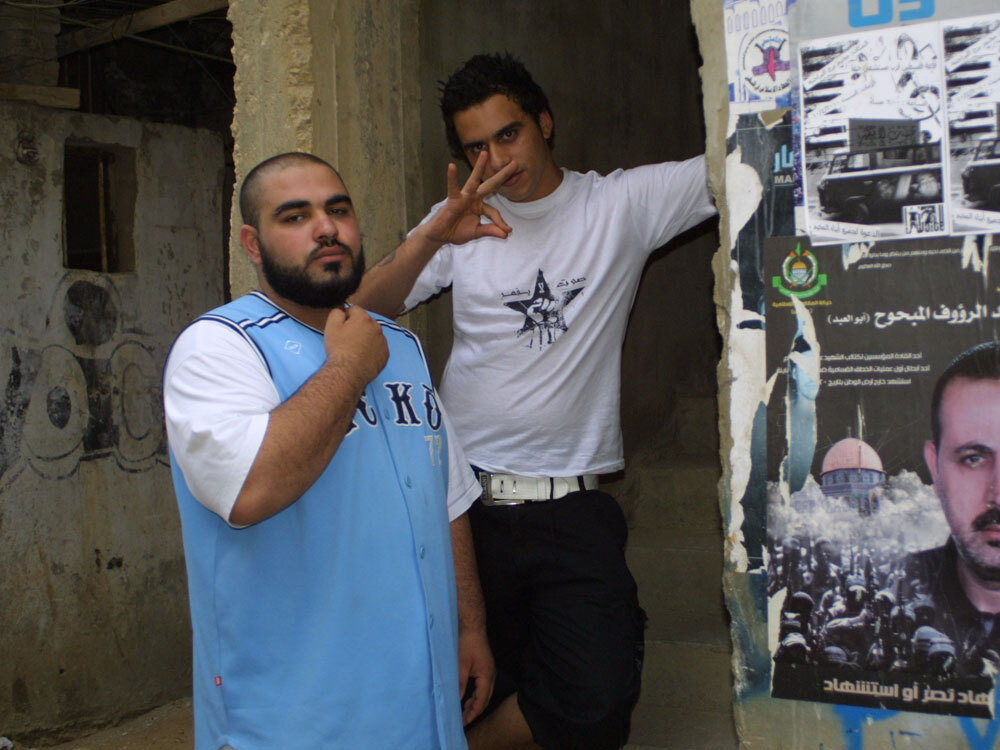 Walking through the serpentine streets of a Palestinian refugee camp on the outskirts of Beirut, Mohammed Turek stops at his homemade recording studio. It measures only 6-by-12 feet, and the walls are covered with foam-rubber baffling and political posters. Turek, known as TNT, records tracks here for his rap group, I-Voice.

Still in his early 20s, TNT is already a veteran of the local hip-hop scene. He doesn't speak English, but says he has drawn a lot of inspiration from American rappers — like the late Tupac Shakur, whose video for the song "Open Fire" struck a chord with the young artist.

"I saw the graffiti street art," he says, speaking through a translator. "They lit a fire on the street and I liked that. It could have been a Palestinian camp in Lebanon."

Palestinian rap can be traced back to 1999, when the Israeli Arab group DAM began rhyming about resistance to occupation. But as hip-hop spread to Lebanon a few years later, the music started to incorporate themes specific to the Palestinian experience there. The song "Welcome to the Camps" by the Beirut group Katibe 5, for example, criticizes the Lebanese army occupation of Palestinian refugee camps and government corruption.

Most of the camps in Lebanon were established in the late 1940s, after Palestinians fled Israel. They have come to function as small cities, beset by poverty and guarded by the Lebanese Army. Angie Nassar, an American of Lebanese descent, is a journalist in Beirut and a graduate student writing her master's thesis on Lebanese hip-hop. She says the hardships of daily life in the camps have led Palestinian rappers to largely reject the gangster image popular with some of their American counterparts.

Rapper Osloob, a member of Katibe 5, says there is a parallel between black ghettos in the U.S. and Palestinian camps in Lebanon — two segregated communities on opposite sides of the Earth. At the same time, he says, the camps do help the Palestinians maintain their national identity.

"The camps keep the Palestinian culture in the Lebanese community," Osloob says. "We need to never forget the history."

"We find people who play the oud [a lutelike Middle Eastern instrument] and other instruments, such as Arabic drums and keyboards tuned for the Arabic scale," TNT says. "We don't sample someone else's music. We record everything live."

While these efforts to fuse rap with classical Arabic music have attracted young Palestinians, some conservative Muslims in Lebanon still criticize hip-hop for being imperialist, Western music. But Ghazi Abdel Baki, who runs the independent recording label Forward Records in Beirut, says he disagrees.

"Some of them, the purists, consider it a Western mode of expression that is not ours," he says. "But Vivaldi is not European anymore. It's a heritage of the world."

TNT says that, while American hip-hop initially inspired him, it's the Palestinian people who continue to give him stories to tell.

"Palestinians are so proud of the rappers," he says. "When I get back here from Europe, even if the flight is at 4 a.m., people are waiting for me. I'm like an ambassador."