Accessibility links
Biting Into Demon Fish: A Chat With Juliet Eilperin Juliet Eilperin's Demon Fish explores the hidden world of sharks. We spoke with the author about diving with Great Whites, the adorably-named cookie-cutter shark and why sharks make terrible parents.

Biting Into Demon Fish: A Chat With Juliet Eilperin

Biting Into Demon Fish: A Chat With Juliet Eilperin 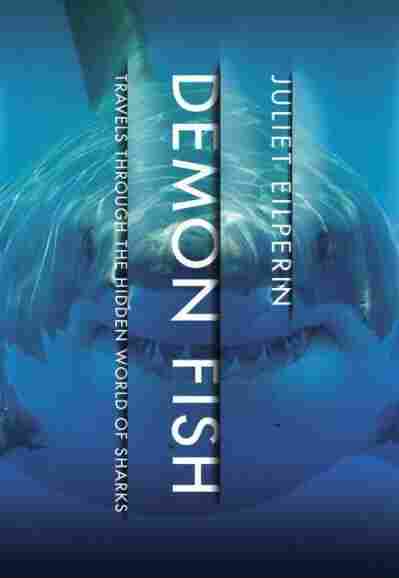 Next week, Juliet Eilperin's Demon Fish: Travels Through the Hidden World of Sharks hits shelves, and it is poised to be one of the summer's most compelling beach reads — and not only because it will make you aware that mere feet away from you, there are likely hundreds of hungry, carnivorous fish lurking in the water.

Sharks are one of those species that inspire obsession; along with grizzlies, cougars, scorpions and other animals that can take a man down, sharks seem to continually captivate the public. Look at Shark Week: The Discovery Channel's programming block dedicated to the species has become the entire network's calling card. This year, SNL star Andy Samberg will host the week, and several other celebrities will make cameos. There are rumors still swirling about a modern remake of Jaws. Sharks are big business.

Using their likenesses for Hollywood hits is one thing, but the other money-making opportunities surrounding sharks are far more sinister. Shark fin soup is a delicacy in the East, but the poachers who provide the ingredients are sending some shark species into threat of extinction. It is this world of shark hunting and conservation that Eilperin dives into in Demon Fish, exploring the ways that different cultures have worshipped, protected and harmed sharks over time.

We spoke to Eilperin from her office at the Washington Post in DC about her book, swimming with Great Whites and writing a travelogue with a newborn infant in tow. 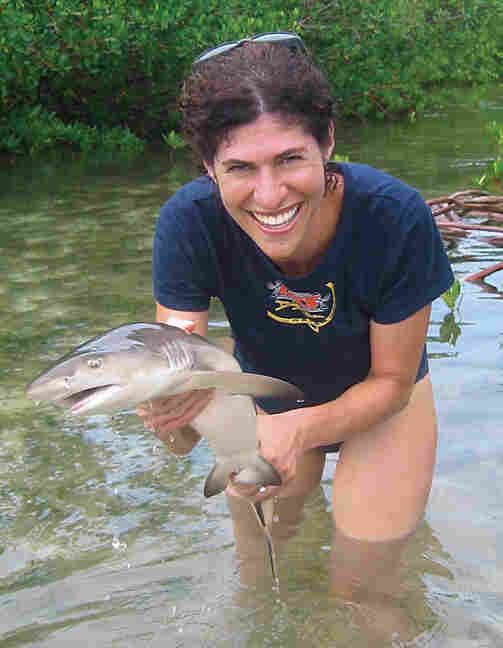 Let's start with a softball question. What is your favorite shark?

I like the cookie-cutter shark. It has a cool bioluminescence. It has a dark collar, so it can trick prey into thinking it is a school of fish. And it bites cookie shapes into prey. It is both entrepreneurial and underestimated.

So, why sharks? Your writing for the Post is about national politics and elections.

Really what happened is I wanted to do something about oceans, because I really enjoy writing about them. I think they are underreported and can be more encouraging than the things I write about day in and day out. So I talked to a bunch of different people about what angle to take and people brought up things that put me to sleep, like fish farming. Finally, Joshua Reichert of Pew told me I should write about sharks, and I said okay...make the case. He told me that we are learning all this incredible stuff through science now, and also they are basically like the buffalo. The buffalo were over-hunted, at the tail end, people in the east became obsessed with having buffalo tongue at dinner parties. And that's what we are seeing with sharks and shark fin soup. Sharks are at a tipping point. We are just at a moment with these creatures that we haven't been in a long time. There is a legitimate question about whether or not they will survive the pressures upon them.

You had to do a lot of traveling and getting in the ocean for this book. What was your scariest encounter with a shark?

Probably the encounter that freaked me out the most was when a giant whale shark was coming at me when I was off the Yucatan. I was trying to make sure I had the best vantage point on the shark, and I never thought, because they are non-threatening filter feeders, you could have a massive, massive fish coming towards you. I had to duck. The irony is the most harmless shark in the sea is the one that freaked me out.

Watch the trailer for Demon Fish.

Come on, not the Great Whites? You had to swim with Jaws!

Actually, when I went cage diving off South Africa for the Great Whites, I really wasn't scared at all. There was this moment where I had tipped over to the other side where I was focused on how attractive the sharks looked and how beautiful they were. There was no question that I was nervous, but I had seen so many images before, both in images and popular culture, and I really was just admiring the sharks as they came by. There wasn't a moment of terror the way I thought there would be.

You took your newborn son on that trip to see the Great Whites. Why did you bring a baby with you?

Well, I initially met my husband a few weeks after getting the book contract--in the time since I started the book I got married and had two children. A lot can happen in four years! Most of my diving was done before I had my first child, because you can't go diving when you are pregnant. What did happen was then I got pregnant, I was doing reporting but not diving. And then my editor said I really needed an Africa chapter less than two months before I needed to give birth. So I had to combine maternity leave with a trip to Africa, and due to a passport issue, I had to take my newborn son with me to Cape Town, when I had 24 hours to find a babysitter for him before going diving with Great Whites. I also took him to Japan, and he was on a shark fishing boat at six weeks off Miami. I'll be curious to hear how it affects his psyche years from now.

Did you like meeting all of the people in the shark world? Your book contains such a motley crew of characters, from conservationists to fishermen to tourboat captains.

Well, marine biologists are this incredible combination of being geeky enough to be interesting to talk to, along with the adventure and athleticism. I loved hanging out with them. There's no real overarching theme to the people in the world, except that anyone dealing with sharks has a sense of adventure. They are people who accept risk into their lives.

What was the most shocking thing you discovered about sharks while writing the book?

First, they are physically much closer to us than we would imagine. There are times when you are swimming with sharks in the water and you wouldn't know it. The data proves that. Also, we are connected to them evolutionarily, there are muscles we use to chew and to talk; those are descended from sharks. I had never made any evolutionary connection between humans and sharks.

But mostly what shocked me was how they are terrible parents. I hadn't really thought about the fact that sharks abandon their young. Not that I had an image of them as warm and cuddly creatures, but I hadn't spent time thinking about the fact that sharks give birth and give only so much sustenance for the babies to survive, and then go off somewhere else. That to me was a little freakish.

So do you wake up every morning thinking about fish now?

I do not "live every week like it's shark week," as people have asked me. Sharks aren't my entire life. But I'm so glad I got to spend time in this world. Like so many others, I was always compelled by a creature that can attack without warning. It plays into that primal fear, the darkness of nature.