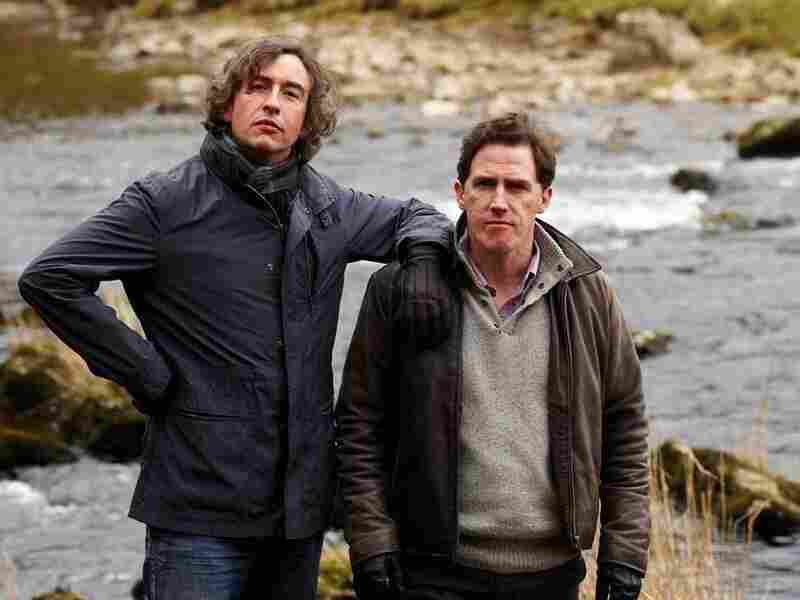 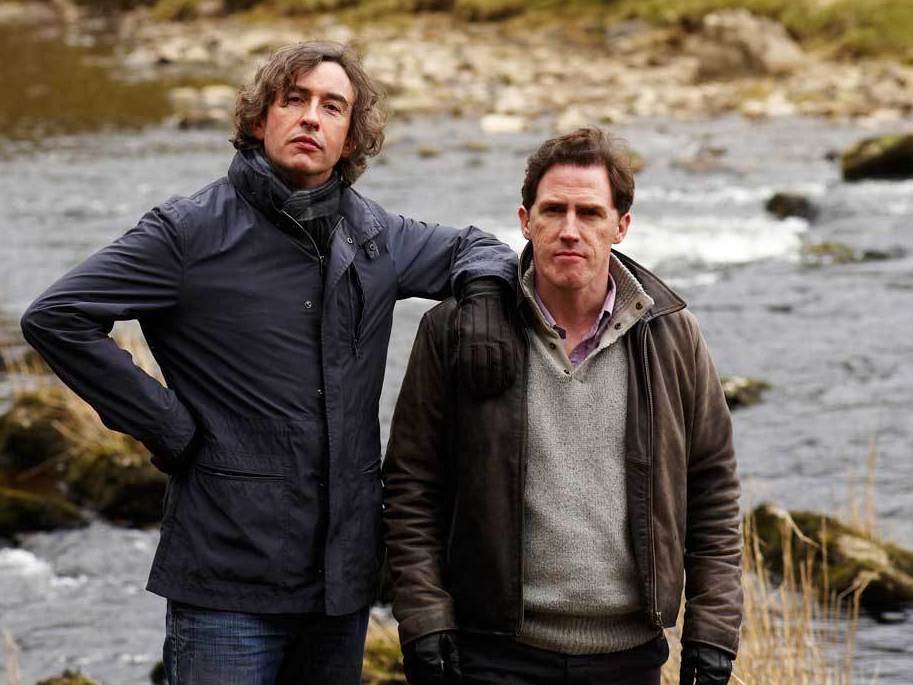 Steve Coogan (left) and Rob Brydon tour Northern England and engage in a battle of competing impressions in the road trip comedy, The Trip.

Comedian, writer and producer Steve Coogan, an icon of British comedy, is best known for playing his character Alan Partridge, the "nerdy radio DJ with a terrible taste in sweaters and an inflated ego."

As Partridge, Coogan was often compared to Garry Shandling in The Larry Sanders Show and Larry David in Curb Your Enthusiasm, for his ability to improvise and play with the tiny details of life.

In 2006, Coogan took his comedy skills to film, starring in the scripted Tristram Shandy: A Cock and Bull Story, with fellow comic Rob Brydon. The movie interpreted the comic novel by Laurence Stern — often thought to be unfilmable — onto the big screen.

In Coogan's latest film, The Trip, he reunites with Brydon — but this time, the two men play fictionalized versions of themselves going on a restaurant tour of Northern England. Adapted from a BBC Two sitcom, the movie features the two men riffing off each other on a variety of subjects and interacting with various actors playing their relatives and friends.

Coogan tells Fresh Air's Dave Davies that playing a version of himself was harder than playing fictional characters, in part because of the way he had to think about himself in front of a camera.

"My biggest fear, really, was that it would be self-indulgent," he says. "Actors play my parents and actors play various people I meet, but the only real people are Rob and I. So it's a very difficult thing to try and be creative in that type of environment. But if you trust the person you're with, then you know when you're improvising you'll be able to create stuff and come up with ideas."

The idea for The Trip was first proposed by Michael Winterbottom, who directed Coogan and Brydon in A Cock and Bull Story. Winterbottom wanted something "more substantial" from the two actors, Coogan says. So the two comedians decided to give each other the artistic license to offend each other while filming.

"What makes it interesting is that there's an edge to it and a discomfort to it that makes it engaging," Coogan says. "It's not just a couple of actors saying, 'Get a load of me. I'm laughing at myself.' There are a couple of moments where I find Rob irritating — genuinely — and I respond naturally, but not the way that I would in reality."

In reality, Coogan says, he never does the impersonations that pepper his film roles, and he's not always funny.

"There is a certain insecurity and a certain kind of malcontentedness that [I] just channel into [my] work," he says. "Being creative means some of the things that bother you stop bothering you, because you exploit them creatively. So it's a kind of a strange process, but you need to have hangups and neuroses to be creative. If you're just in a state of nirvana, you're not going to be very interesting or funny."